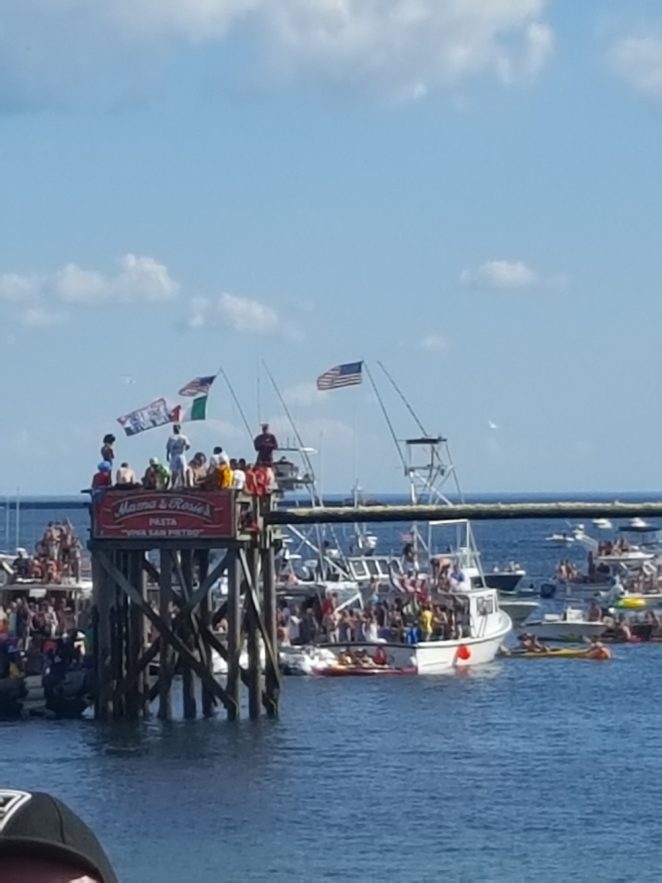 I first moved to Gloucester in 2000, it was a cultural  shock at first. Coming  from a busy urban city to a suburb took getting  used to. My husband introduced  me to all the local attractions including  this somewhat novel attraction. During  the  Festival of  St. Peter “The Patron St. of Fishermen” huge crowds gather on Pavilion Beach in the old Italian neighborhood to witness traditional sporting events, boat races with crews competing in boats named for the ships of Columbus fleet.

The main attraction in this 90 year old festival takes place 200 hundred feet from the shore. A 45 foot telephone  poll is attached to a platform extending over, the water a red flag is nailed to a stick at the end  of this  poll, which is then covered in heavy grease, then one by one contestants take there turns trying to  make, it across the poll to capture  the flag. Men enjoy dressing  in drag and women also give it a try, as for me my feet stay in the sand.