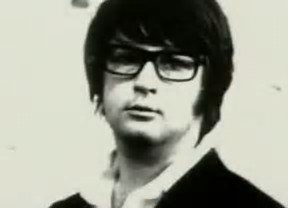 Remember the Beach Boys? I was looking for something to watch on Netflix this past weekend and stumbled across Love and Mercy – a film about the Beach Boys’ front-man Brian Wilson, who is portrayed by both Paul Dano and John Cusack. I’ll leave the link to explain why this film blew me away, however, ANYONE who wonders for a moment why there is so much interest and investment in mental health and well-being should watch this film.

Specifically, the film documents how Wilson started battling mental health issues in his teens in the 1960s, when mental health wasn’t recognised well. His odd behaviour, demonstrated by many other musicians, was universally tolerated. Plus, like many musicians, he existed in that musical world of late nights, wired and long days, and a constant focus that bordered on obsession with his art. As time went on, his behaviour grew ever more eccentric, and manifested in what might have been considered strange in other contexts, but was what boys in groups did back then, and possibly still do.

However, as seen in the film, the cracks started to show early on – Brian has a panic attack while on tour and stops going on the road with the band. For those of you who are sensitive to the subtle signs of something more than genius at work, you will see it contained within the film. The film also follows Wilson’s relationship with his father, the bully of the feature, who disregarded his views and minimised his son’s pain. If you ever doubt why the things we do now are important, think of how much better Wilson could have fared with the right support, if he was not left to an unscrupulous, manipulative, coercive “helper” who exploited him and kept him sick for years. This “Helper” was also portrayed as having the same kind of behaviours that we see in relationships where there is abuse – not just with partners, but also older people.

These days we are fortunate to have a much better understanding of mental health and what can actions or events can lead to an illness. We know far better what helps prevent escalation. We also know what issues can take people from a vulnerable position to becoming even more anxious, depressed or suicidal. Things have improved immensely. We also have many more professionals who are trained to spot these behaviours and stop older people, along with the young and vulnerable from being exploited and unfairly shielded from the right kind of help and support. Wilson was once a young man living in a world where no one, until his second wife came into his life, saw what was actually happening to him. He was left drifting in and out of consciousness by the myriad of drugs he had taken.

As Wilson states in his many interviews, his wife saved his life.