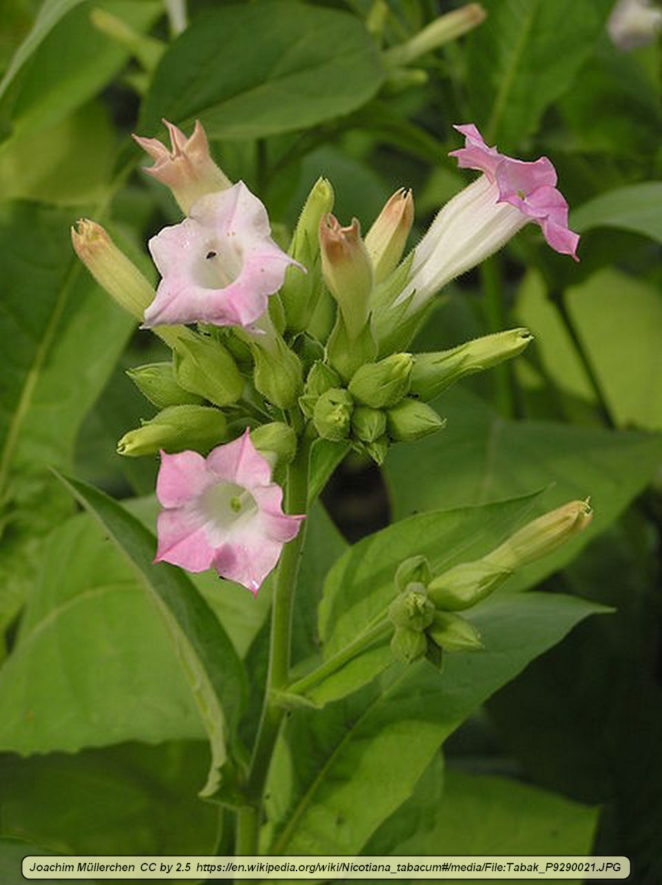 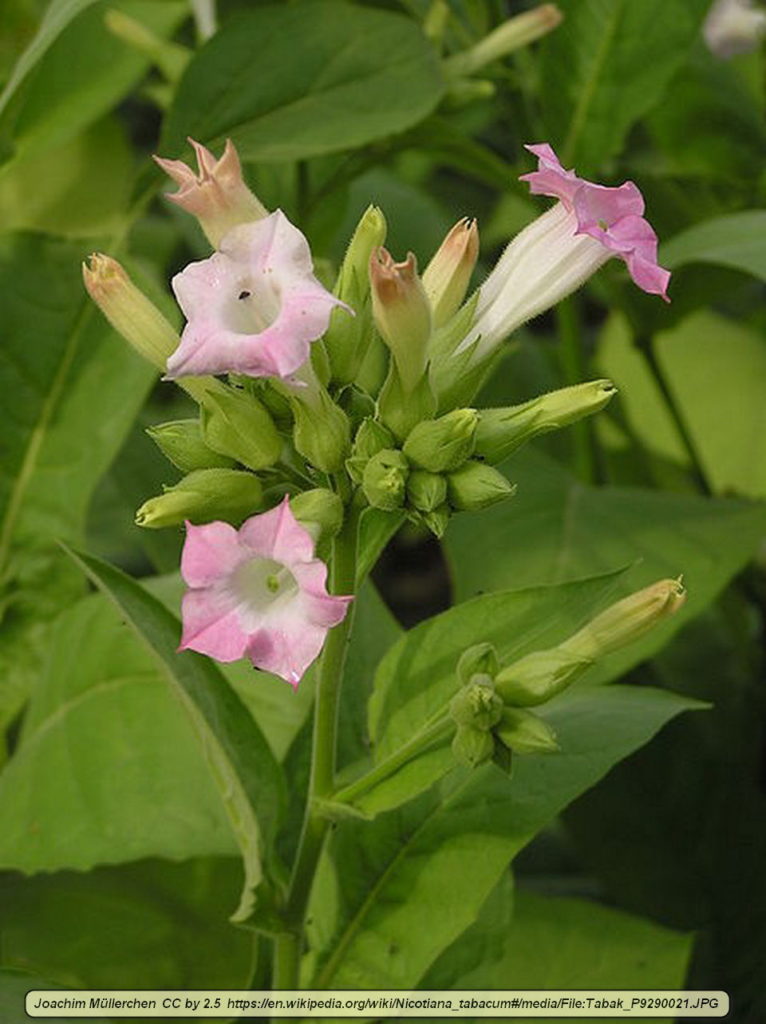 Especially in the last two decades, there has been quite a battle being waged against tobacco, tobacco companies, and smokers. Would it surprise you to learn that tobacco is actually a strong and good medicinal plant that is largely responsible for the US even coming into being?

Tobacco (Nicotiana tabacum) is a member of the nightshade family, which means that it is closely related to tomatoes and potatoes. The leaves are the part most commonly used medicinally and this is the part that is normally smoked as well, so a disclaimer is needed for this plant.

That said, Native Americans have been using tobacco medicinally for centuries. It has been used as a relaxant and to soothe toothache pains and sore gums. Green tobacco leaves have been and sometimes continue to be used to relieve swelling and pain of bee, wasp, and other insect stings.

The leaves have also been used to treat rheumatism, skin diseases, skin ulcerations and scorpion stings. A very weak tea has been used as a sedative, antispasmodic and expectorant. Weak tea is a treatment for upset stomach and motion sickness. An age-old effective treatment for earaches in children is to blow tobacco smoke into their ears. Believe it or not, it does work. (Please note the disclaimer before trying tobacco tea internally.)

Tobacco leaves are also a very powerful insecticide and insect repellent. This property is strongest in fresh leaves, but dried tobacco also has the insecticide properties. Tobacco tea, applied to the skin, repels mosquitoes and ticks. It can also be sprayed on rose plants and fruit trees to repel aphids and other harmful insects, as well as to kill those that are already present.

The spray should not be used on tomato plants, though, because the tomatoes can become infected with tobacco mosaic disease, which can be deadly to tomato plants.

Sprinkling dried tobacco throughout the garden (except near tomatoes) and in flowerbeds will deter many insect pests. The dried leaves will also deter fleas outside the house. It isn’t recommended to use tobacco or tobacco tea directly on pets, however, because of the effects of nicotine.

As a tidbit of information that many people aren’t aware of; the colonization of America largely happened because of tobacco and this plant primarily funded the revolutionary war. At the time, the US had virtually no foundries, so rifles, muskets, and cannons couldn’t be produced here. However, there was a huge market for tobacco throughout most of the world and much of the US was suitable for growing it. Thus, there was a revenue stream that was used to buy the raw materials needed for producing weapons. (Mostly, the material came via Canada and mostly from France.)

As an unfortunate side effect of tobacco plantations, a huge population of slave labor was used to work the fields, long before there was a need for the labor in cotton fields. Many people equate cotton plantations with the slavery that occurred especially in the south-east. (This is partly from the movie, “Gone with the Wind“.) However, that slavery might never have gained a foothold without the need for labor in tobacco fields, to begin with.

According to some estimates, at one time, African slaves outnumbered white colonial slave owners between ten to one and a hundred to one. Without pointing out that it is morally wrong and against Christian principles for one human to “own” another; without tobacco, there would be next to no African-Americans today. Slavery was a sad event in America, however, it resulted in our country being far richer today, thanks to the original blacks that endured atrocities of those times. Still, it all comes back to tobacco.

It could realistically be said that without tobacco, the US wouldn’t have come into being the way that it did, it wouldn’t have become a major super-power, it wouldn’t be continuing to supply wheat and other food throughout the world, and the US would most likely be about 100 years behind what it is today. This could be good or bad, but the fact remains that Americans largely owe the existence of their nation to tobacco. Little thought is given today about any of this. But then, little thought is given to the medicinal value of tobacco, either.

It is rather amazing, isn’t it?