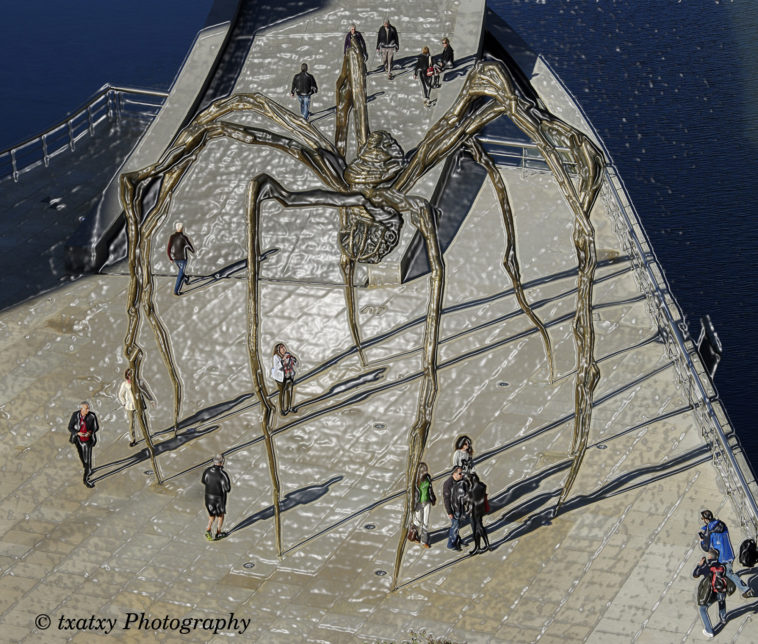 Maman, almost 9 meters high, is one of the most ambitious sculptures of Bourgeois and belongs to a series inspired by the spider, a motif that first appeared in several drawings made by the artist in the 1940s and Occupied a central place in her work during the 1990s. The spiders, which Bourgeois presents as a tribute to her mother, who was a weaver, reveal the duplicity of the nature of motherhood: the mother is protective and predatory to it weather.

The spider uses silk both to make the cocoon and to hunt its prey, so the motherhood embodies strength and fragility. These ambiguities are intensely reflected in this gigantic Maman, which stands ominously on legs that resemble Gothic arches and act at the same time as a cage and protective shelter of a bag full of eggs that are dangerously attached to her abdomen. The spider causes fear and fear but its great height, strikingly balanced on a few legs, conveys an almost touching vulnerability.