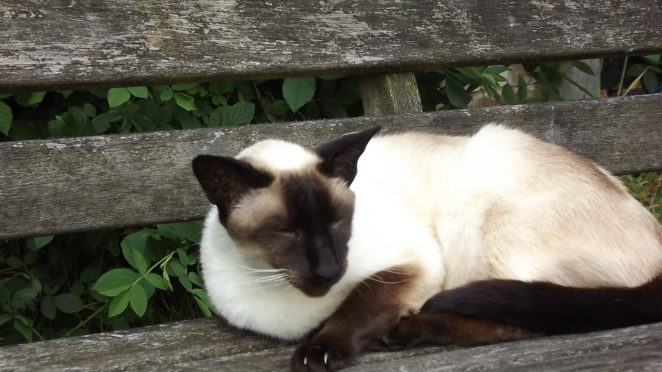 Pussy cat, pussy cat, where have you been?

I’ve been to London to look at the Queen.

Pussy cat, pussy cat, what did you there?

I frightened a little mouse under her chair.

This little rhyme may have its origins in an actual incident in which a cat played a small part in the life of a monarch and got the best of the deal.

Cats are renowned for doing exactly what they want to do and being no respecter of persons. The old saying “A cat may look at a king” bears out this truth, and may indeed originate with the incident that gave rise to the rhyme.

The monarch in question was Queen Elizabeth I, but the cat remains nameless. It seems to have been an elderly tomcat that wandered round Windsor Castle and went wherever he felt like going. One day he decided to settle down for a snooze underneath a large chair that was actually the throne used by the Queen when dealing with official business and holding royal audiences.

As the cat slept on, the Queen arrived, as did her courtiers and the dignitaries, possibly foreign ambassadors, who had been granted an audience.

All the scraping of feet on the tiled floor, and maybe the occasional barked order, caused the cat to wake up in a state of panic. He did what all cats do under such circumstances and ran for safety – right underneath the Queen’s robes and between her feet, much to the alarm of everyone assembled and especially the most powerful person in Europe, namely Queen Elizabeth I.

The Queen screamed and flunkies ran after the cat as it tried to flee from the room. They caught it and – after the audience was over –brought it to the Queen so that due sentence could be passed.

However, Her Majesty, now fully recovered from her fright, was able to see the funny side of the affair and was prepared to be lenient. She gave a royal command that the cat was to be allowed to continue to wander round the castle as he wished, as long as he did a good job by helping to kill rats and mice.

Cats have always been useful in vermin control, and the tradition has continued down to the present day of giving due respect to cats in high places. For example, two regularly seen residents of London’s Downing Street are government employees named Larry and Palmerston. Larry is the latest holder of the office of Chief Mouser, which is a huge step up from his previous life as a stray tabby rescued by the Battersea Dogs and Cats Home.

Larry, the Number 10 cat, has eventually learned to tolerate the presence of Palmerston, who belongs to the Foreign Office, although there have been disagreements between them in the past. The verbal squabbles in the Cabinet Room have been as nothing to the real catfights that have taken place in the street outside! 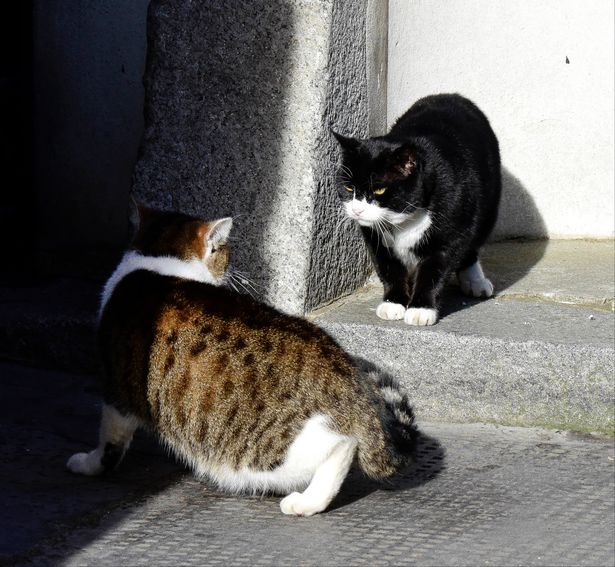 (Larry and Palmerston seeing eye to eye in one sense, but not the other)