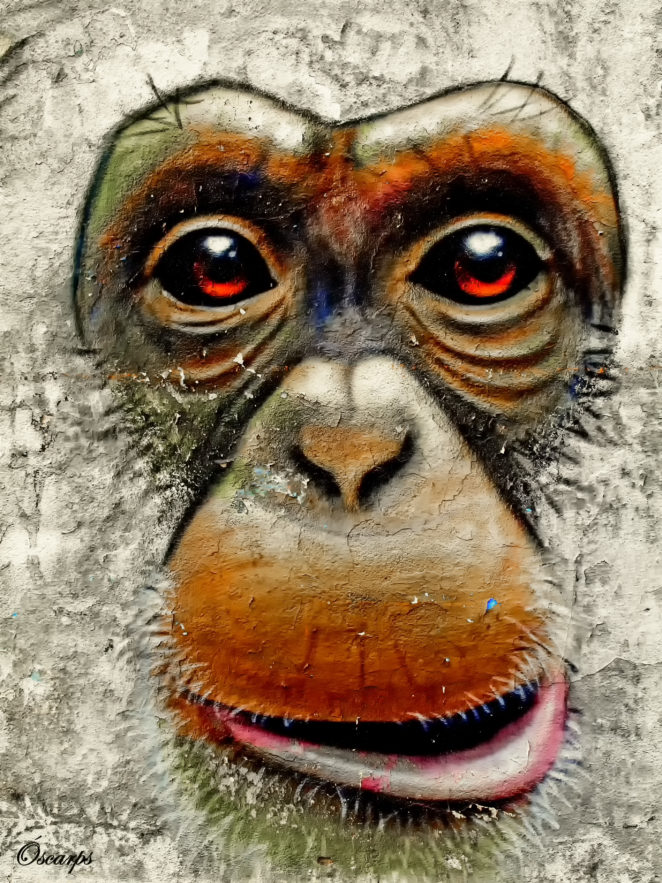 Chimpanzees – along with the bonobos – are the living relatives closest to the human being; Its evolutionary branch separated from the branch of humans about seven million years ago and share 96% of the DNA with them. It is characterized by its advanced intelligence often compared to that of humans. For example, it has been observed that young chimpanzees build “dolls” and other toys with sticks and sticks.

Chimpanzees are both arboreal and terrestrial, spending the same amount of time on trees as on the ground. Their usual mode of movement is on all fours, using the soles of the feet and the second phalanges of the fingers, and they can walk in bipedal position only for short distances.