During the Spring Garden Shows at South Coast Plaza mall, I picked up some food recipes at some stores, such as William Sonoma, Crate & Barrel, and Sur La Table. I will list six food and drink ideas from the event.

I added a snapshot from my IMVU life, where my avatar is hanging out in the backyard of her IMVU Villa. I think she has her small dog with her, which is sitting in her purse. 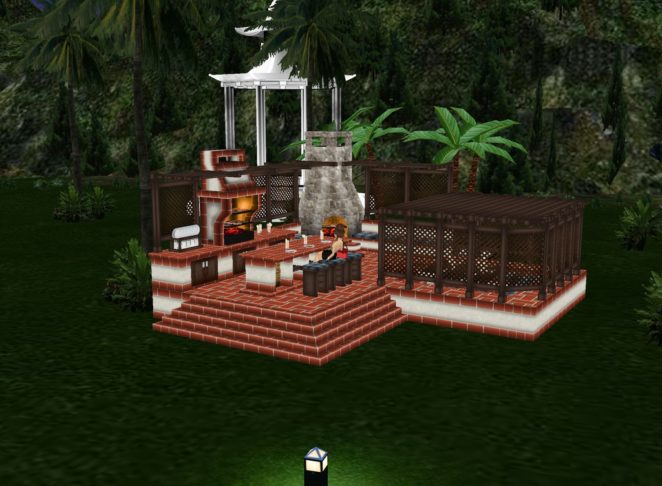