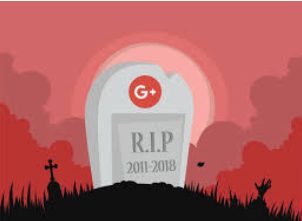 On April 2, 2019, Google shut down the consumer (personal) version of Google+, a social network by Google.(YEAH WE ALL KNOW THAT!) … No other Google products (such as Gmail, Google Photos, Google Drive, YouTube) will hopefully be shut down as part of their, so-called consumer Google+ shutdown.

That was then, what’s happening now?

What about Gmail, in 2020 the Google Account we all use to sign in to Virily. etc.? A few weeks after Google announced that they will be shutting down Google Inbox, Google has announced. This announcement came on the heels of a recently announced data breach that happened on the platform during March of this year. Feb 27, 2020, What next, we might ask? well, I would highly recommend you grab a copy of their brand-new rules, since they are implementing 16 pages of them, ANYHOW! whether you figured out, by chance, what’s behind their NOW logo!