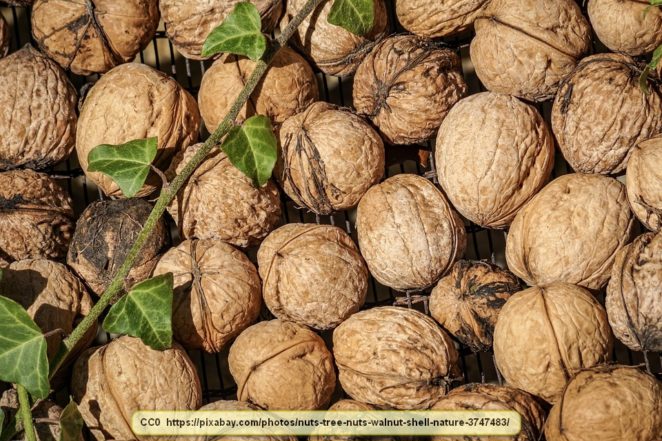 I’ll refrain from pointing out that walnuts aren’t nuts at all, despite the name. The point is that the walnuts that people put in desserts or buy in stores in the US late in the season are “English walnuts”, only, they aren’t actually English walnuts.

Black walnuts don’t have a very good market value because the shells are difficult to crack without pulverizing the ‘meat’ inside the walnut. However, long ago it was discovered that if an English walnut was grafted onto the rootstock of a black walnut tree, the resulting tree would be nearly as hardy as a black walnut tree and would have the disease resistance that black walnuts have. They also tend to produce heavily.

For this reason, in the US, nearly all of the walnuts that are sold in stores come from grafted trees. There are also wild black walnut trees, but again, the fruits of this tree are not commercially valuable.

The point is that grafting a tree results in a tree that has traits of both of the original trees. Thus, a grafted English walnut isn’t actually an English walnut, though it also isn’t a black walnut.

When I first learned this, we had two English walnut trees that produced about 500 pounds of walnuts each, every year. Imagine my surprise when one of the trees grew a branch that produced what looked like black walnuts. Both trees were over 75 years old, but both had been grafted.