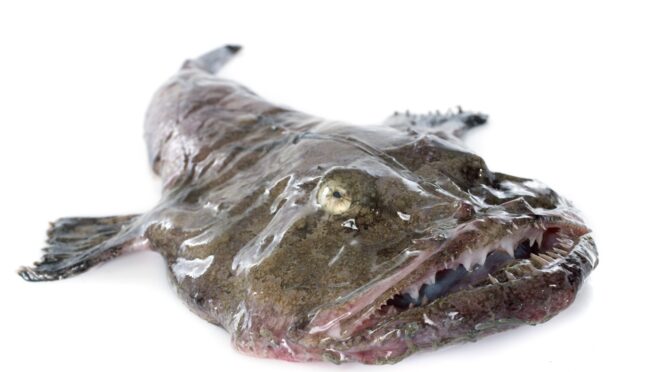 If I went fishing and caught a monkfish, managing to pull it out of the water I would probably go into shock when I looked at it close up. The monkfish is covered with warty brown skin letting him be camouflaged under the sea from predators.

His home is the eastern North Atlantic. The fish has an unusual fleshy lure that protrudes from the dorsal spine and hangs in front of its humongous head. This is meant to attract prey and when the fish comes along to take a look at the lure the camouflaged monkfish simply opens its jaws and in goes the poor fish.

When caught the monkfish becomes a delicious dinner. It is a white fish that has a firm texture and sweet flavor. It has been called the “poor man’s lobster.”