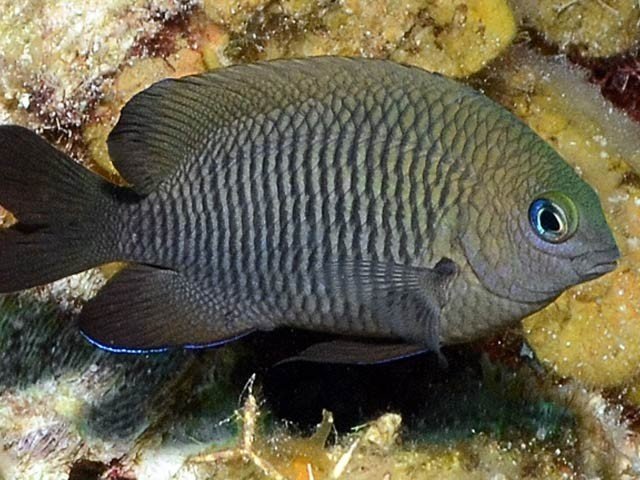 This is a kind of fish called farmer fish. It recruits little shrimp and builds algae deposits from them. Earlier, some types of ants used to breed a type of aphids. Ants feed on insects and in return they protect the ants from invading animals and this process is also called symbiosis in the language of biology.

Now experts from the University of Griffith and Deccan have spotted a fish in the coral reefs at the site of the bales, whose full name is Longfin Damselfish and she keeps mysid named shrimp by feeding them and in return take labor job.

These fish make heap of algae for their food. Here shrimp waste increases crop growth.In return, Shrimp gets a safe place to live. When someone come to eat shrimp the fish chases after the animal and chases it away.

For confirmation, scientists have conducted research in the laboratory and at sea itself. They noticed that the smell of Damselfish attracted Shrimp. Meanwhile, they forget the smell of their prey. Now, if anyone comes to eat these shrimps, the Damselfish chases them away.

Shrimp, on the other hand, increases the quality and yield of algae and improves the health of the fish. Experts noticed that when the shrimp were removed from algae it also lowered algae’s quality. Thus it is confirmed that the fish reared shrimp and got better algae in return.