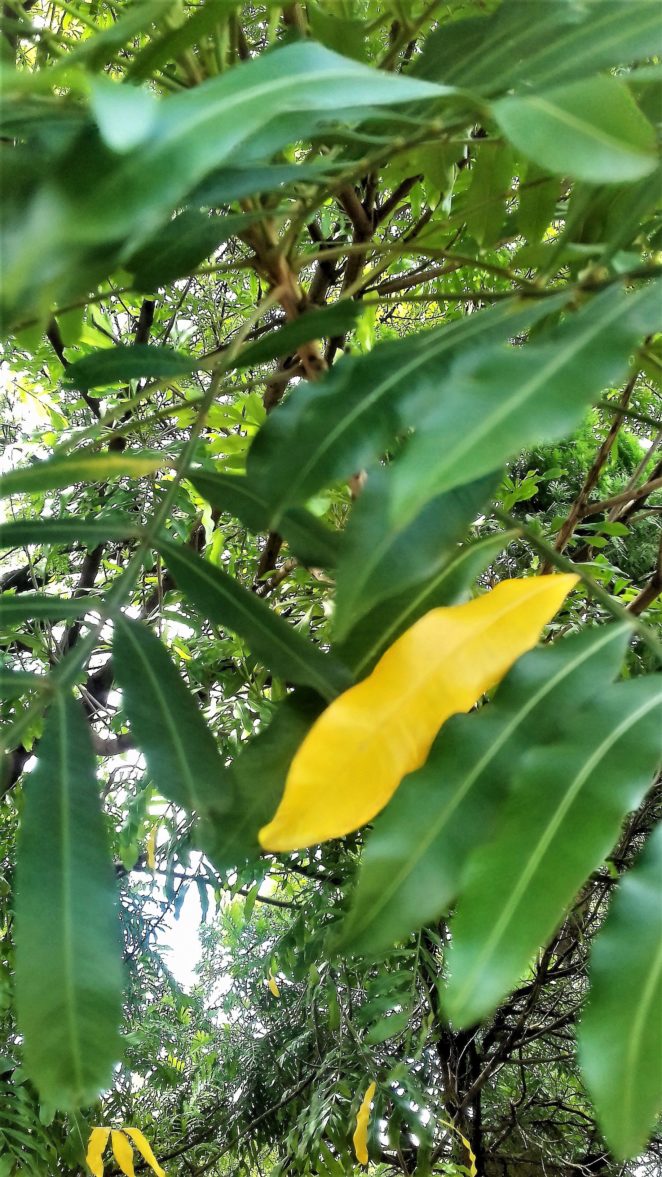 Many of my free time, I spend with plants. Either to take care of the garden, bonsai, or just sit close to the trees. Actually, it’s not just close, but also always try to invite them to talk.

My wife and two daughters are used to seeing me like muttering to myself like that, like me and you talking to our pet too. People who have never seen me talk alone with trees and plants certainly think I’m mentally ill. But that’s okay because they don’t know what I’m really doing.

A month ago, I visited the old wise man that I mentioned several times in some of my previous posts. The old man is a person who is very simple, sincere, and appears as he is. When I visited, he offered me and my wife a plate of boiled banana. He asked other guests – usually people who came to learn mystical or spiritual things or asked for help related to that – to get and serve boiled bananas and a cup of coffee for me.

When the guest presented it, the guest put it on the table jokingly, “Please enjoy, Guru. According to Eyang (a call for an old man which for most people it usually means grandfather), he has asked for this banana right from the tree”. I smiled at that joke, not because of his jokes but because I understood that strange truth. Apparently, those bananas were part of a large number of bananas which had been harvested two days before for a traditional Sundanese wedding. That old man then explained the guests’ means by humbly and naively, in his crude Sundanese language, that because up to a few weeks before the traditional ceremonies held, the bananas in the front yard of his house had not shown signs of fruiting yet, then he suggested that they, the banana trees, willing to provide him the fruit for the intended purpose.

Another conversation that also made me smile was how the small village where he lived was spared from the whirlwind which had indeed damaged several villages around him. As the wind grew harder and began to damage several parts of the house near his house he asked “To where you are going to move me?”, and the wind then gradually subsided.

People who think and speak with logic fully, will not understand it, let alone believe it, but it is a little reality that’s not just a story but also often I experience as a real with him. However, you don’t have to believe my story.