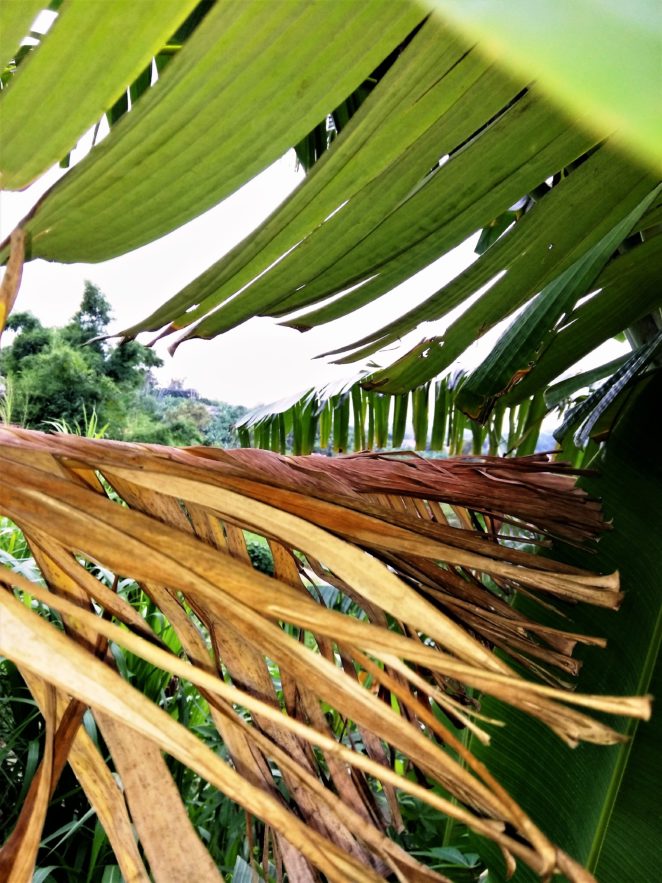 About two thousand feet southwest of my house there is a hill that is often used for motocross training even though since the beginning of this year I have not heard or seen the crossers rehearsing there. But last Saturday there seemed to be some people training there.

Since about five years living in this environment, I’ve never seen them closely but last Saturday I felt interested to see how they did it there. There is a road to get to that location to the bottom of the hill but it is a detour that has to pass through a highway, and I chose to take a shortcut that must pass through a vacant land that is also hilly and filled with bushes or banana trees.

I don’t know whether the path I passed has ever passed by someone else even though around me,  at least a hundred and fifty meters away there are several houses, because there really isn’t any trace here, water or human footprint. Still a few hundred meters away to arrive at the destination from where I had taken this picture, at the end of the crowd of banana trees that were quite tightly popping up in the middle of the weeds, which made me have to move carefully because I didn’t bring anything to separate it all, and to make sure my steps are safe.