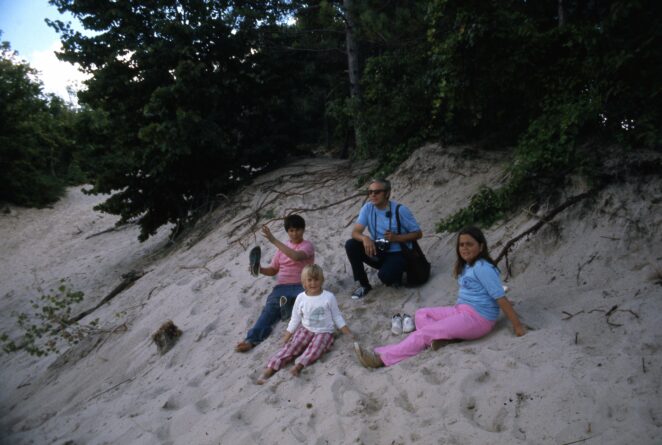 I know the longest i have listened to this theme was roughly 22 hours. If one kid wasn’t playing their gameboys the other was all the way from Indianapolis to Bangkok Thailand. We flew, and boy were my arms tired!

It is an iconic song. It will make most kids stop and listen. Even though there are no words. It is an iconic song because it shaped a generation. It was the first video game that exploded. yes there were games before Mario, but none were as big.

You could after all- only shoot so many asteroids before you mastered the universe!

With Mario, you got save the princess!

(the picture is from Paradise Michigan and was taken by my mother. It is of my sisters, my father and me).