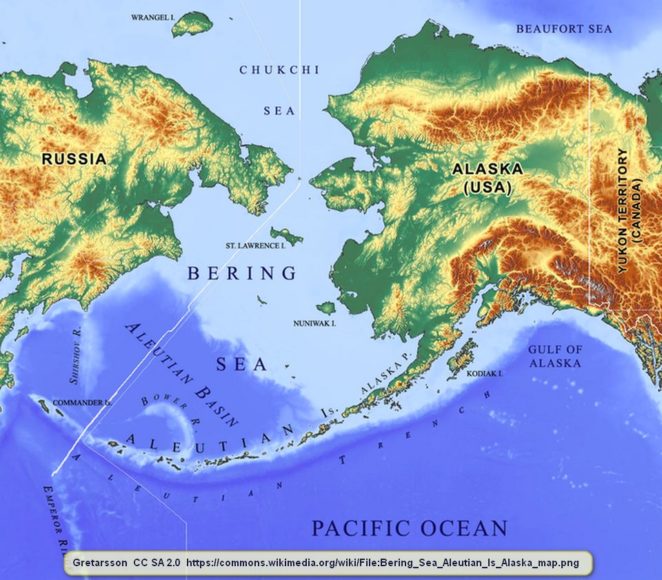 Most of the strange, silly, crazy laws that we’ve looked at in the US have been largely focused on the west so far. However, one western state needs to be included; Alaska.

It should be remembered that Alaska is easily the largest state in the US and is the most northerly one. Yet, it also has a very small human population. That hasn’t stopped lawmakers in Alaska from passing some silly laws. For instance:

* In Alaska, it is illegal to view a moose from an airplane. I can understand and appreciate that this is to prevent harassment of moose by planes, but the way the law reads, if you happen to fly over part of Alaska that has a moose population, you are not allowed to look out of the aircraft and look down. If you do and you see a moose, you’ve just broken the law.

* In Alaska, it is also illegal to push a live moose out of a moving airplane. This might be understandable, except that most moose probably prefer getting from one place to another on foot. I doubt that very many book air flights.

* In Anchorage, Alaska, it is against the law to tie your pet dog to the roof of a car. There is no indication of how common this was at the time of the passage of the law, nor why anyone would want to tie their dog to the roof of the car, in the first place. This one qualifies as a, “Huh?”

* In Fairbanks, Alaska, it is illegal to give alcoholic beverages to a moose. I have the impression that Alaskans are fixated on moose, but I’m wondering how many people in other parts of Alaska routinely give alcoholic drinks to moose.

* In Haines, Alaska, concealed slingshots are outlawed…unless the person has a license. I can understand needing a concealed-carry permit, but normally, those are for handguns. A slingshot? Really?

* In Alaska, it is against the law to wake up a sleeping bear in order to take its picture. However, it is legal to shoot and kill bears. Personally, I’m thinking that they should legalize waking bears up in order to take their pictures. Anyone who has seen a cranky bear that has been awakened from its sleep would know that if this was legal, there would be very few people who’d even attempt it. Most of those who did would be eaten by the bears. Problem solved.

* In Juneau, Alaska, it is against the law to groom a dog. The absurdity of this law is astounding. I guess that the people there prefer having dogs that look rough and ragged.

* In Alaska, it is against the law to eat a live eel unless you yell, “Warning, idiot eating an eel”.