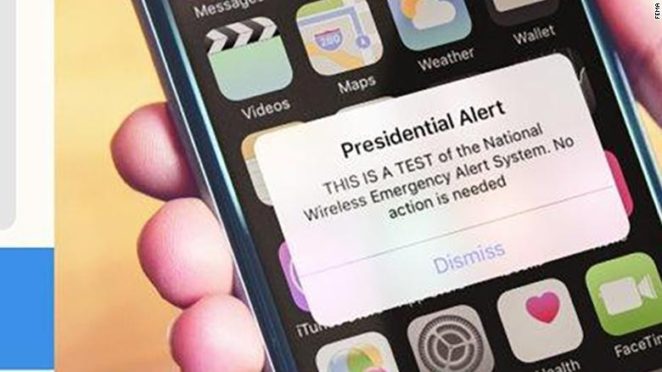 If you are living in the United States you should have received a Presidential text alert from Fema.gov today. They are testing for future alerts to be used. I think it is great as most everyone are on their cell phones these days.

The test was originally planned for September 20, 2018 but was postponed until October 3, 2018 due to ongoing response efforts to Hurricane Florence.

The test will assess the operational readiness of the infrastructure for distribution of a national message and determine whether improvements are needed.

“THIS IS A TEST of the National Wireless Emergency Alert System. No action is needed.”

I am all for staying in touch and receiving notifications for alerts such as this. Some are already saying they will sue about this notification due to infringement of their rights. Crazy crazy world today. Think outside the box.