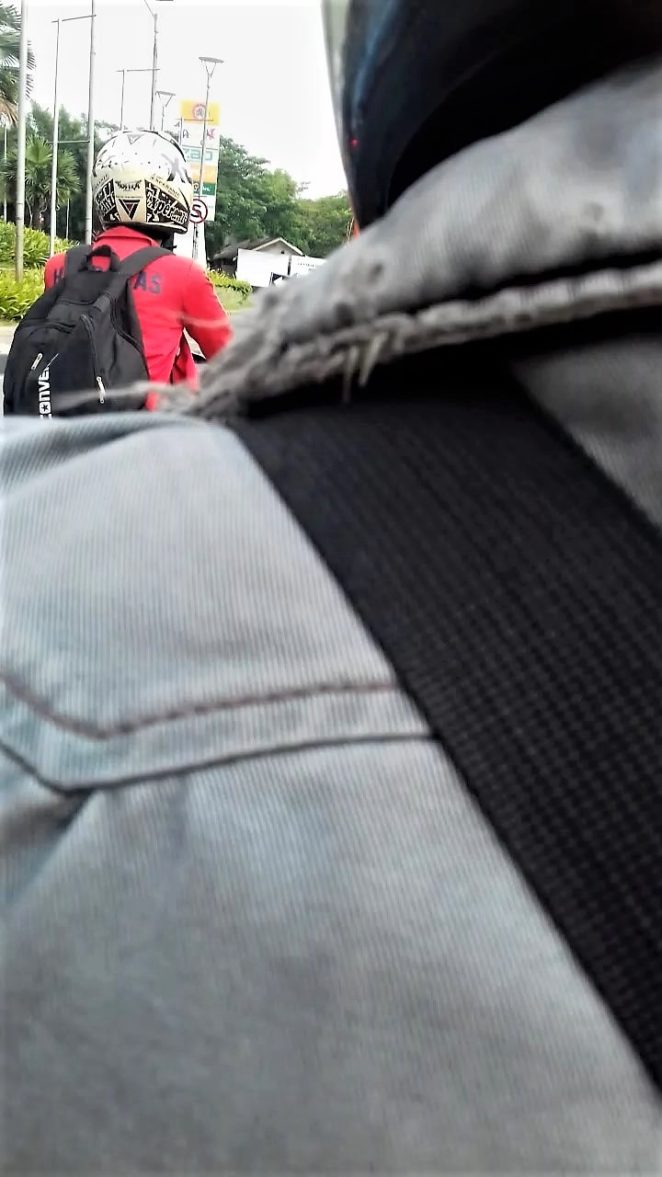 At two-thirty I received a call from a fellow NGO administrator who said that there would be an important meeting at three o’clock in the afternoon regarding the departure of volunteers from several regional management as well as sending various donations. Wow … it was very sudden, and the problem was that the distance from my office to the secretariat of the organization was about twelve kilometers through a crowded protocol road.

I opened map online to ensure traffic conditions, and indeed, 70% of the routes were red. I can make sure that if you drive a car, the travel time will take at least one and a half hours! Well, it’s okay, finally, I decided to use motorbike online transportation which we call it “ojek online”. Really, I’ve never used a motorcycle more than two kilometers since at least fifteen years ago.

Considering the circumstances, I piggybacked on a motorcycle with the determination to enjoy it wholeheartedly despite the various inconveniences I had imagined before, such as using a helmet. Yep, I don’t like using hats, especially helmets. During the trip, by just enjoying the driver’s agility through traffic jams, the selection of alternative routes that he took, while enjoying the chatter and the wind blowing in my face, I arrived at the destination a few minutes before the meeting began.  Some friends in the secretariat who saw me coming down from a motorcycle pillion asked why I smiled, I said “Nothing. It’s OK.” even though I was laughing at myself. Why is that so? Negative imagination can be far worse than reality, right?