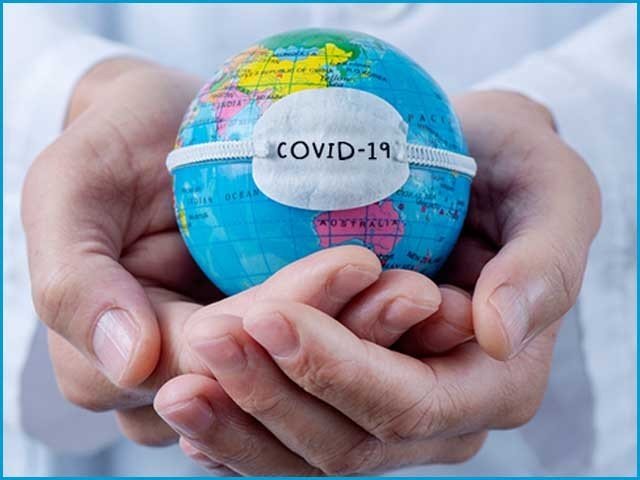 Billions of people around the world are confined to homes due to the corona virus epidemic or their movement is limited, which is also affecting the way our planet Earth moves. Due to the lockdown, trains and too short for work or leisure and many heavy factories are closed.

The decline in human activity at such a large scale has also reduced the earth-based evolution. This is truly astonishing considering the total weight of our land is six hundred trillion tons.

Scientists at the Royal Observatory in Belgium first noticed this, they says that the frequency of earth tremor is between 1-20 Hz and has occurred since the imposition of social restrictions. Be clear that the sound from a frequency of one to 20 Hz goes deeper than a larger guitar or larger instrument. Such a change has been observed elsewhere in the world.

Seismologists in Nepal have also noticed the decline in seismology. The decline in Paris is dramatic, says an official of the Paris Institute of Earth Physics in the French capital. Experts at Cal tech University Los Angeles in the United States called it severe.

Not only does the Corona virus affect our lives, but it has a clear impact on the natural world as well. Scientists have also noticed a reduction in emissions of nitrogen dioxide gas from cars, trucks, buses and power plants.The world is already muted. Scientists who measure noise in our cities every day and who research the depths of the ocean have found clear indicators of noise reduction.

This new seismological research does not mean that the evolution of our earth is completely over, but the difference is much clearer than before and it’s actually useful too. Human activities are really like noise in the background, which makes it very difficult to hear what is happening naturally in our land. A US research Institute official says , ‘You are getting signals that are low in noise, making it easier for you to draw more information from them.’

Some researchers have succeeded in understanding what is actually happening in their area. ۔ Steven Hooks of Imperial College London says ‘this is because of low traffic on the M4 highway between London and Wales’

There are more examples of such changes. As you know, the pattern of human activity changes every day and every year, because sometimes people are less active. It is relatively quiet at night and less active during festivals and holidays.

But what is happening around the world right now is likely to last for weeks and months and under normal circumstances this happens only during Christmas in countries belonging to the Christian denomination.