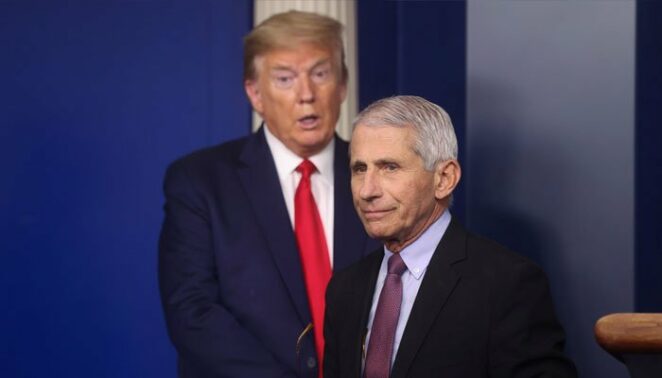 An advertisement during US President Donald Trump’s presidential campaign showed Dr. Anthony Fauci saying, “I can’t imagine anyone doing so much to fight Code 19”. It look like Dr. Fauci is making this statement for President Trump.

The 30-second ad also shows President Trump and the United States recovering from Covid-19. However, Dr. Fauci called self-proclaimed statement during the presidential campaign “misleading” and said that during his 50-year career, he had never publicly endorsed any politician.

Dr. Fauci’s statement, which is being run as an advertisement during President Trump’s election campaign, is actually taken from an interview he conducted with Fox News in March this year.

Dr. Fauci says that the statement attributed to me in President Trump’s presidential campaign is without my permission and out of context. This statement I made several months ago referring to the efforts of federal public health officials.

On the other hand, President Trump’s spokesman Tim Murtaugh said that these are the words of Dr. Fauci during a TV interview for the Trump administration. Be clear , Dr. Fauchi is considered a key member of the White House Task Force on Corona Virus Control, but he has also disagreed with President Trump’s policies on the corona virus.

President Trump retweeted #firefauci from his account in April, but also acknowledged that Dr. Fauci was doing a great job. In addition, Dr. Fauci criticized the White House event last month, citing the spread of Corona.