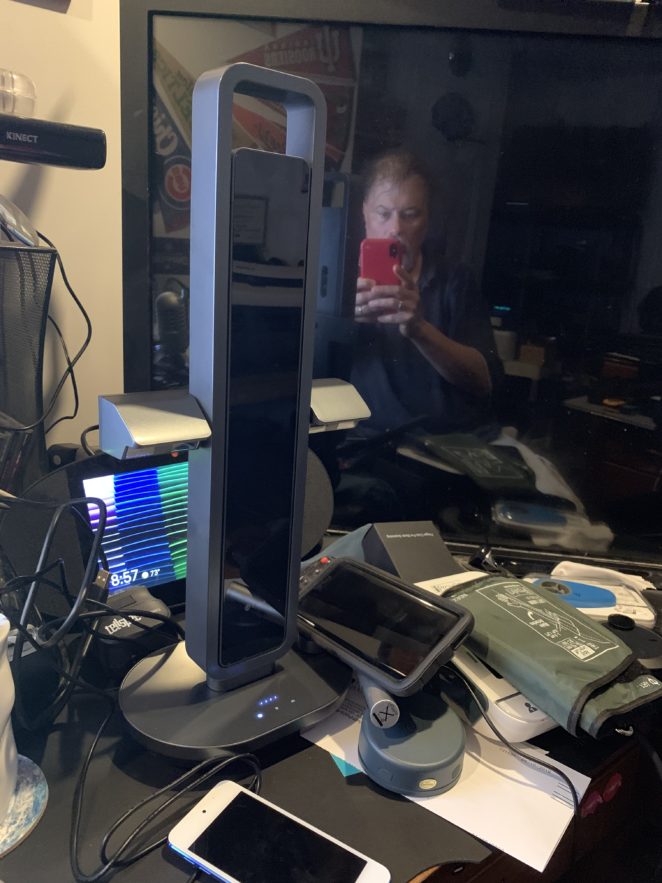 I am always interested in the concepts of industrial design. In particular, the reality of technology and design intersect. Jonathan Ivee, it was announced yesterday, was leaving Apple. Just that one thing that one person leaving caused the stock to drop by 1%. Who was Ivee? He was the mind behind many apple designs. The current Macintosh, iPhone, and iPads all benefited from his view of design. He will be missed, I am sure. The iconic ability to see things that become more than functional is one that we cherish! Before that iPhone launch, the design was something you did on a computer, but honestly, the original PC’s, Apple and even original Macintosh computers were fairly boxy.

The reason for the design discussion today is the newly arrived and upgraded Czur Aurora scanner. This product was originally designed to scan books. The new version is a lot faster, higher quality but also, has a much cooler design than the old one. Industrial design has come a long way. Not that I am advocating a dishwasher with a window in the front, actually that would be kind of cool.  In the messy picture shared with the post, the Aurora is the tower in the front. They have also updated their software, and have added lighting and other additional features that make the product even more functional, while also celebrating the glory of design!

Scanning is something you never need until you need it. I will share a review when I have had more time to use the unit!

I will end with a final passing through on Robots. The myth that every deployed robot will replace six workers isn’t true. It is true in the sense that a manufacturing robot will displace 10-12 workers per Robot. The reality of a 16 to 24-hour manufacturing day is as follows:

1. There will still need to be people that clean the robots.

2. There are going to be a new group of jobs created (24 hour work day, plus vacations, etc. requires a minimum of 2 workers per Robot)

3. Plus there are the new design jobs of software management for the robot (between 2-4 per Robot)

You net create 6 or more jobs. PS, the created jobs are higher paying the removed jobs.  But also note, there are many additional jobs created outside the manufacturing facility. You see for every robot deployed; there has to be a factory, with robots and humans building the robots. There has to be developers and software testers and so on. Net-net, in the manufacturing world you may lose one job per Robot. Or, you may lose 11 lower paying jobs and replace them with higher paying jobs that will improve the economy of the area around the favorite, creating many more than the 12 lost jobs.