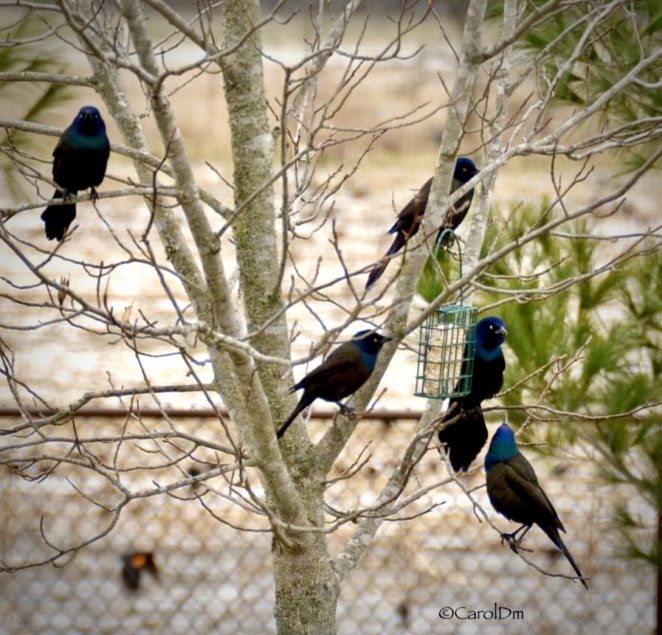 Common Grackles are blackbirds that look like they’ve been slightly stretched. They’re taller and longer tailed than a typical blackbird, with a longer, more tapered bill and glossy-iridescent bodies. Grackles walk around lawns and fields on their long legs or gather in noisy groups high in trees, typically evergreens. They eat many crops (notably corn) and nearly anything else as well, including garbage. In flight their long tails trail behind them, sometimes folded down the middle into a shallow V shape.

These birds from afar look like blackbirds. But when you get closer you see the sheen of the blue head and the brown body. They are striking birds. Amazing what you see up close with these birds. I see them through a zoom lens. Could never get close any other way. I put up a suet feeder in my trees and they seem to like it.