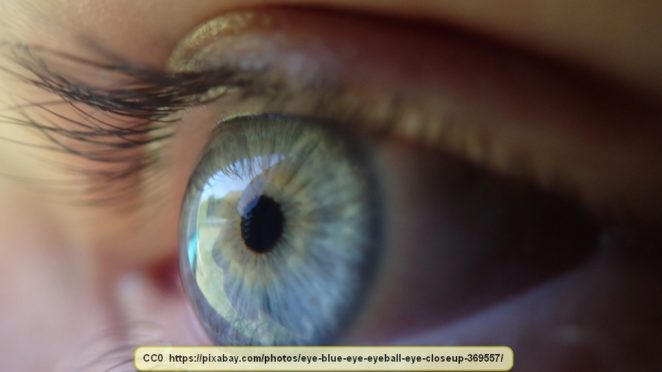 Like many people, the subject I disliked the most in school was English. That is mostly because I found it dry and boring. Yet, I consistently got higher marks in English than any other course subject. Counting just English, my cumulative grade point average in school would have been about a 3.99 out of a possible 4.0.  Perhaps that is because I’ve always been fascinated by word and phrase origins. Sometimes, there are some utterly amazing and surprising connections between them, too.

For example, all of the following have a solid and major connection, though it wouldn’t seem like there would be.

Most people know what an eyeball is. It’s that roundish thing in your head that you see with.

This word is commonly used to describe what is in fashion at any given time.

This term plays an important role in many mystery stories. Someone who commits cold-blooded murder does so without remorse, usually in an unemotional, calculated, and deliberate way.

Almost everyone who has held a job has had a manager at one time or another.

Everything that belongs to you is your belongings.

Although usually used to refer to drugs, a person can have an addiction to nearly anything that overwhelms their sense of reason. It is even possible to have a love addiction.

People who have boring lives often which their lives were more eventful.

This is something that can’t be heard. To humans, the sounds made by bats for echo-location are inaudible. We can’t hear them, but bats can.

Something that is new in some way and this term is usually now used in a slightly derogatory way. My grandfather would have probably said that he had no use for most of the new-fangled contraptions people can’t live without today if granddad was still alive.

This is simply a fight, though often a minor one.

Almost everyone has been uncomfortable at one time or another and the word really doesn’t need to be explained or described. Doing so could be uncomfortable.

Most people know what this means, but it is being extremely passionate.

Every one of these was invented or popularized by William Shakespeare. All of them also appear in his works. This is only a tiny fraction of the words used for the first time or made popular by Shakespeare, too. This could be applied to over 1,200 words and phrases. Many of those were first used by Shakespeare before anyone else used them. He invented the, introduced them, and our language is replete in Shakespearean word because of it.