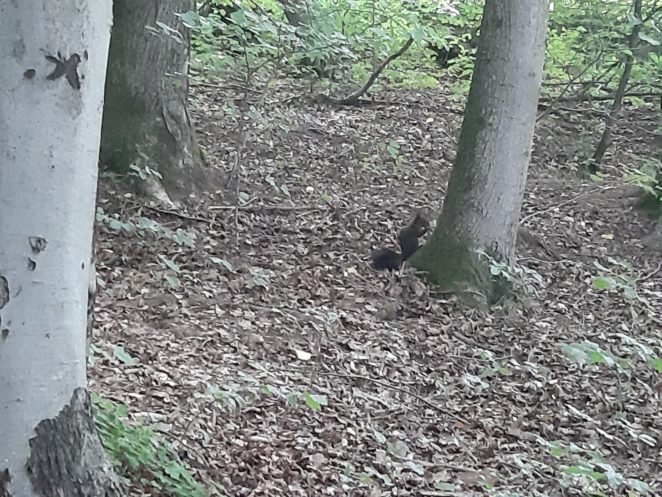 At yesterday’s walk, I was surprised by this cute squirrel. Common squirrel is a species of squirrel that inhabits the temperate and cold areas of Eurasia, reaching as far east as the Pacific coast. It is adapted to life on trees. Common squirrel lives in various types of forests, but most often in coniferous forests. It is suitable for forested areas measuring at least 50 ha. It is active during the day. As it moves on the ground, it stays close to trees all the time. Outside the mating season, the common squirrel is a solitary squirrel and shares its nest with other peers, especially during the cold winter. It feeds mainly on plant foods – fruits, seeds, fungi and herbs. It also feeds on eggs and young birds and insects.