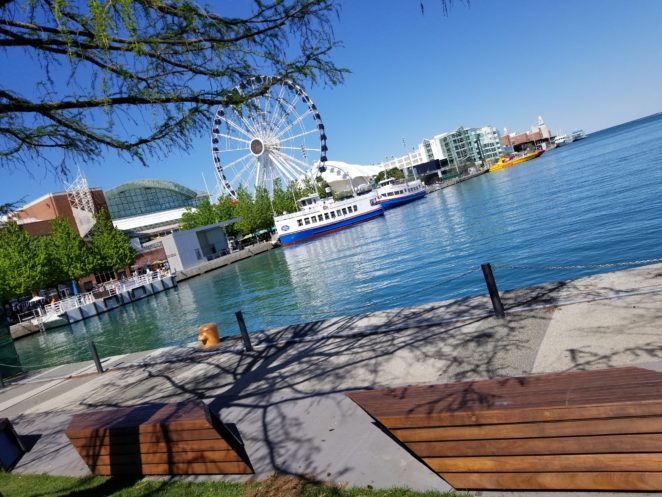 I had a little fun during this ride. Even though the title states Navy Pier, I ended up making Lake Shore Park my turnaround point which created a new route to ride in the future. A specific picture was requested by Doc Andersen which led me the Navy Pier. That picture is of the Chicago Harbor Lighthouse which you can see from a distance. In order to get a clearer picture, I would have had to walk down the pier near the end, which will have to be for another visit because bikes are prohibited along the tourist heavy pier.

Other pictures below are of a sculpture by Seward Johnson, which actually was moved from the time I initially visited the Navy Pier over a decade ago. Every time I see this sculpture ‘Crack The Whip‘, I tend to reminisce about my earlier visits to Chicago and the Navy Pier. A lot has changed over the years of the landscape of the Navy Pier. 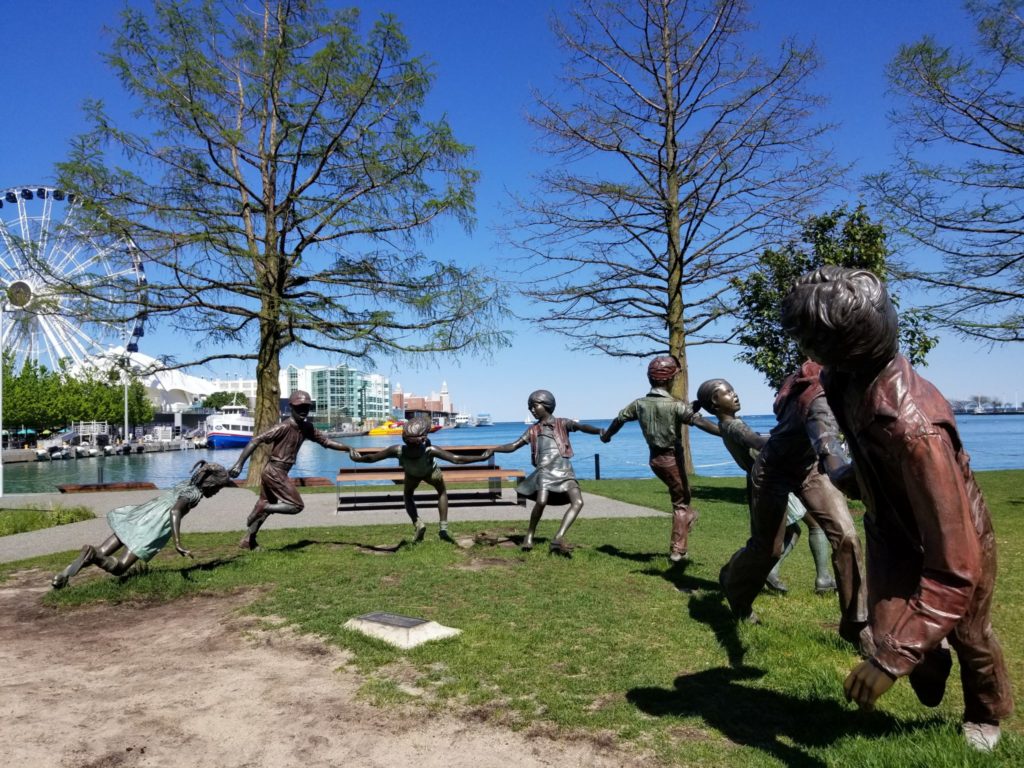 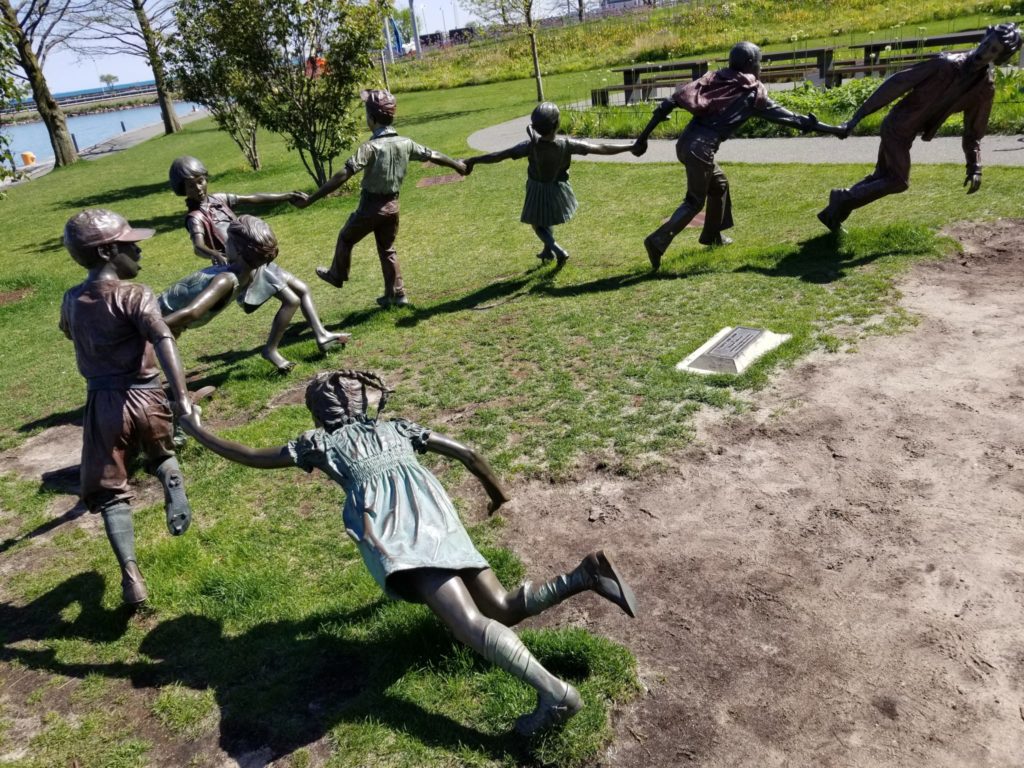 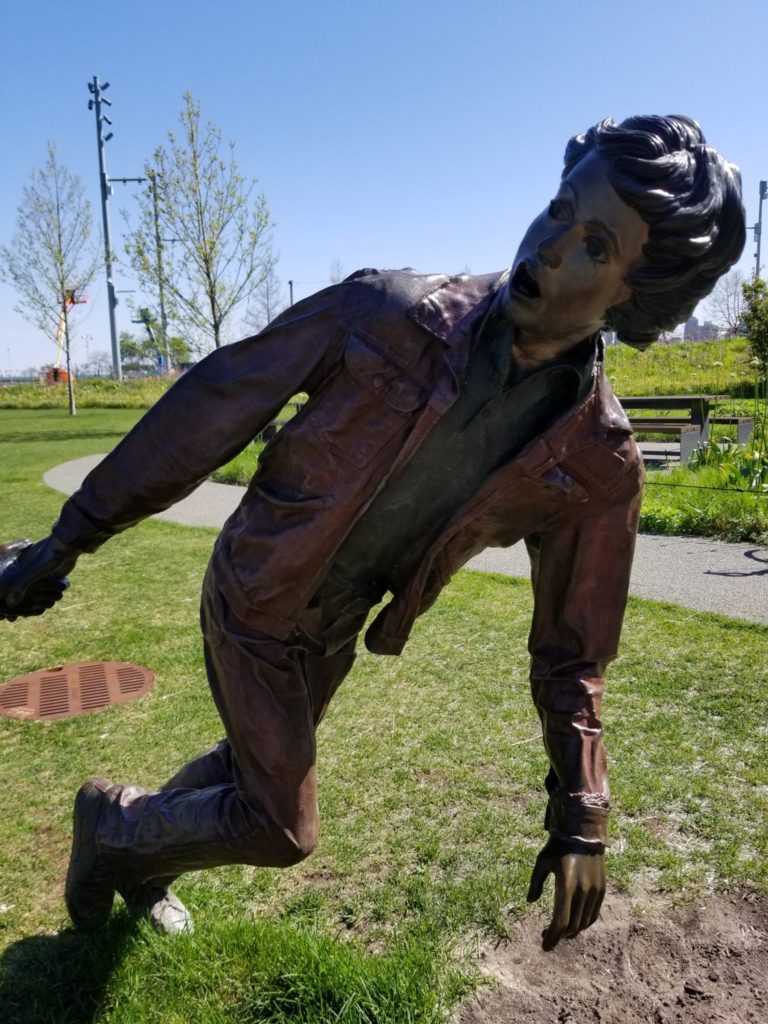 ‘Crack The Whip’ by Seward Johnson 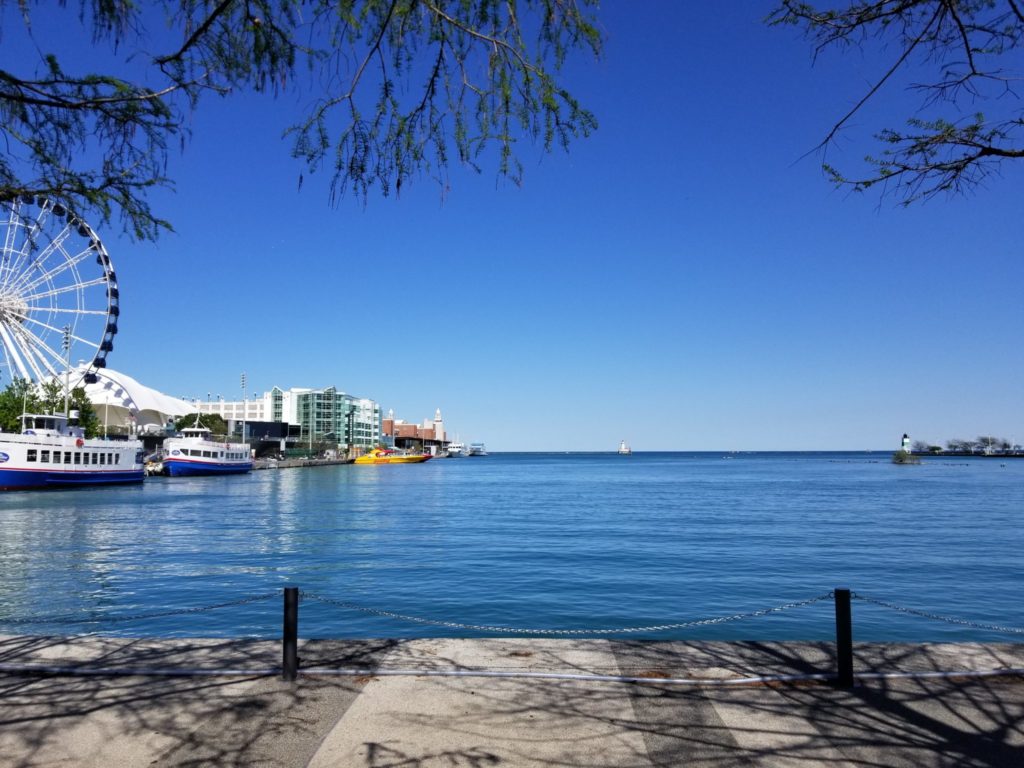 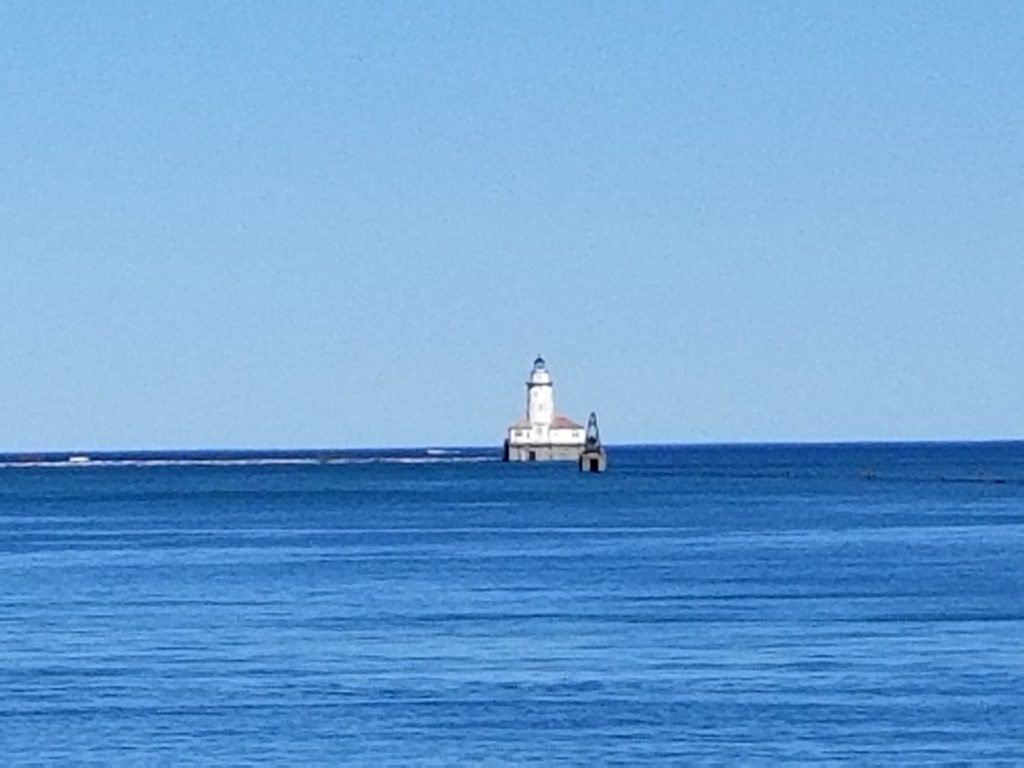 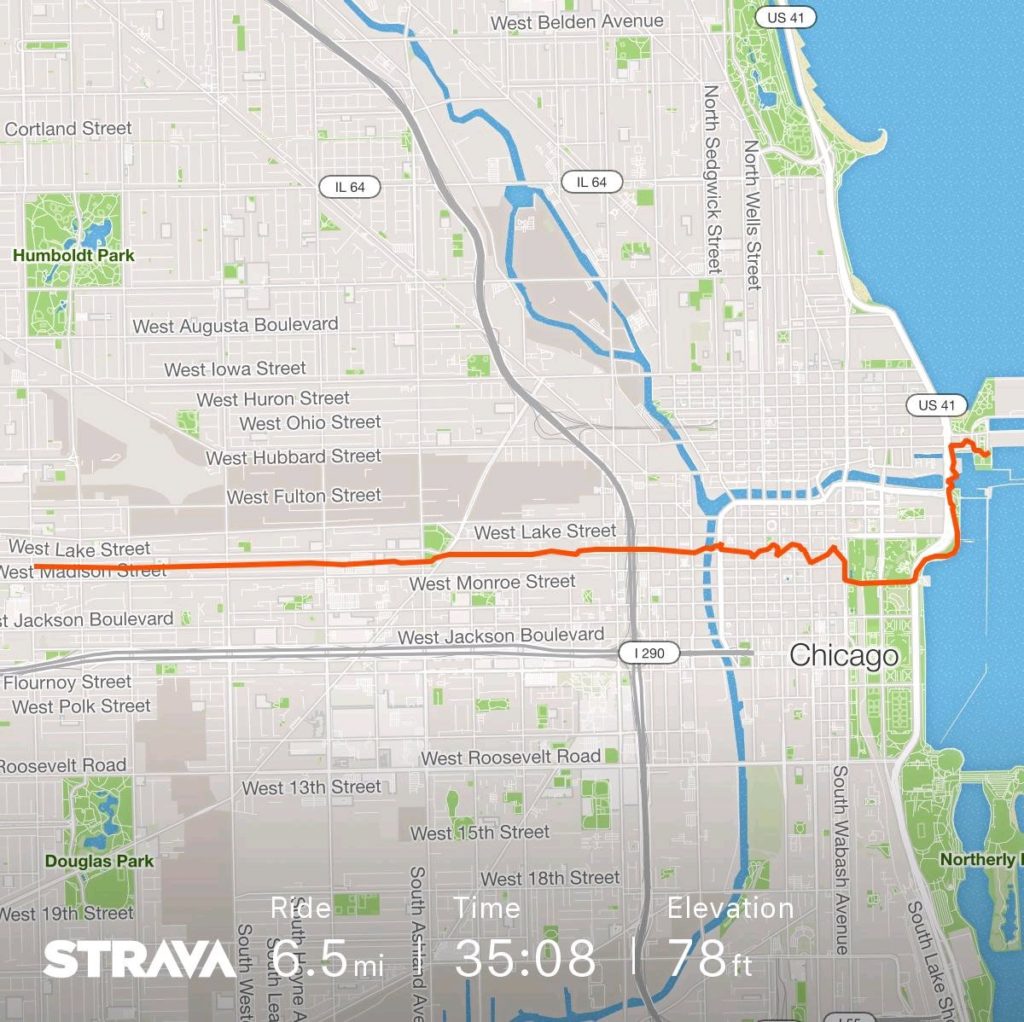 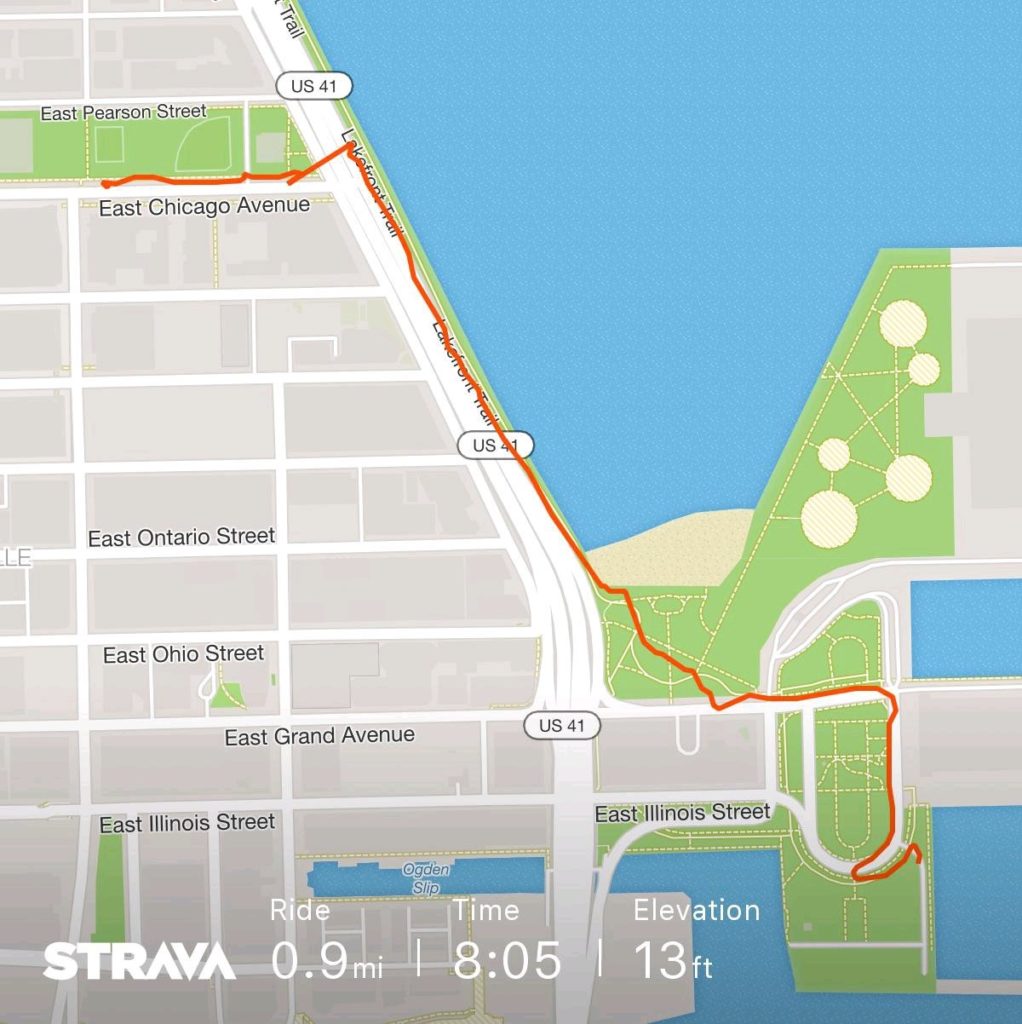 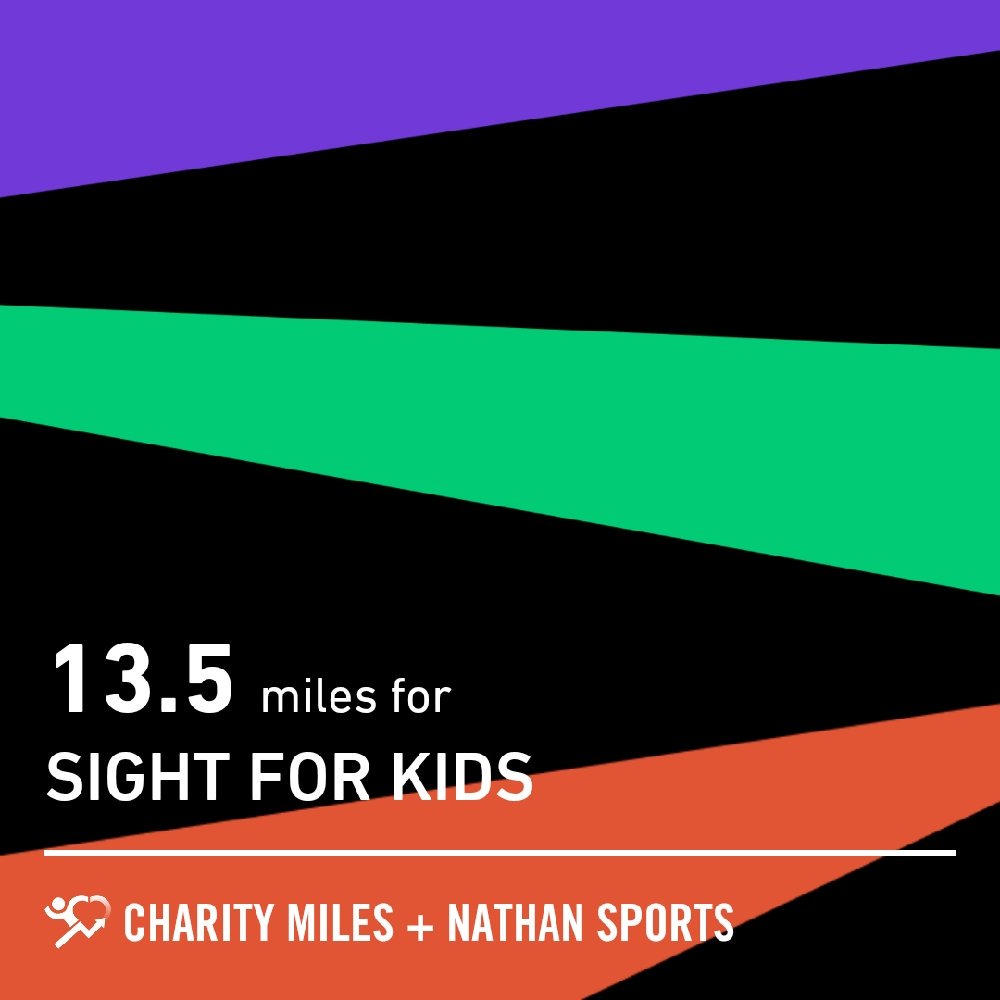 Miles in support of Sight for kids 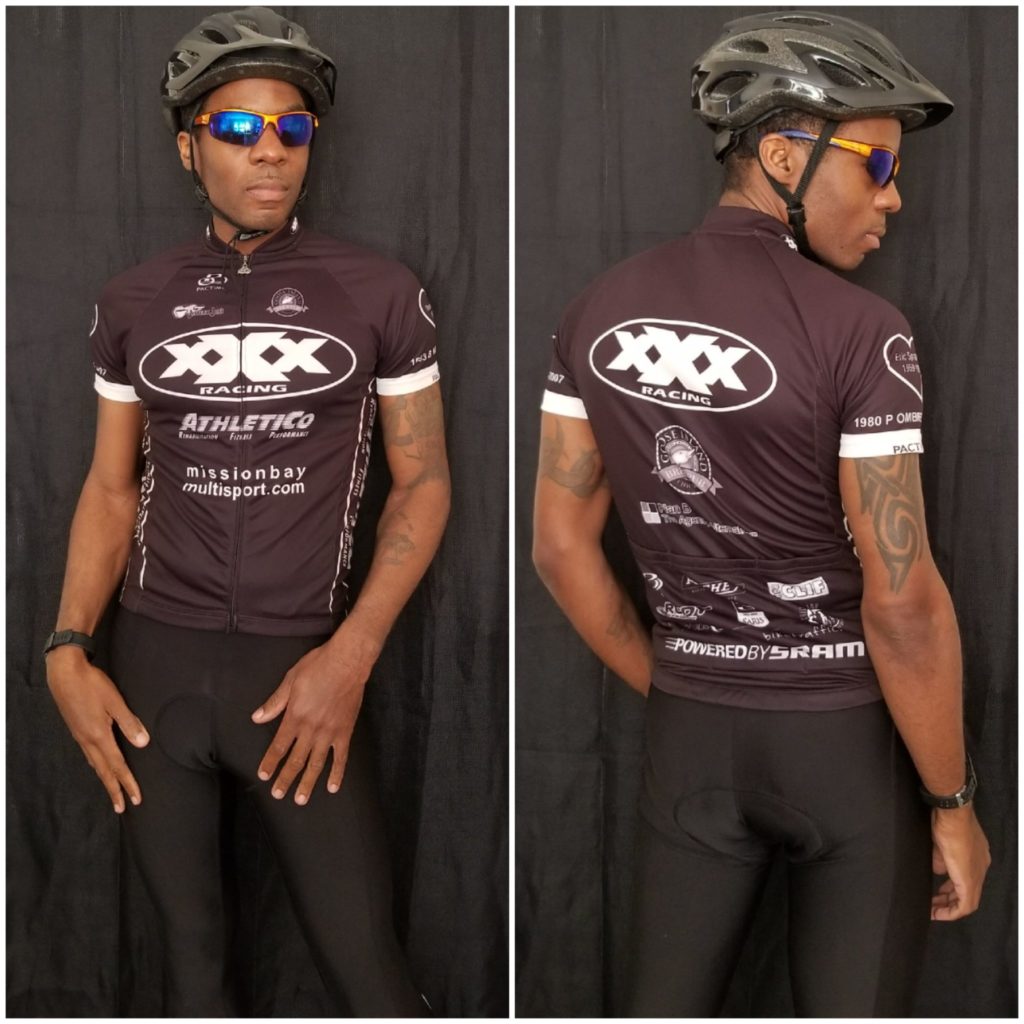