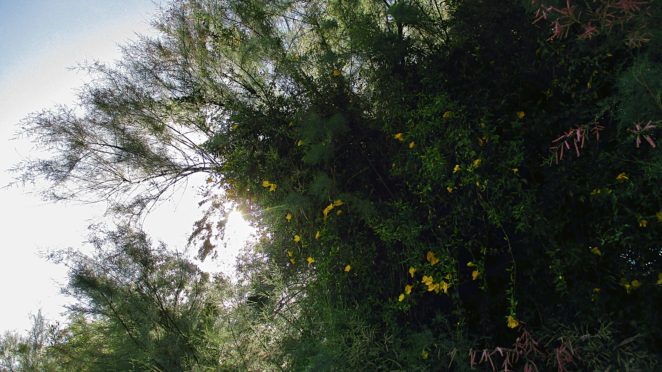 The Taramix Aphylla Tree is the largest known species of Tamarix Tree. It reaches the height of 18 metres or 60 feet!

It might be known as the Athel Tamarisk, Athel Pine or the Saltcedar.

It is an evergreen tree native to Africa, the Middle East and parts of Asia. 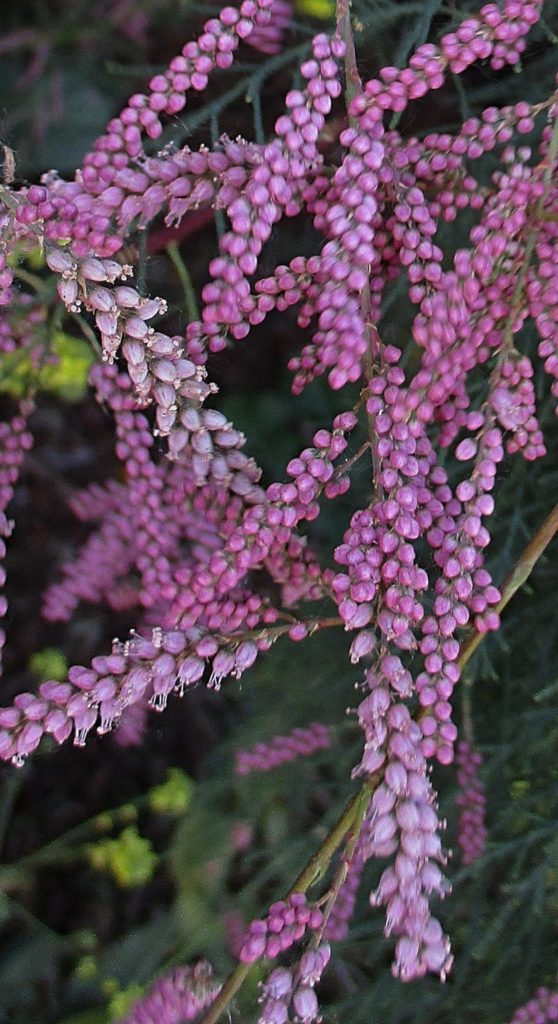 It has tiny leaves along the branches that exude salt, which can form a crusted layer on the surface, and drips to the ground beneath. 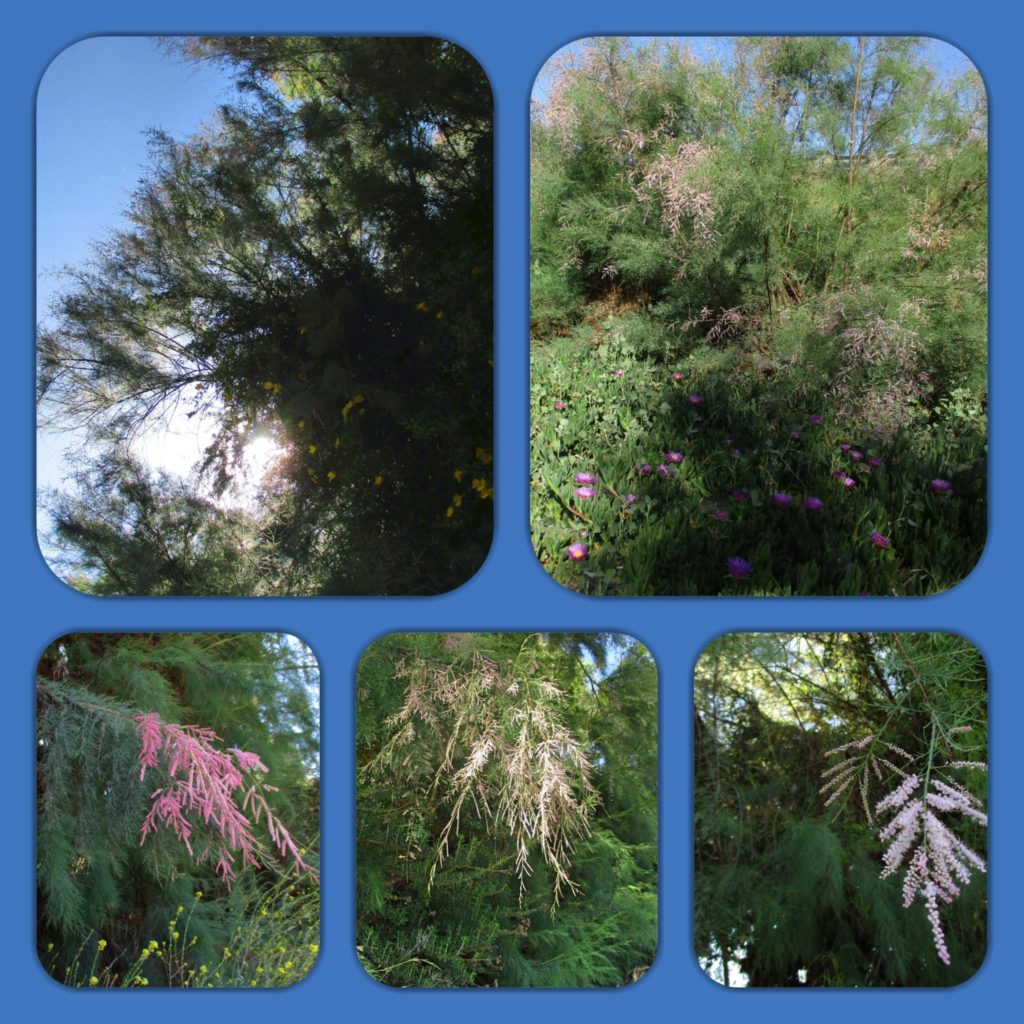 Tamarix aphylla has been used as a windbreak and shade tree in agriculture, especially in dryer regions such as the western United States and Australia.

Due to its higher fire adaptability  it can be used as a barrier to fire. 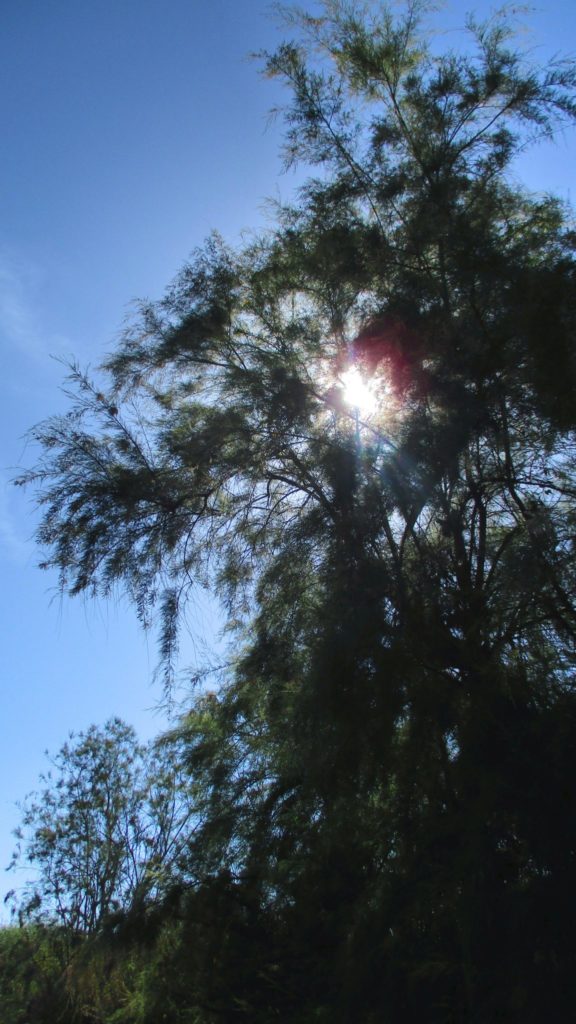 The blooms can range from the lightest of pinks to dark pink. 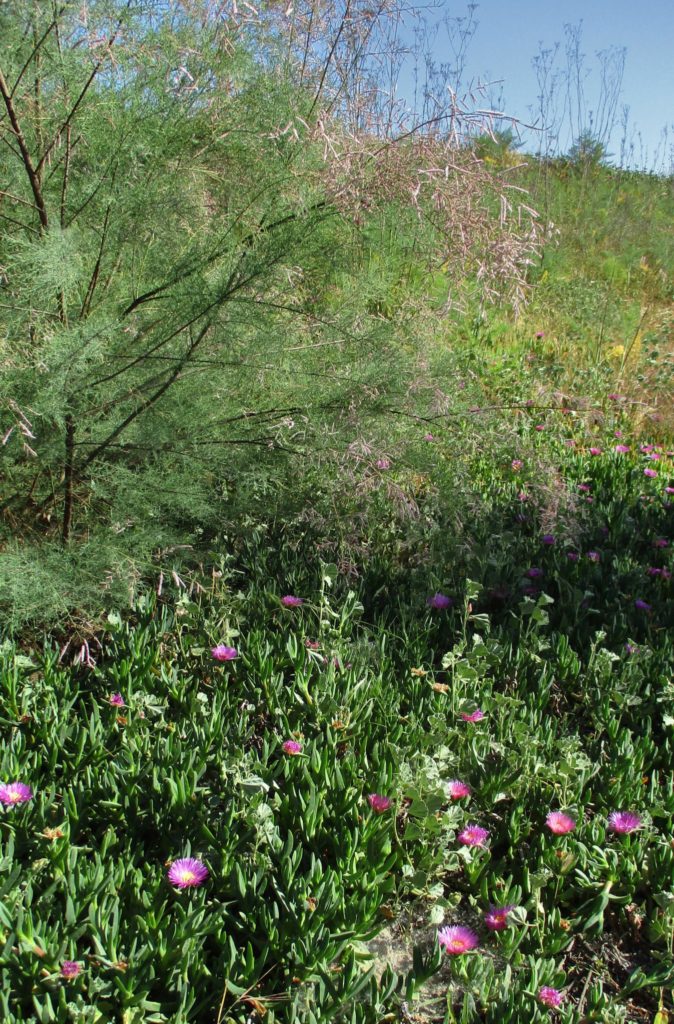 These were so pretty in the bed of ice plant. 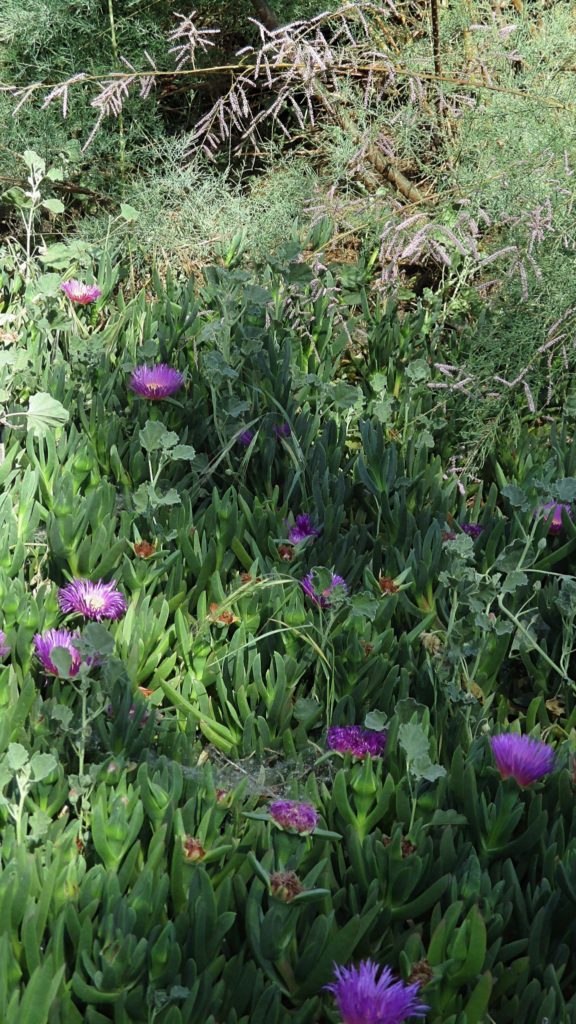 My daughter in law taking pictures of them, while Meika watches. 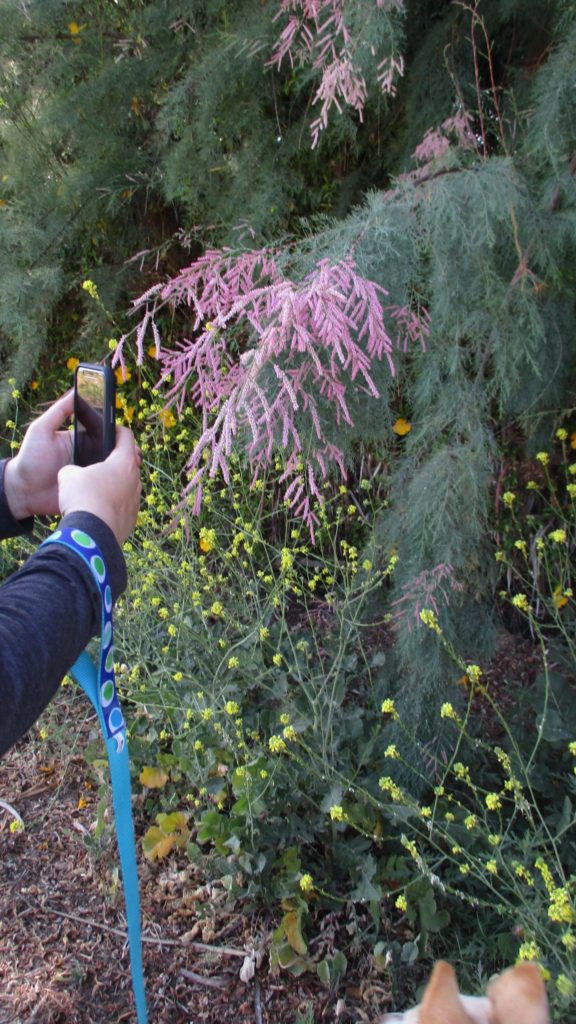 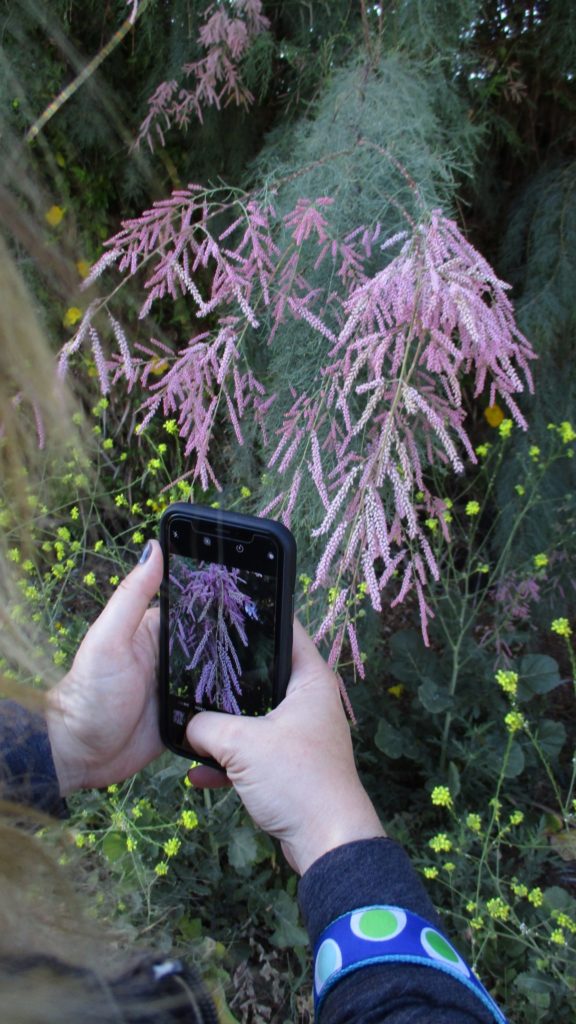 Our walk started here, I have driven by this area tons of times and have always wanted to stop…. 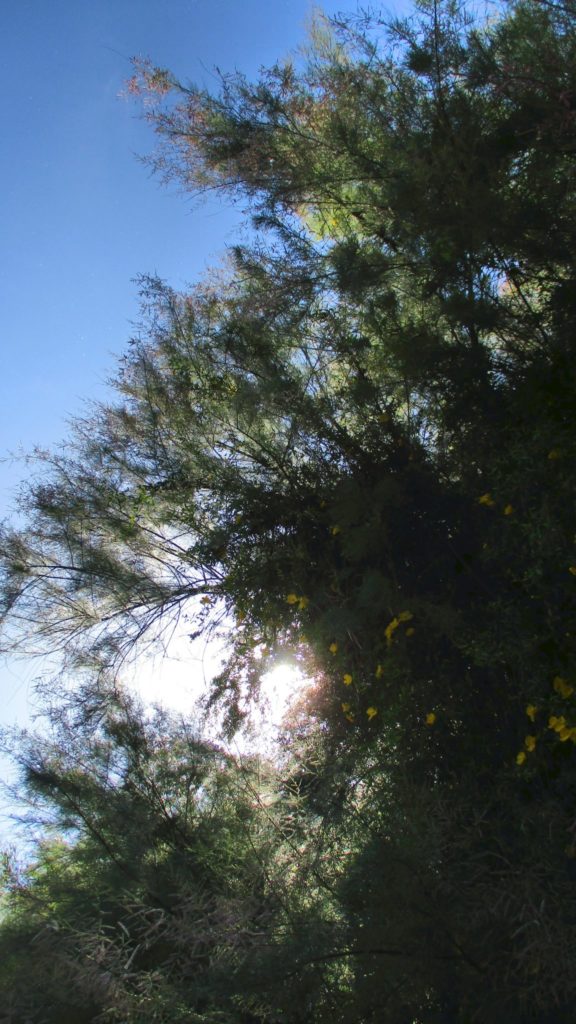 I am so glad I did stop, this was a really pretty place. Check out My Walk under the Tamarix coming soon!