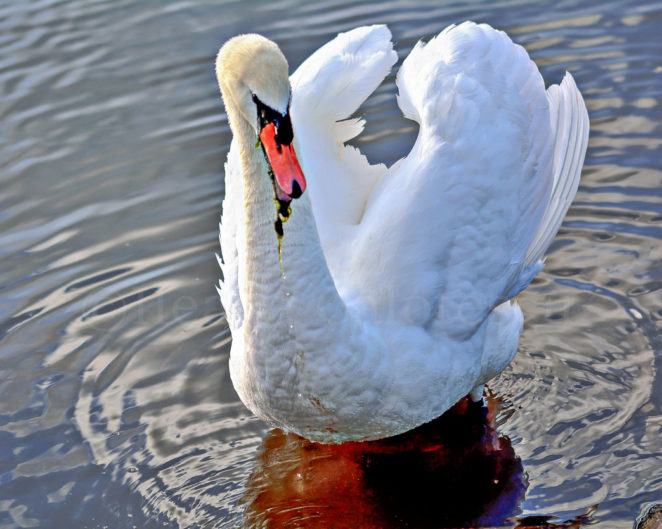 This is a male swan on river Saar, who defends its mate while nesting period. It thought I was very close of Its “wife” and it looked threatening me.

The male swan weighs an average of 8-12 kg. It shows white plumage, the relatively long and pointed tail at the top. The adult’s beak has the red-orange color with a black basal protrusion.