Lake Hodges is located in Escondido, California. The Kumeyaay people occupied the land for centuries.

When the dam was being built in 1916, the Kumeyaay told a story of a river moster living in the old San  Dieguito River. Some say it was all a hoax to keep the dam from being built, but more and more stories were being told, not only by the natives but by the dam builders. Our own version of the Loch nes moster? lol

Anyway, here are some of the pictures I took. 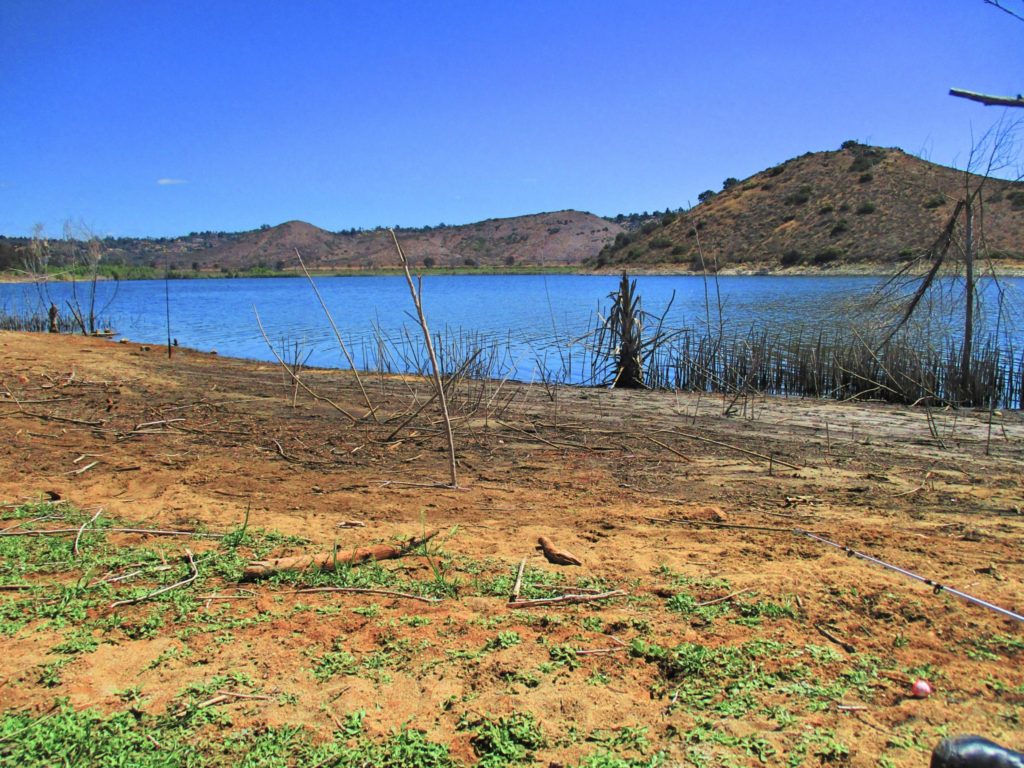 This was the pups first time here. 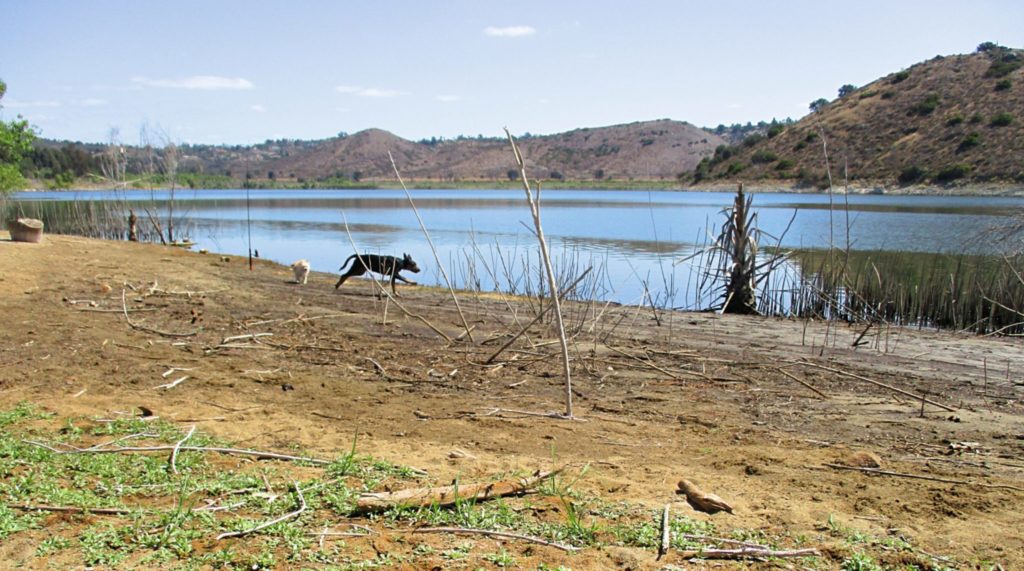 Meika has been here once, she heads straight to the water, as my son checks out the fishing conditions…. 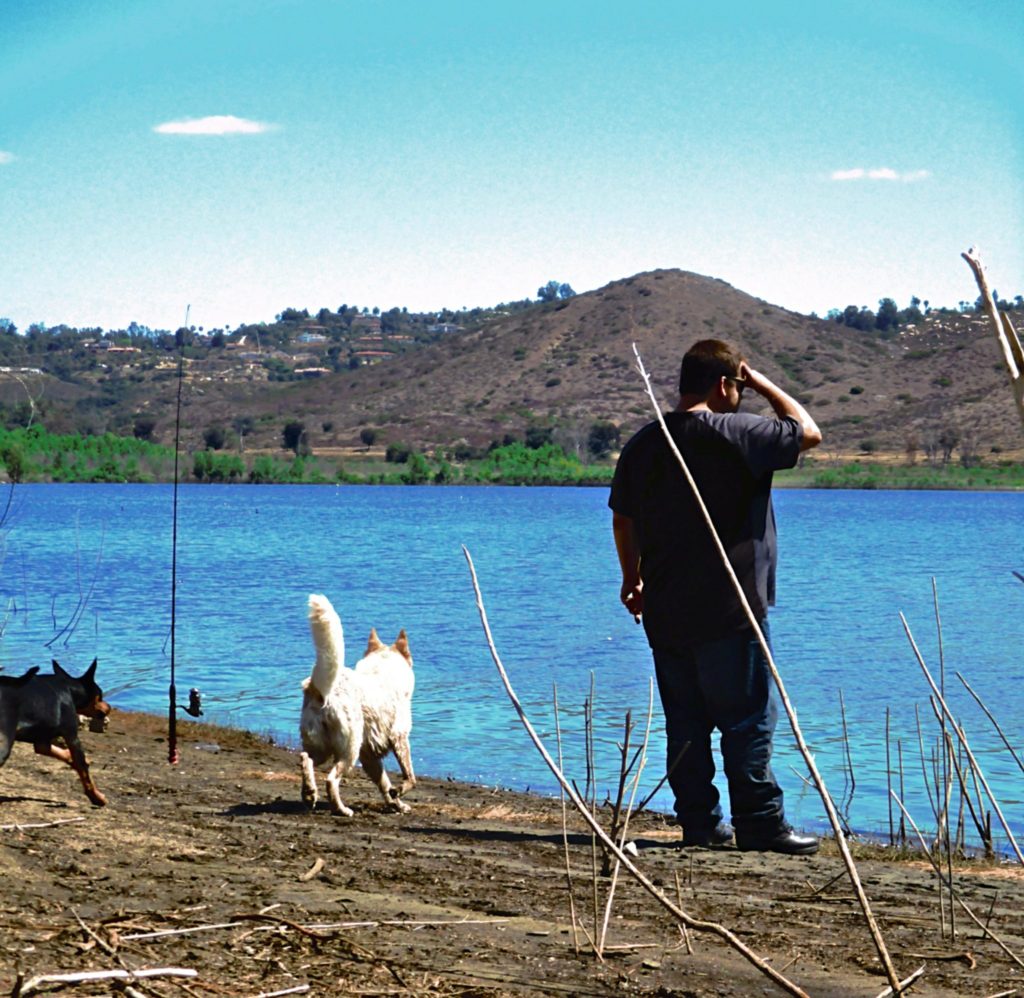 Luna, with only three feet touching the ground! 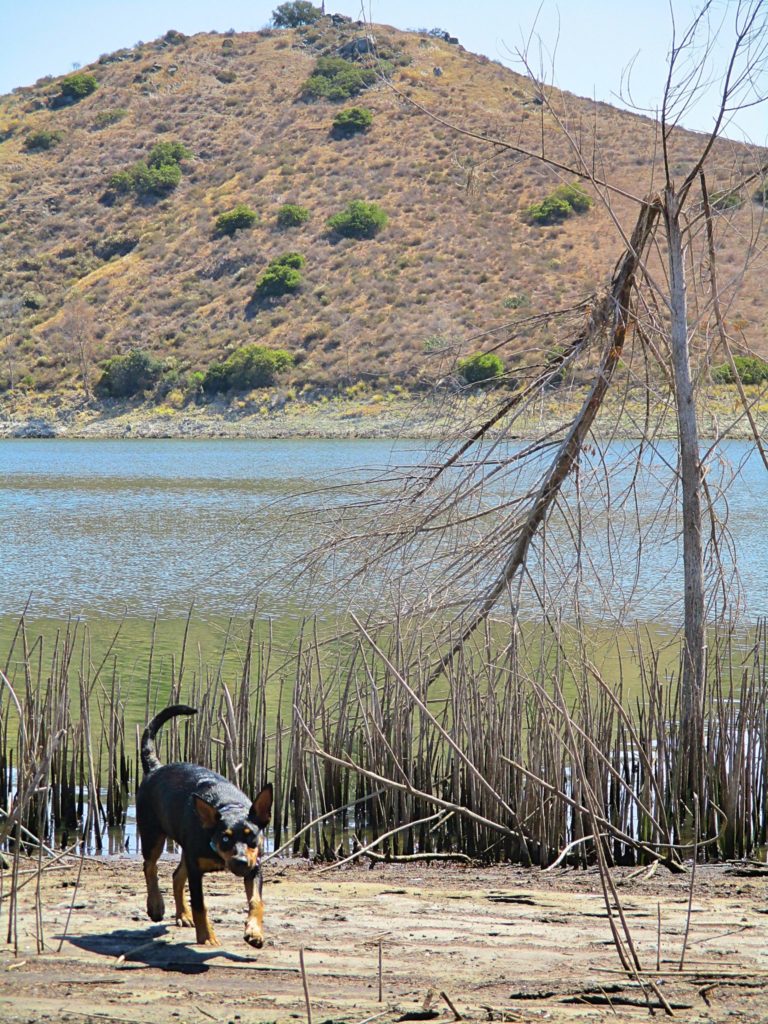 She believes in the River MONSTER, it’s in there! 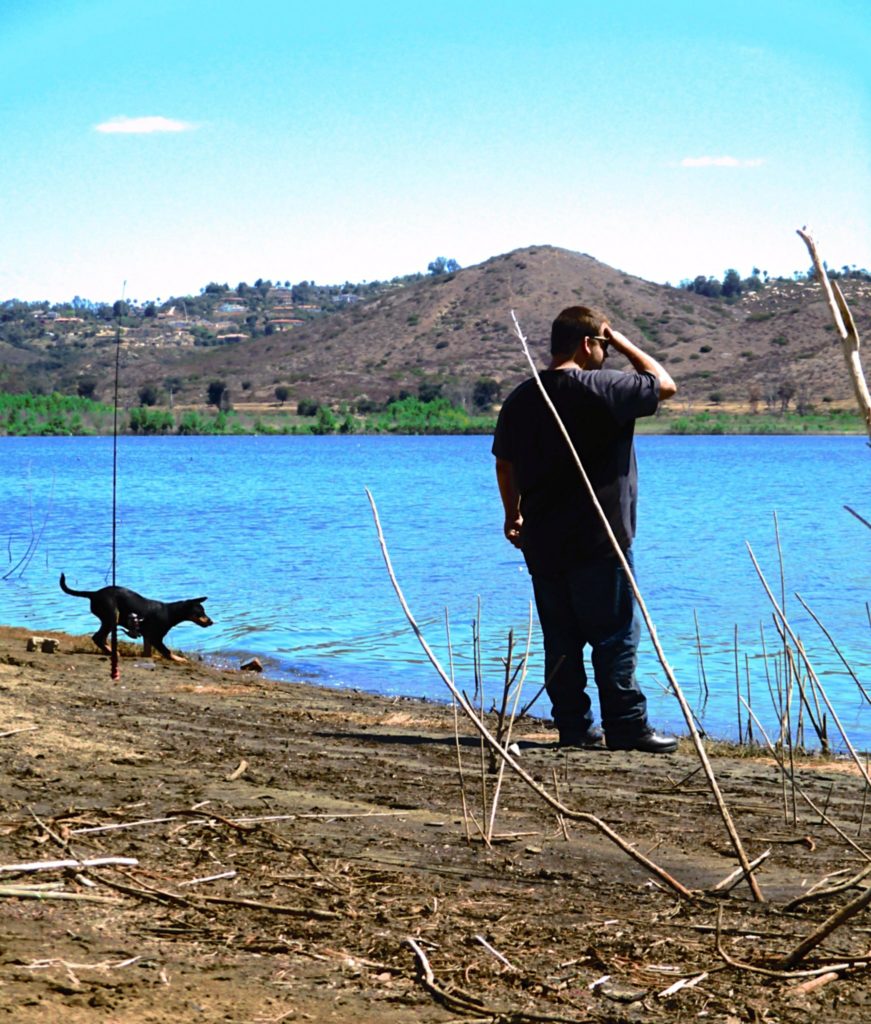 This called to be in black and white. 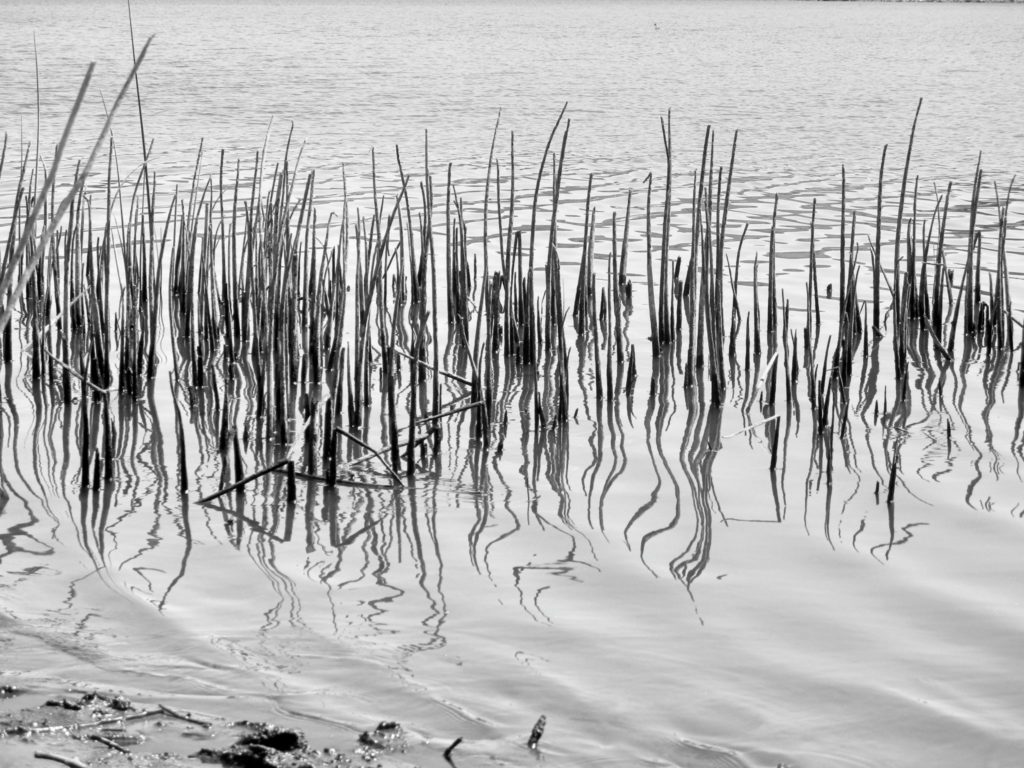 And some with color. 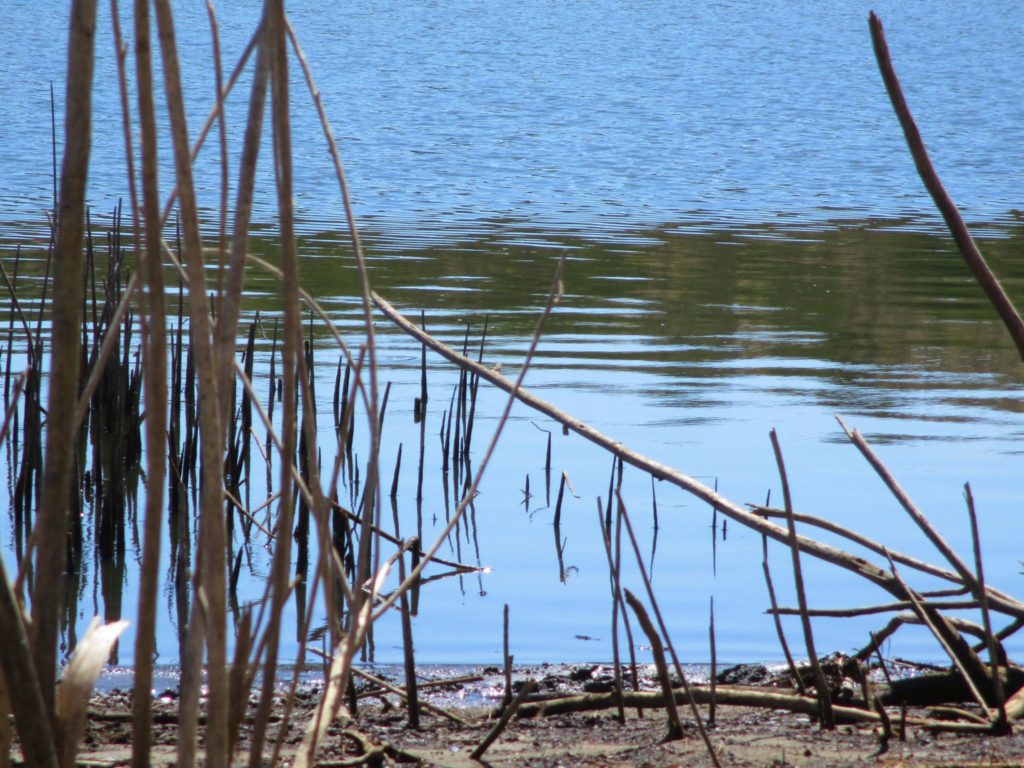 The trees have cloud toppers! 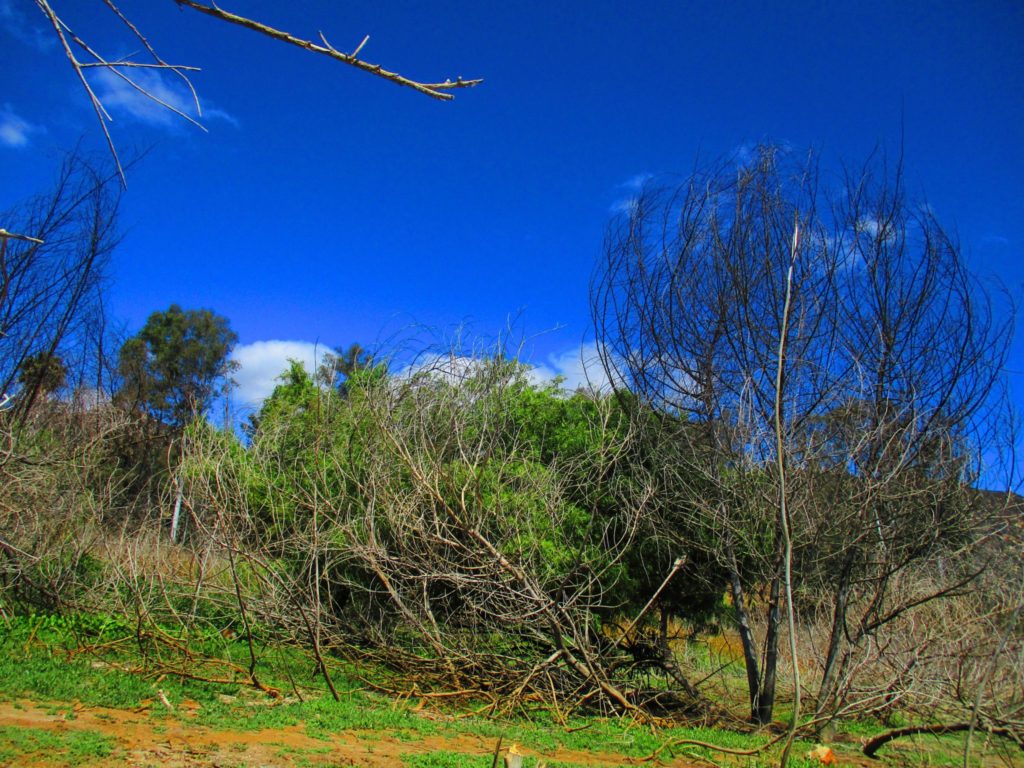 See the water line on the other side? The lake is very low right now. 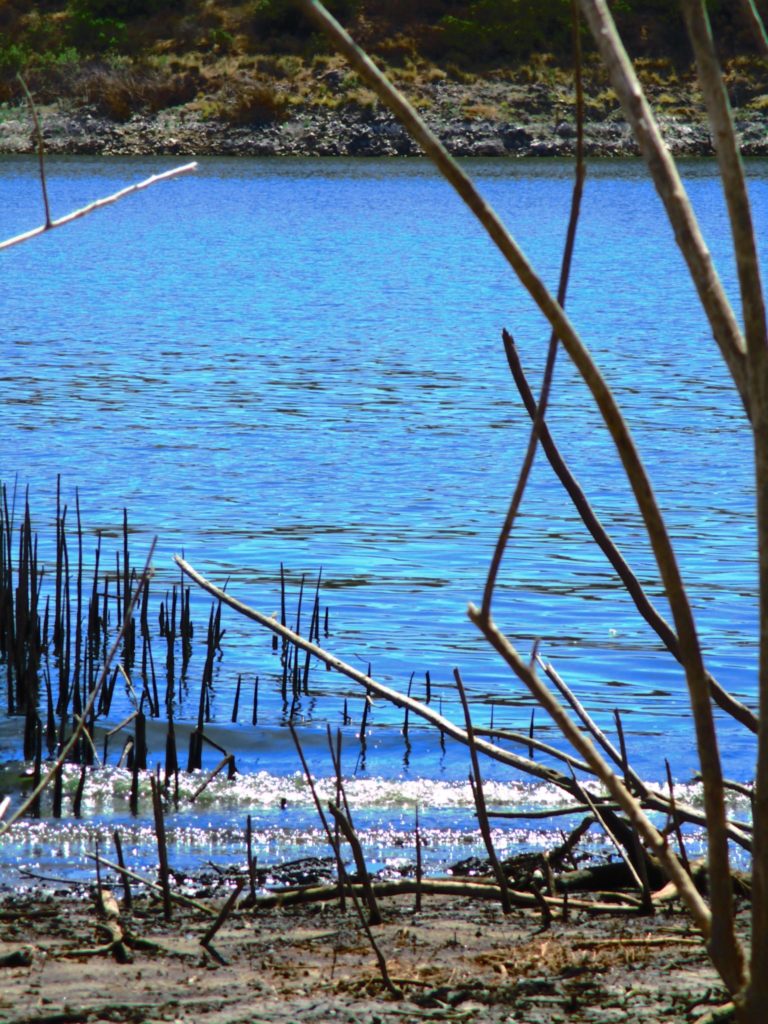 Where I am standing, was once way under the water. 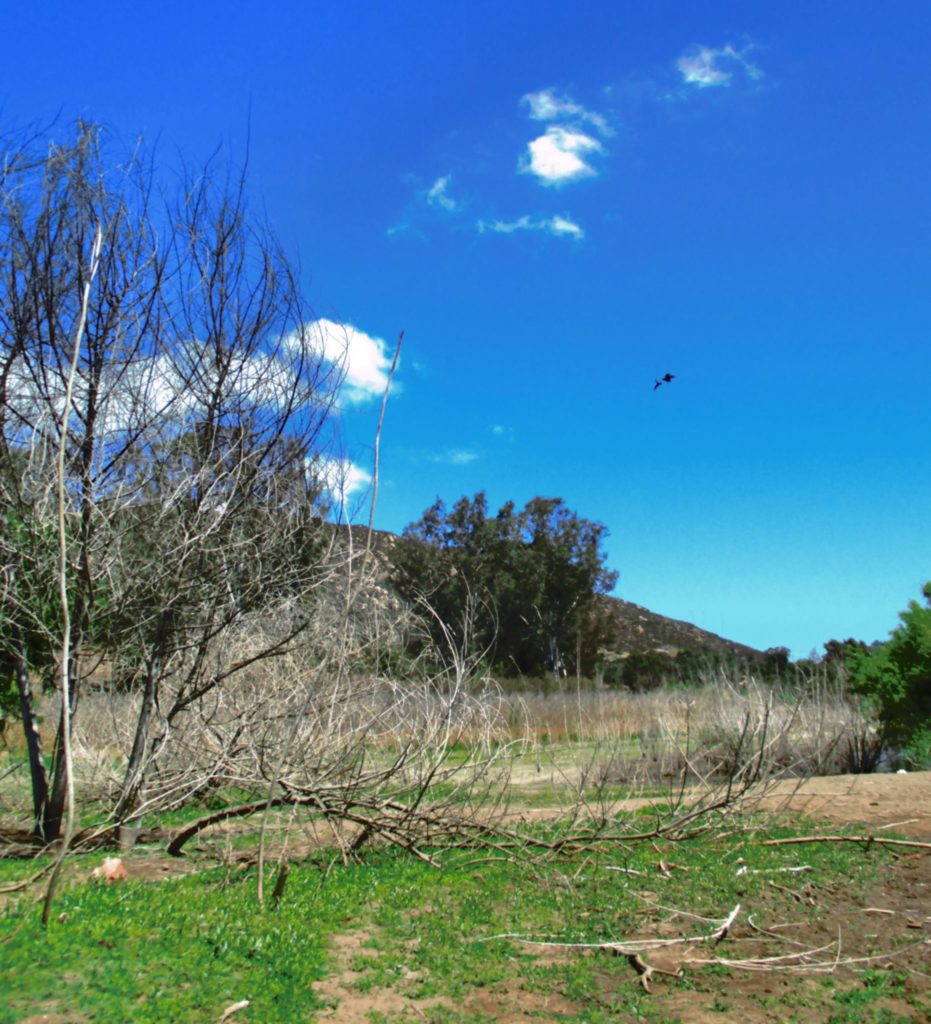 Another black and white. 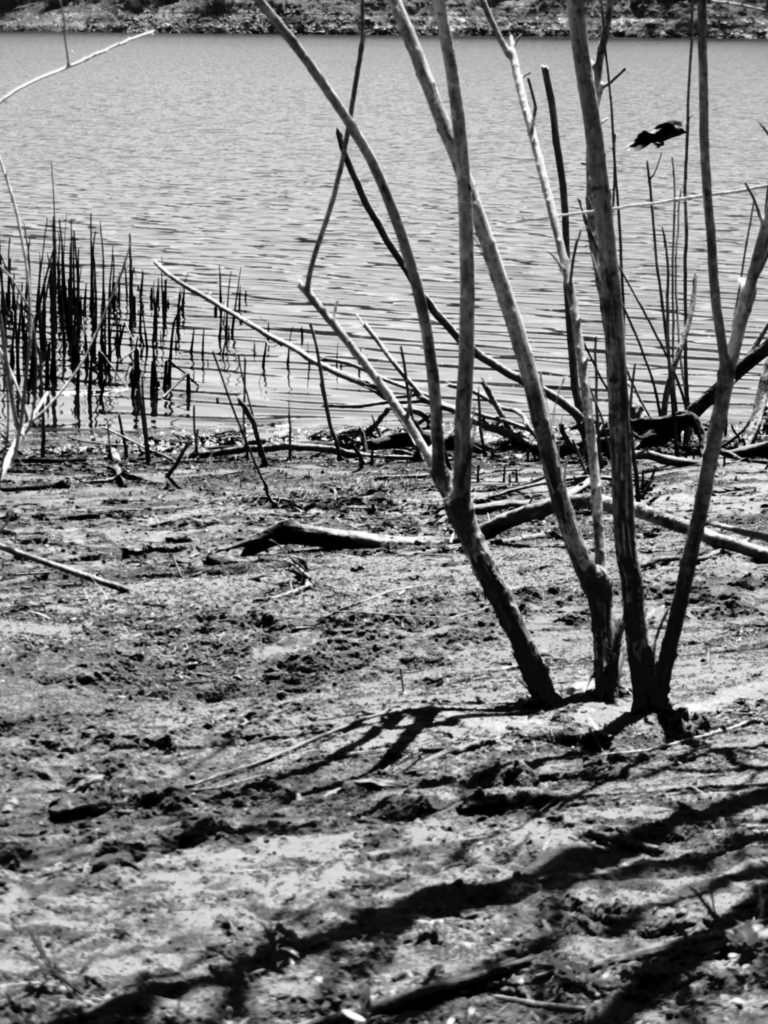 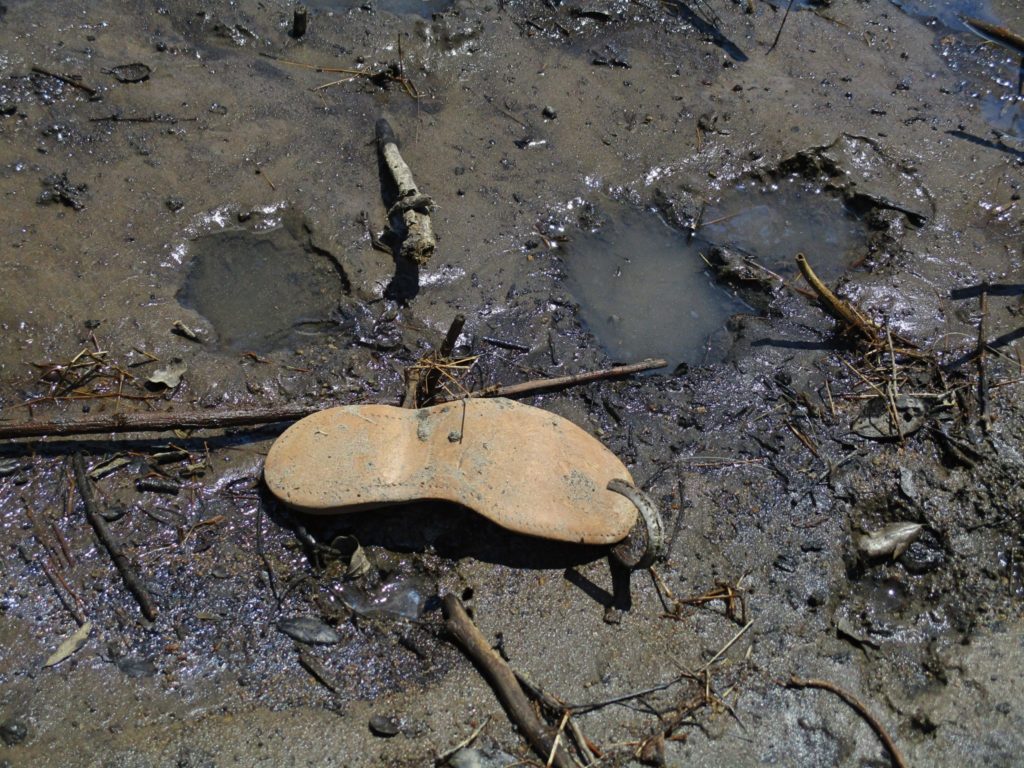 And some dog from long ago lost some tennis balls.. 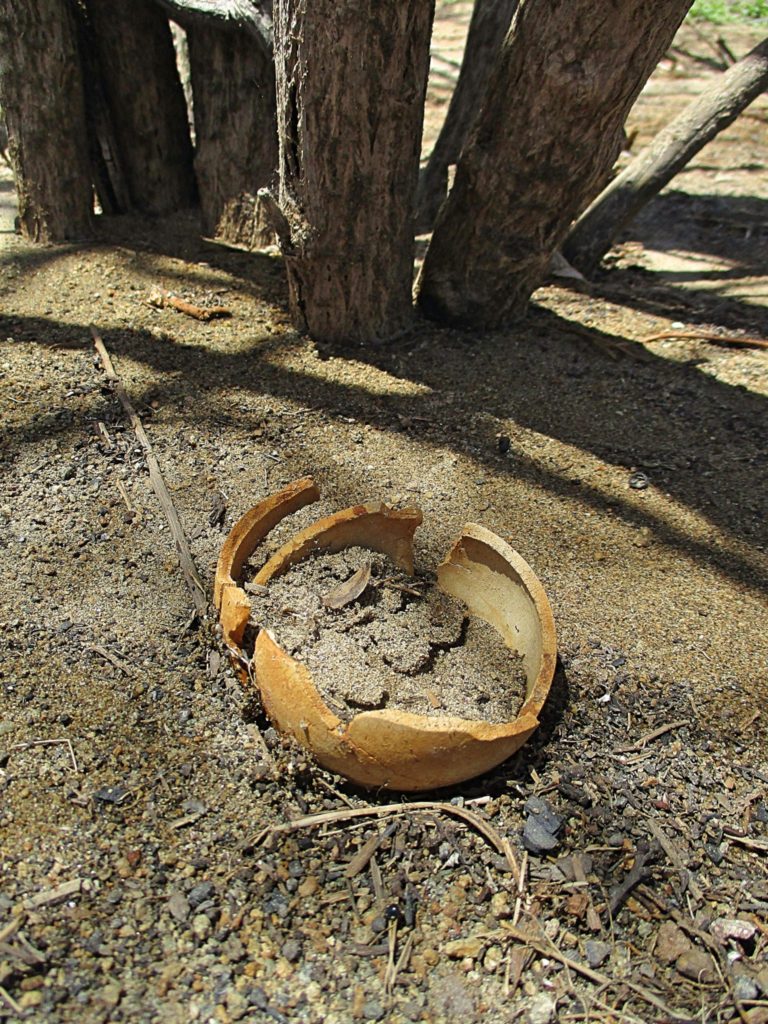 I didn’t know what the balls were at first. But you can barely see some of the left over bright yellow/green fuzz one. 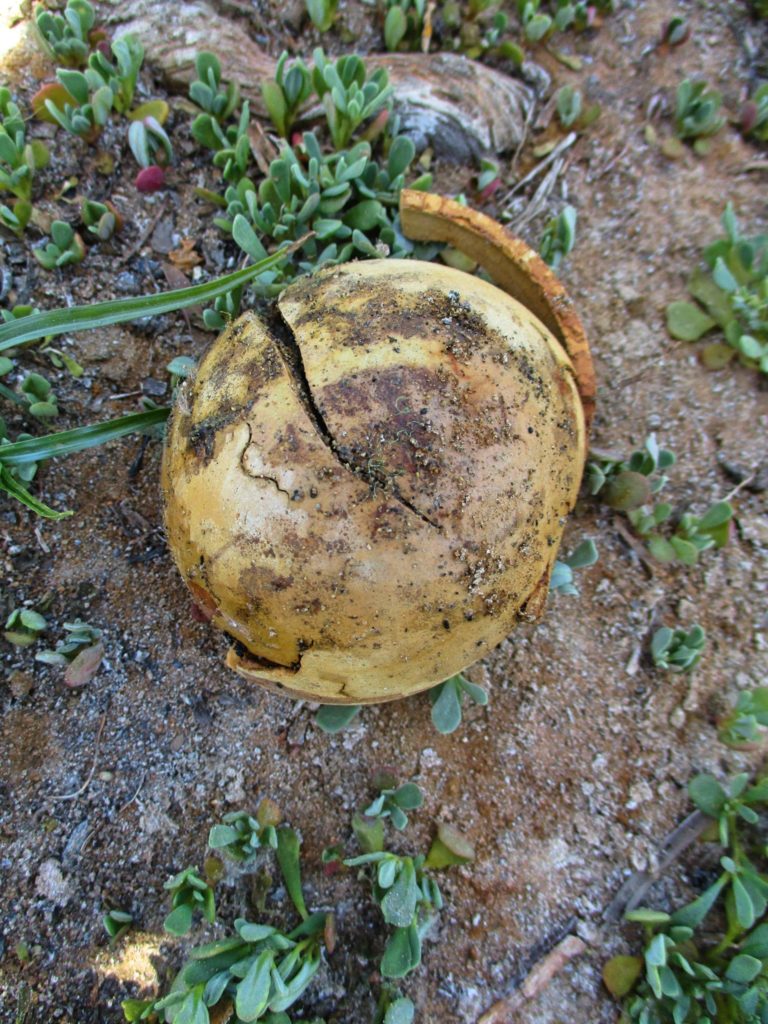 Meika told Luna that it would be okay to get in the water where the old reeds were. The monster won’t find them here. 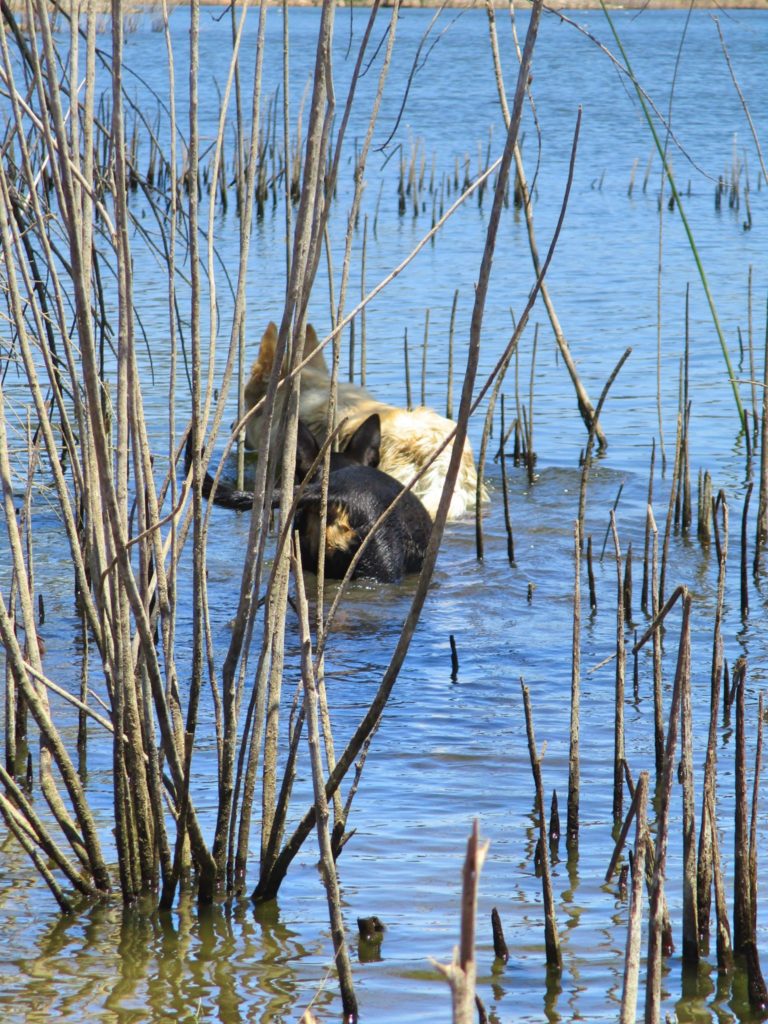 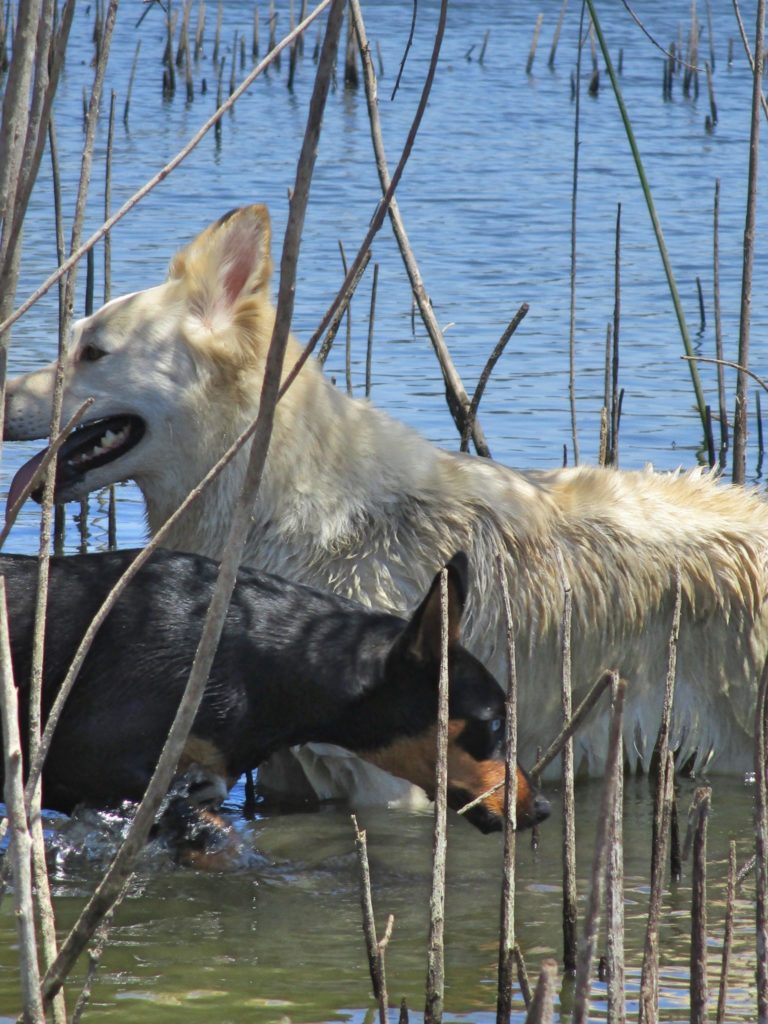 Meikas ancestors, the wolf lived with the Native Americans. She’s heard stories told from the elders that the monster is real. Beware.. 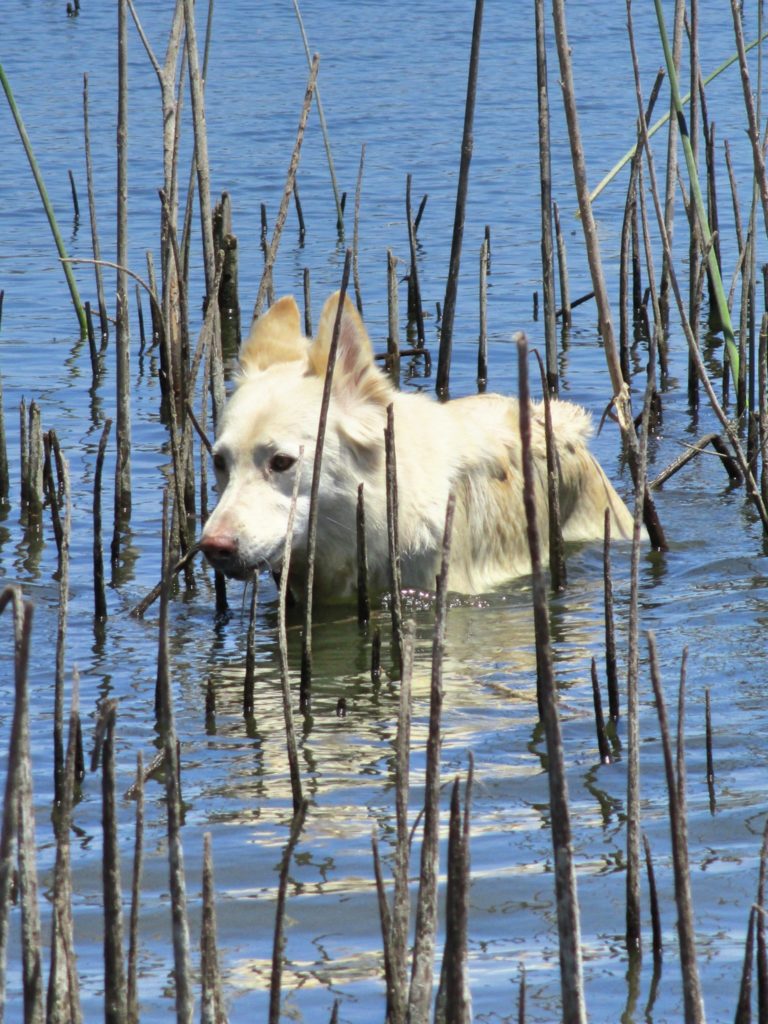 It is much safer on land for sure. 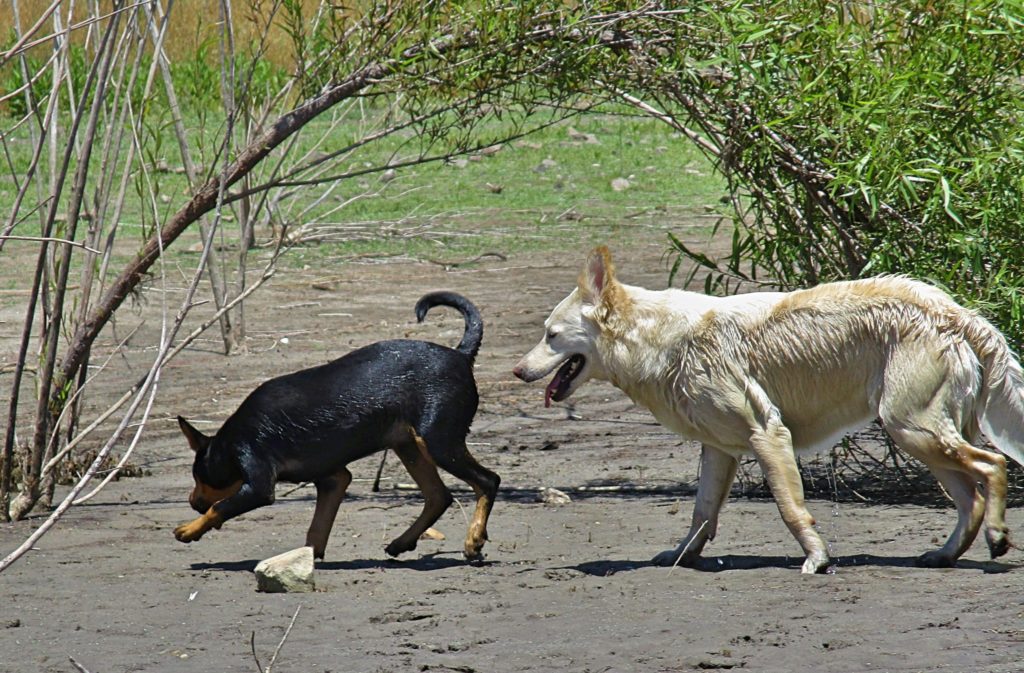 Back when the dam was built they had to flood some old homesteads. With the water so clear, too bad they won’t let you scuba dive this body of water. 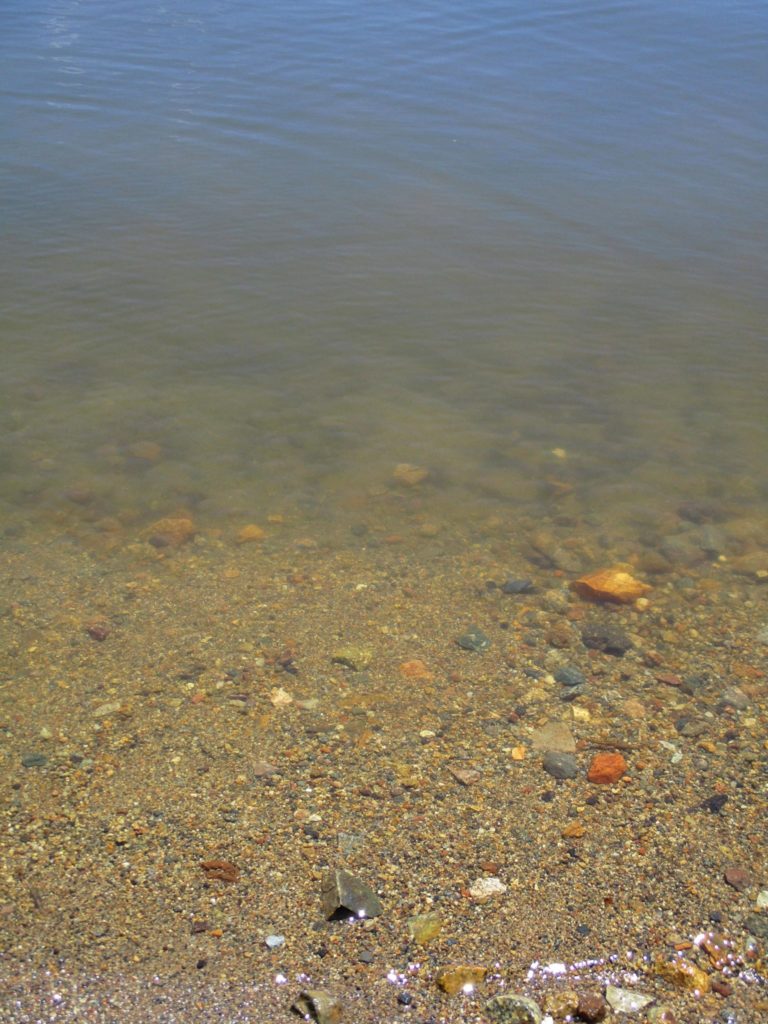 I found some old tile pieces on the shoreline. One was adobe the other ceramic, both were very old. 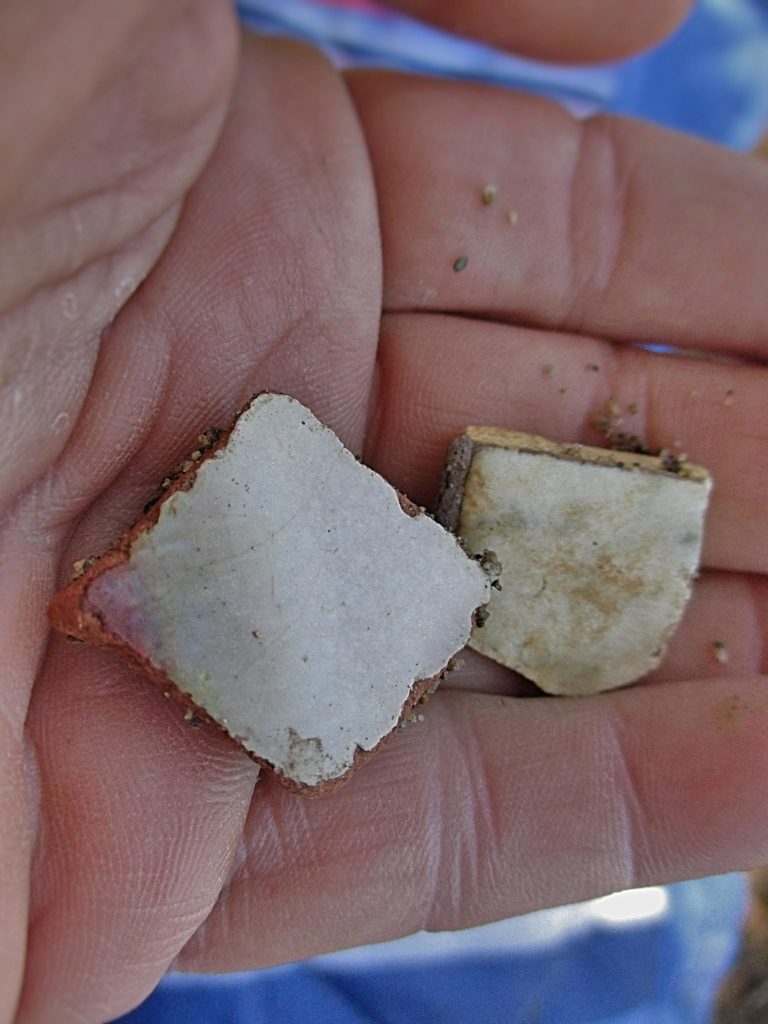 Speaking of River Monsters, elders and old stories,  the wind came up. It was very strong gust of wind lasting a few minutes, making the whole lakes water ripple. 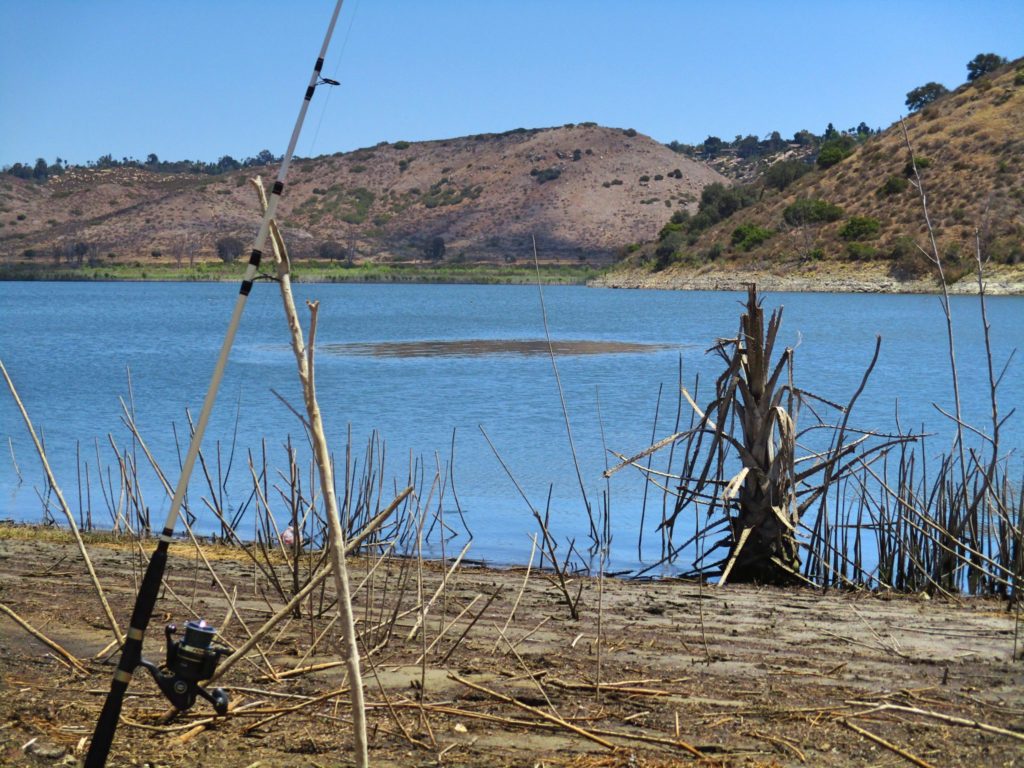 Except for this one spot.. Odd that it would stay calm in a circle.. 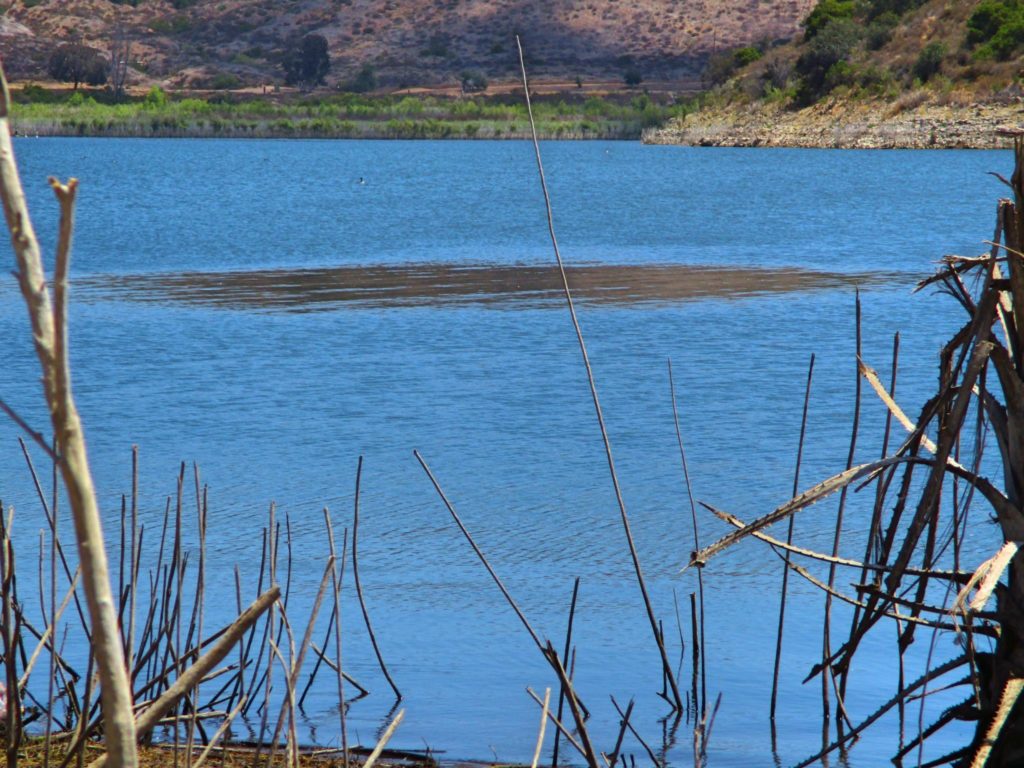 I even took a black and white. 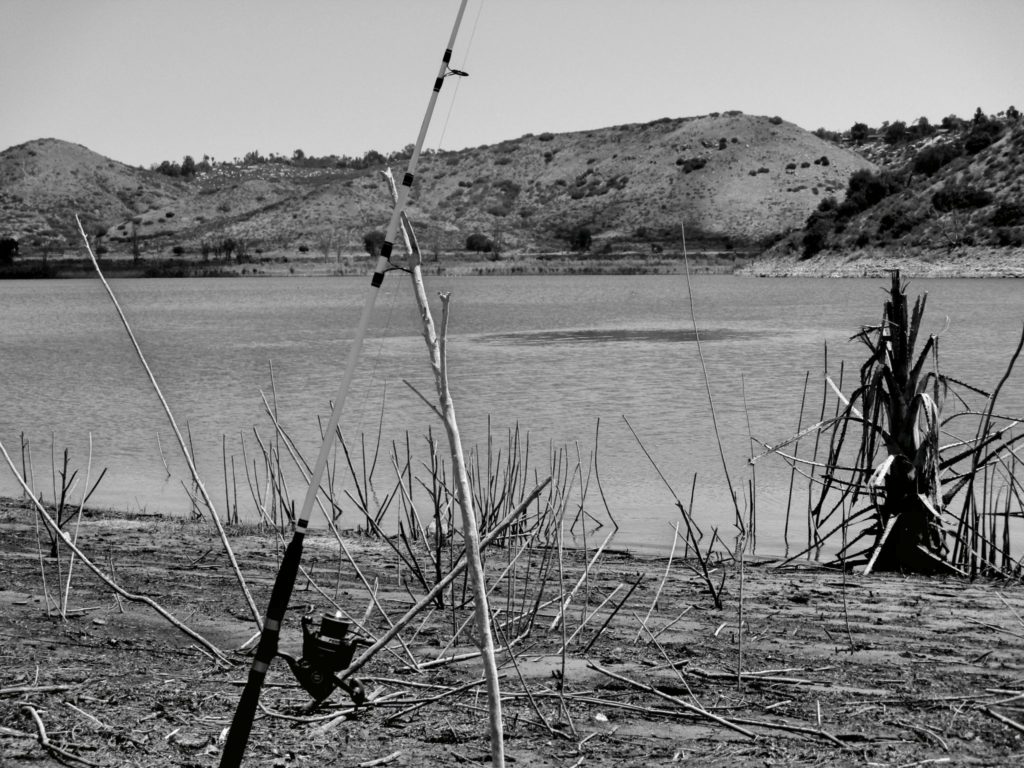 We ended up staying around 5 hours. The dogs finally got tired at about the 5th hour. lol

This little place was on the way out. It was so pretty. 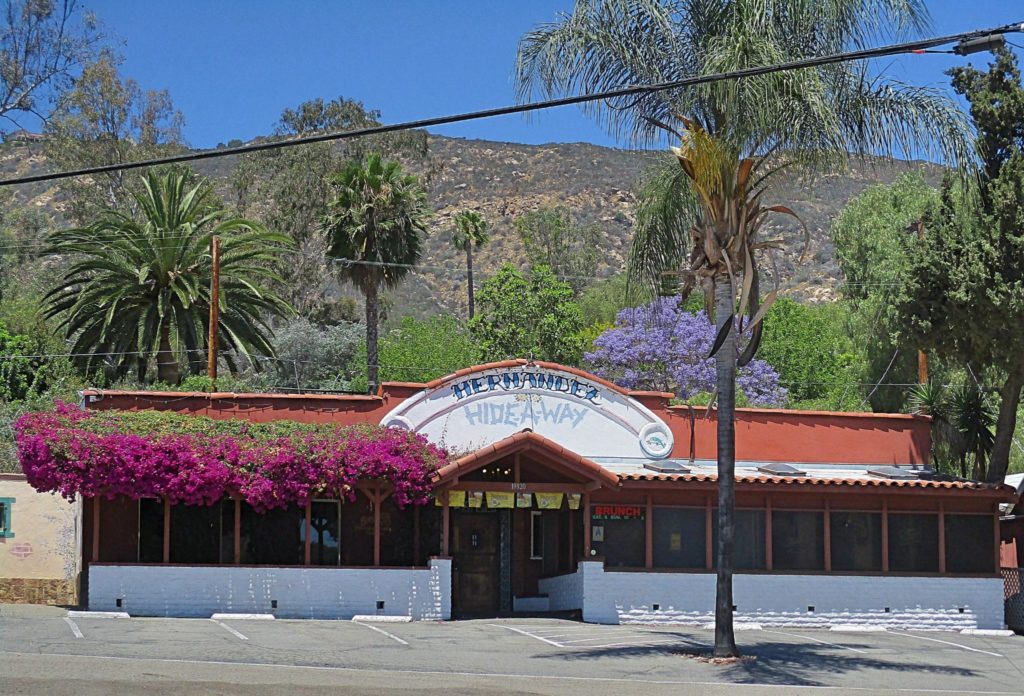