Want to go on a short 6 mile hike with me?

My son, the two dogs, and myself decided to go hike a 6 mile stretch of the first road in San Diego County from Yuma, Arizona.

There are many trails to get to where we were going. This is one of the parking places. We decided to drive up the road to find a better place, but let the dogs get out for a swim. 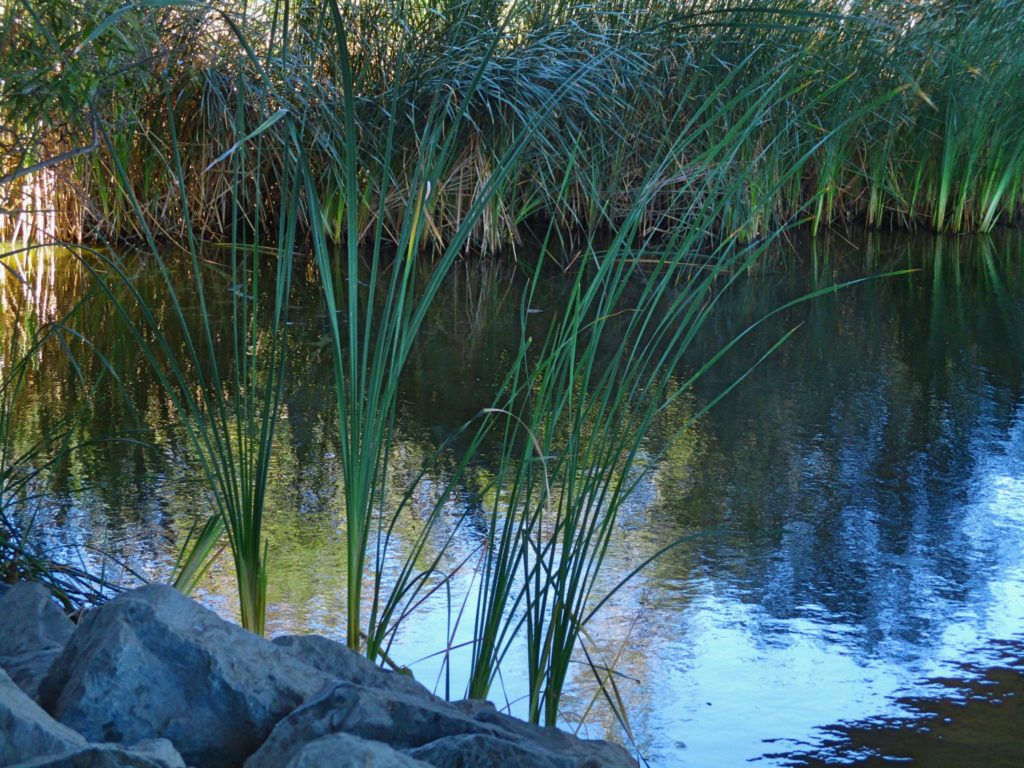 The water was ice cold! 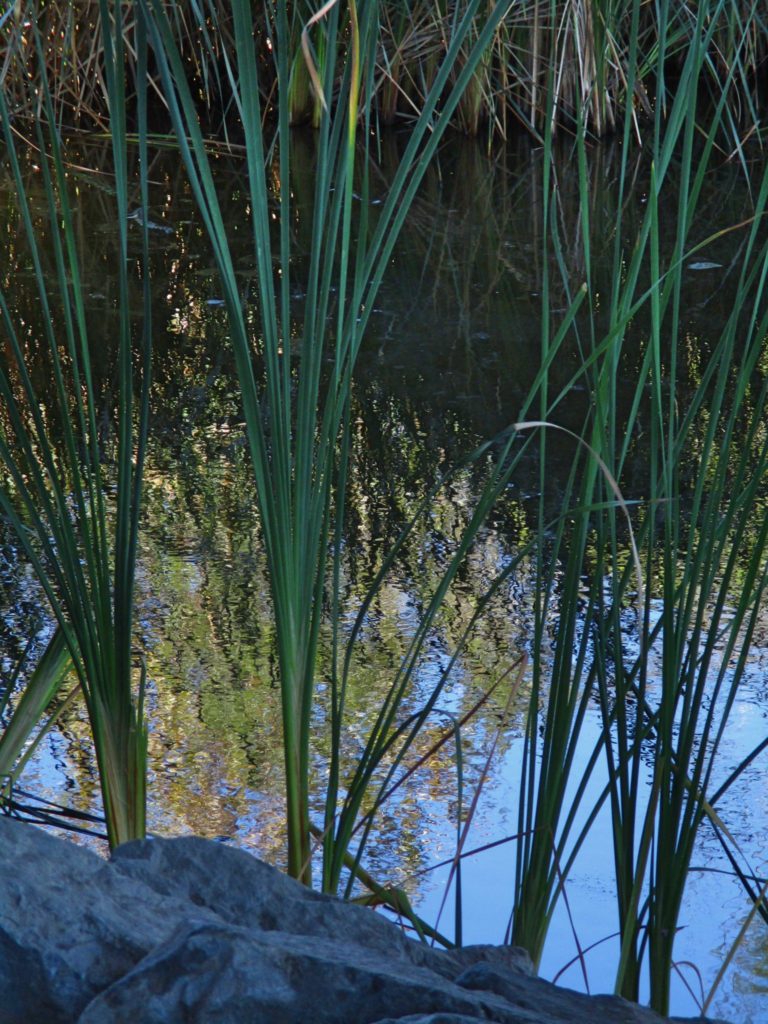 You can pronounce the name Penasquitos two ways. 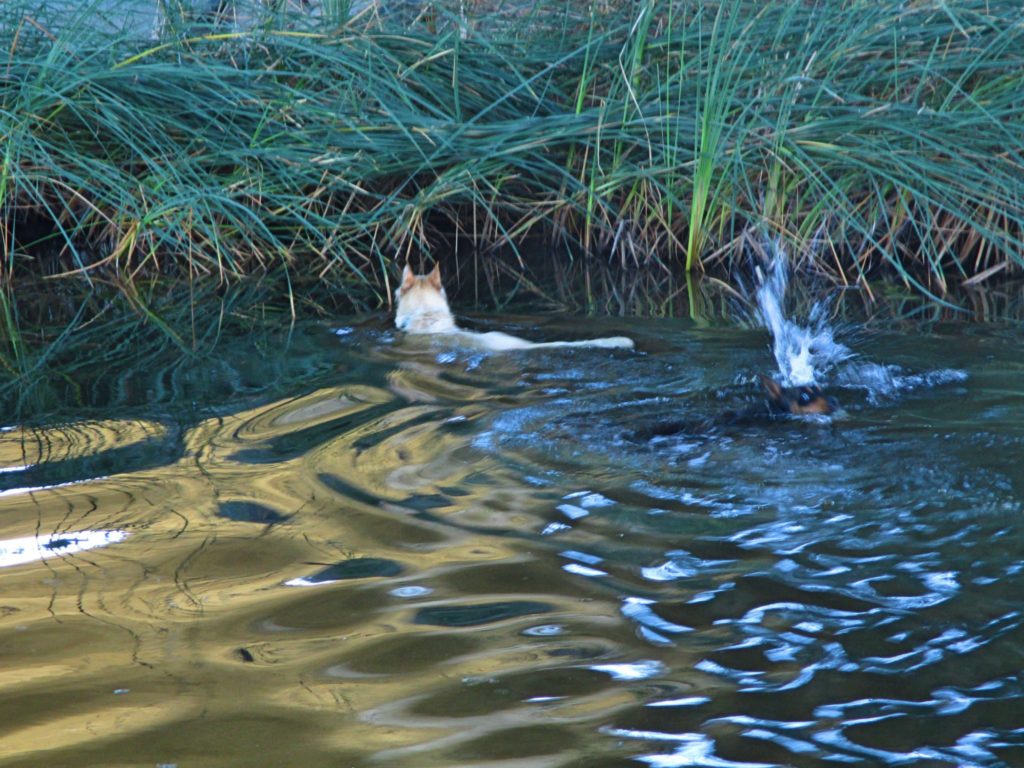 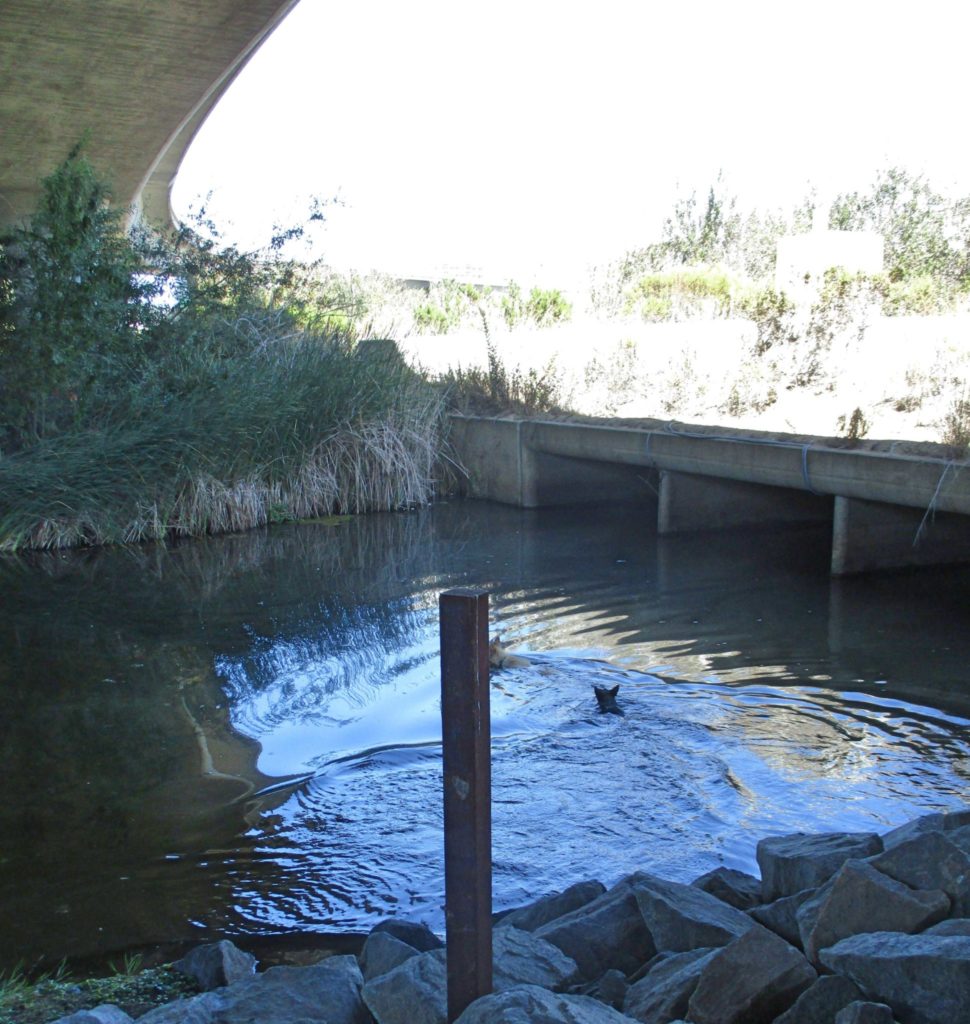 One more shot before we take off again. 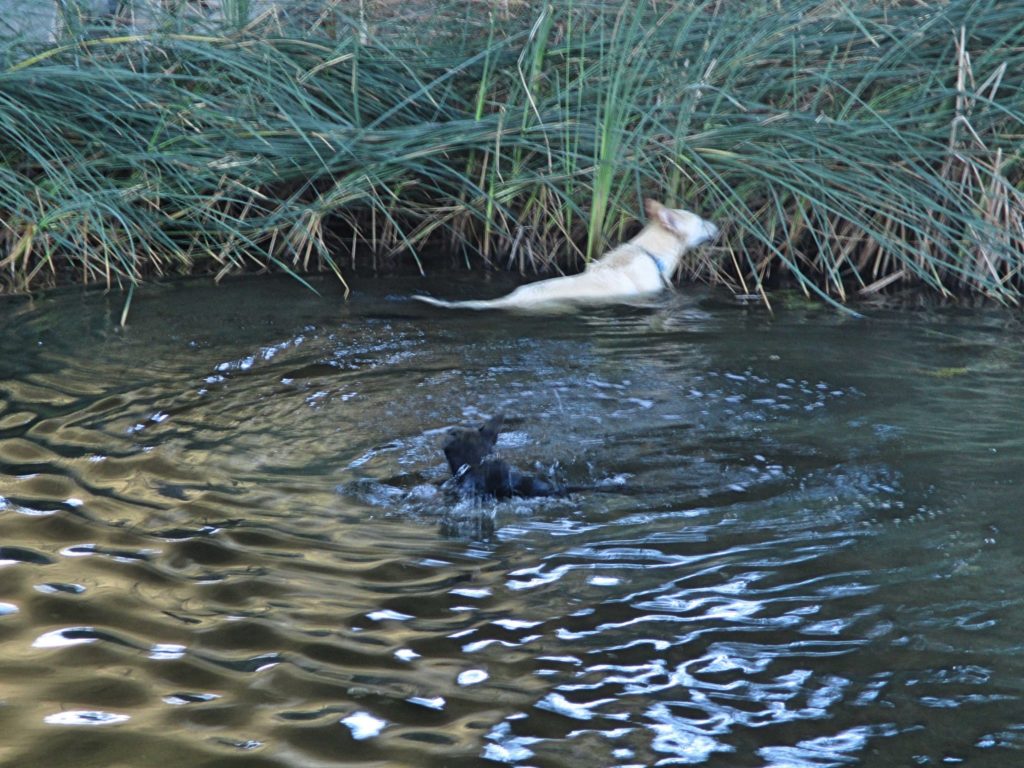 This is also where one of our cougar families live… This sign is posted at the start of the hike. 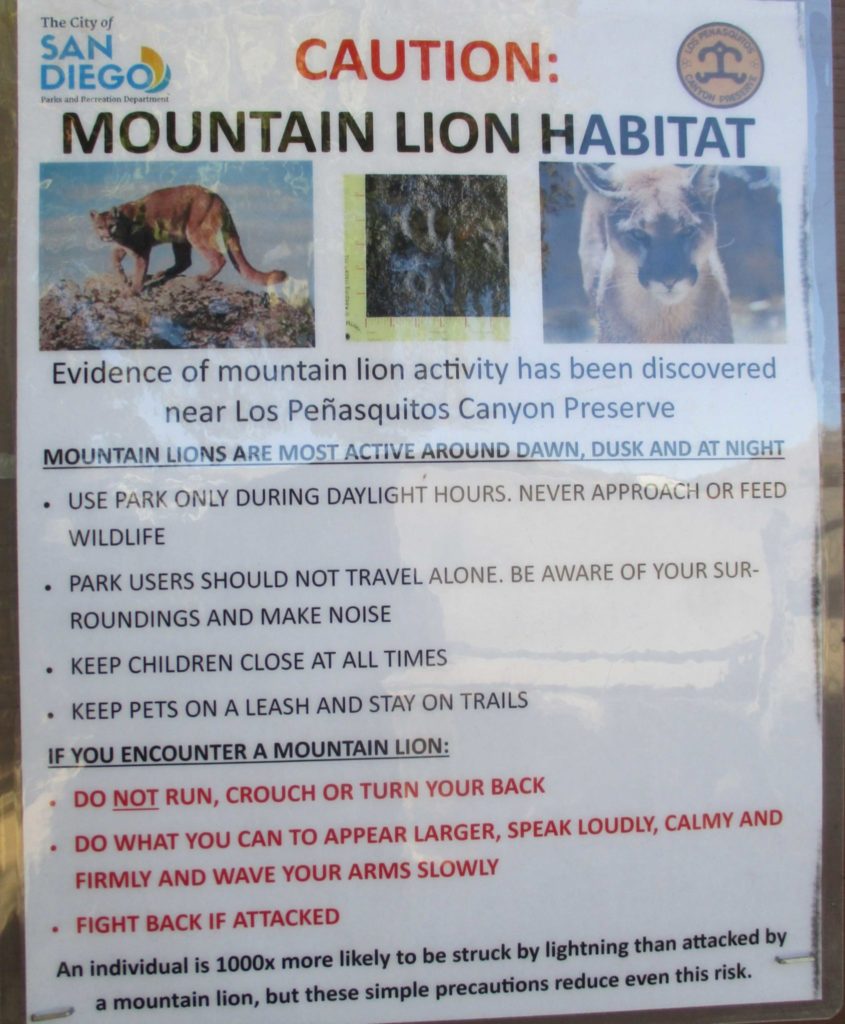 Los Penasquitos has a fascinating history! I will tell you a bit about it as we hike.

The starting point, with my son, Meika (white dog) and Luna (black dog).. Meika is hard to see, shes in front. 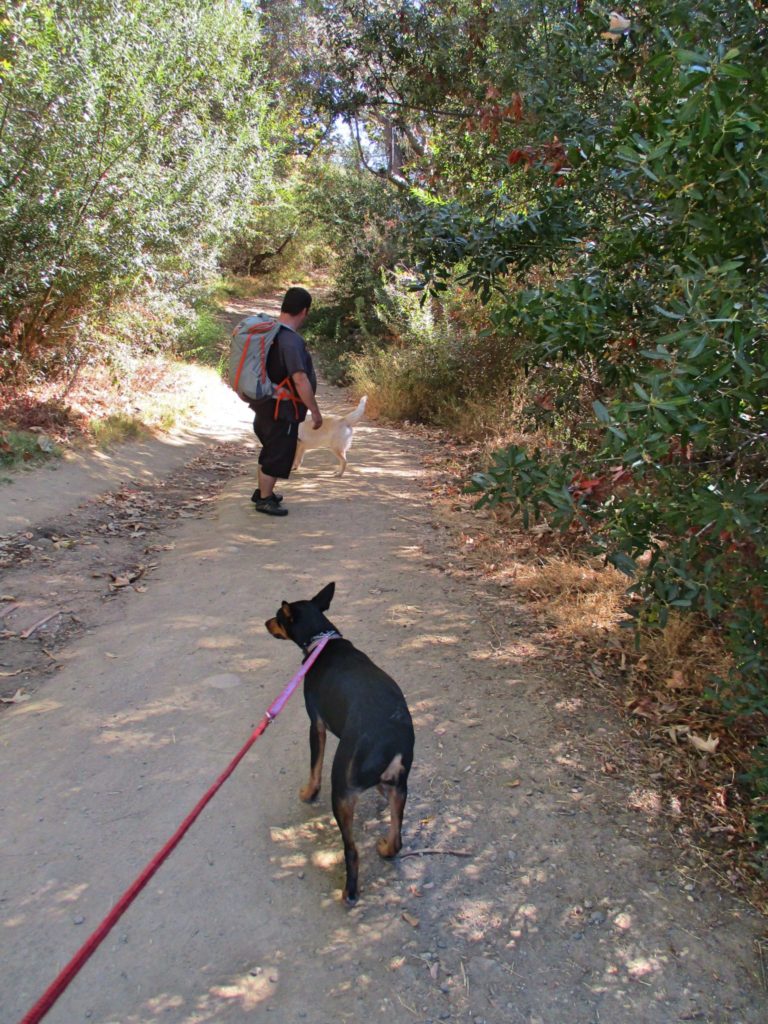 Nice starting point, great shade, but it didn’t last for long! A bit of history now, this was once a ranch!

In 1823 one league (4243 acres) of land was given to Captain Francisco Maria Ruiz, a Commandant of the San Diego resido. Ruiz spent many years in service to Mexico, and this was his reward. 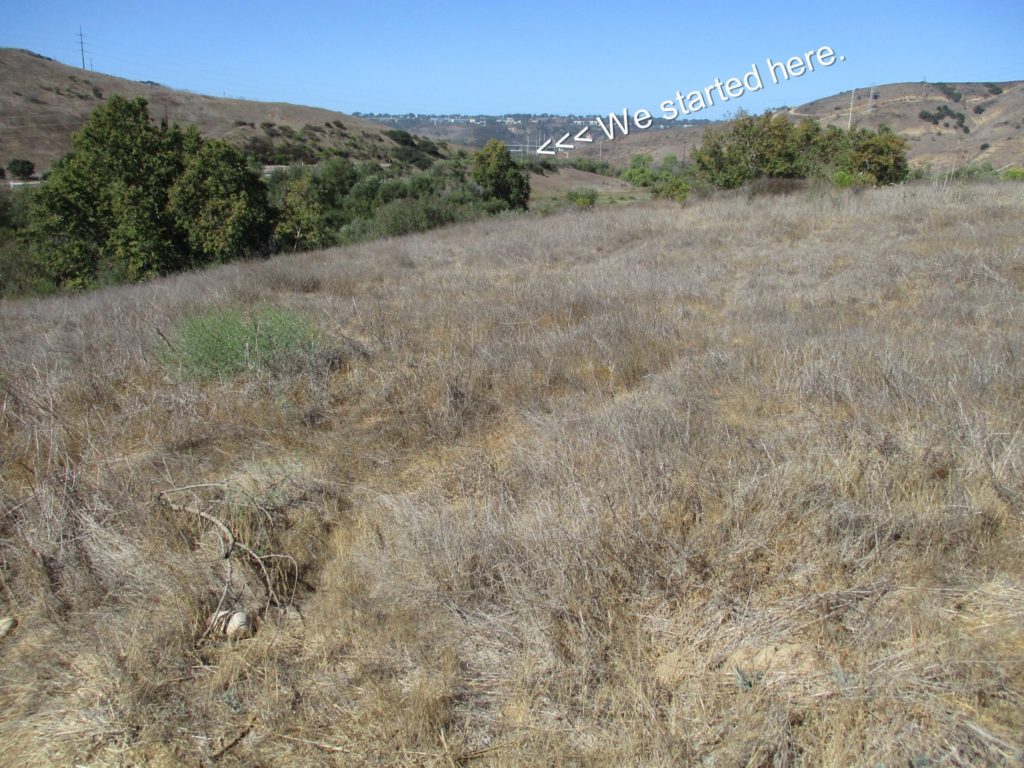 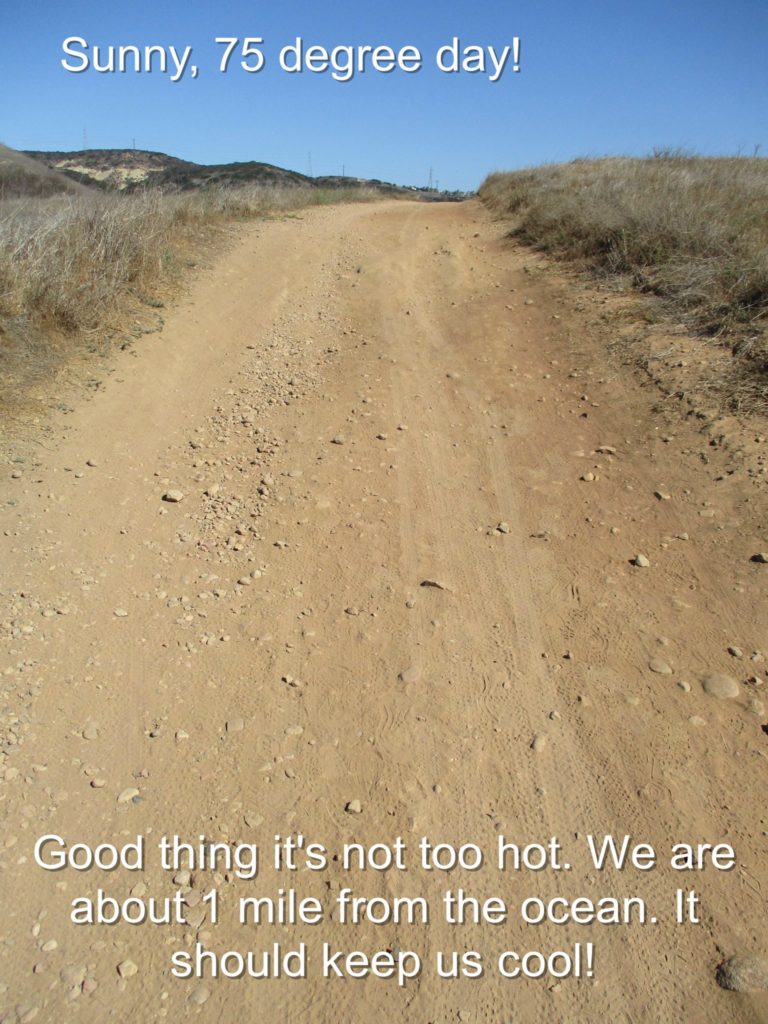 Ruiz once stated that he was not entirely pleased with this one league of land. He stated that parts of his rancho were covered with brush and were useless for cultivation or grazing his cattle. 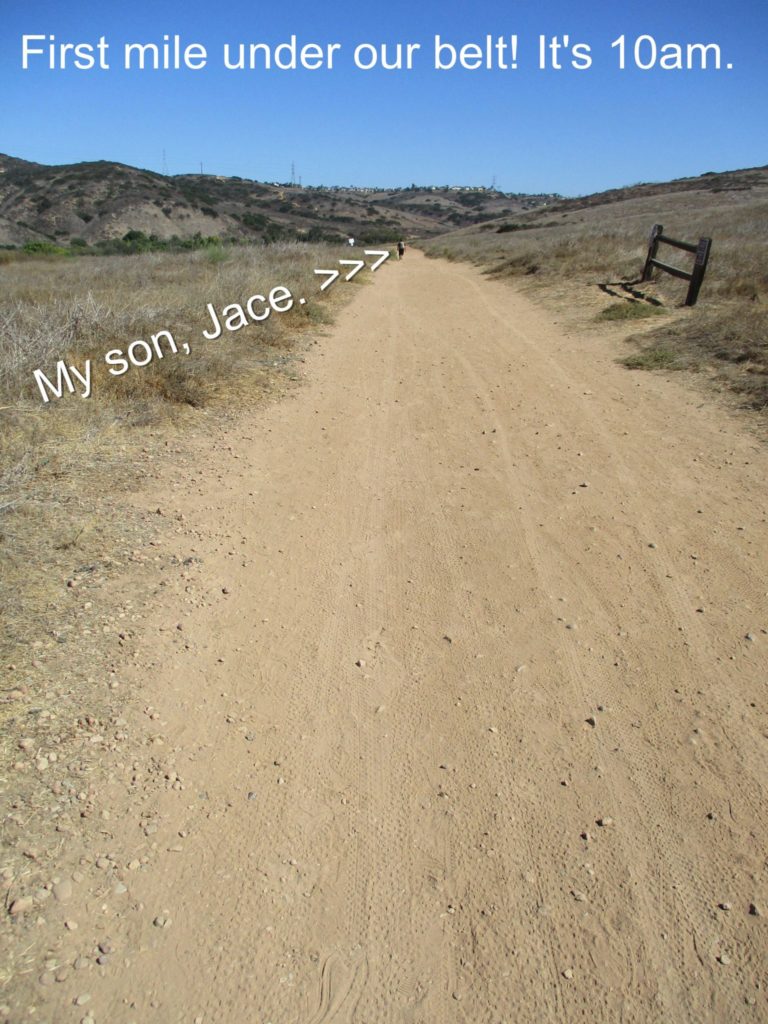 In 1834 Ruiz requested another league of land to the west called El Cuervo. He received his wish. 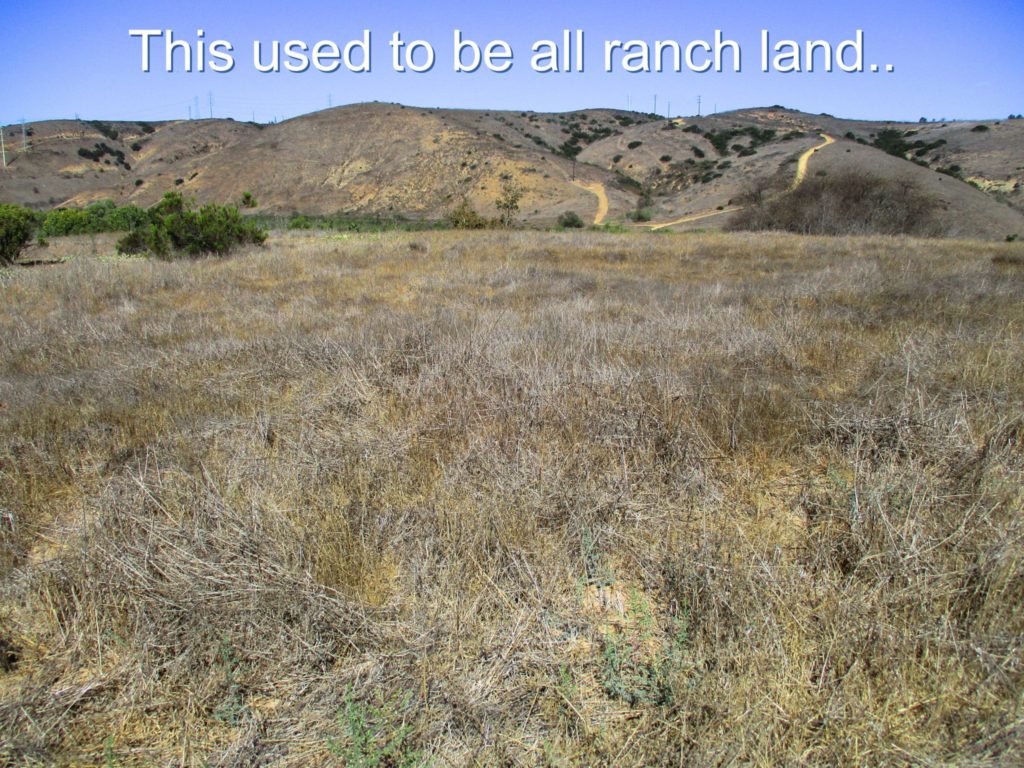 In 1837, Ruiz gave Penasquitos Canyon to his grandnephew, Franciso Maria Alvarado. Ruiz never married and the Alvarado family cared for the uncle in his declining years. 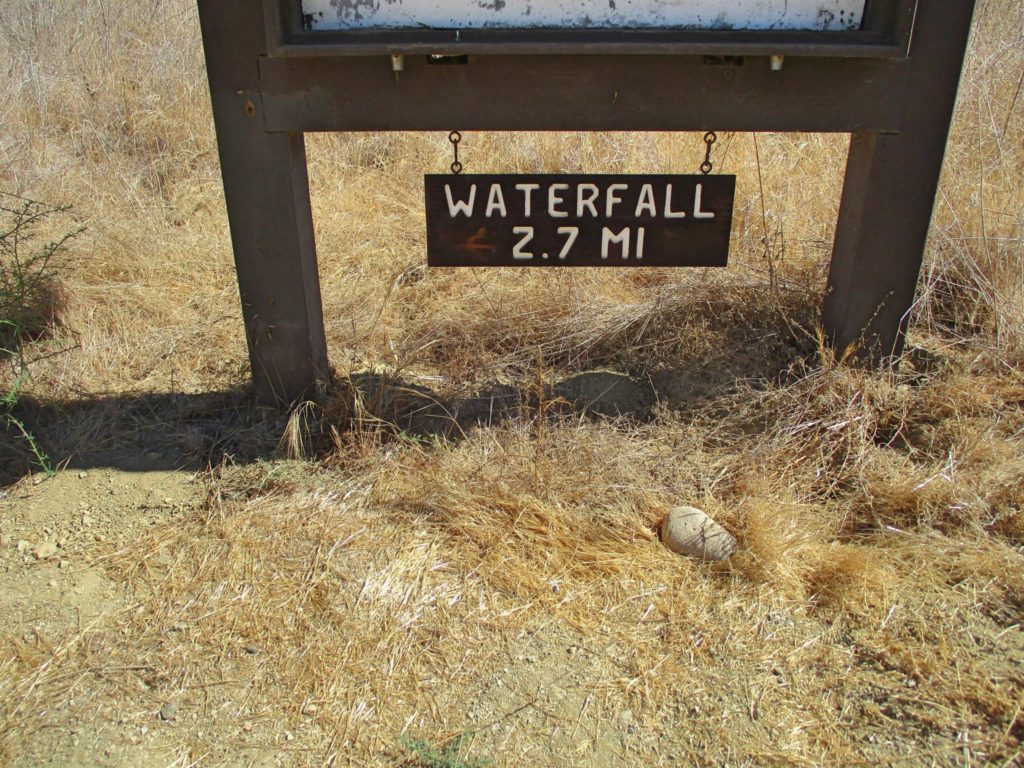 ~ Heading to the falls, which are not currently running but still have big pools of fresh clean clear water! 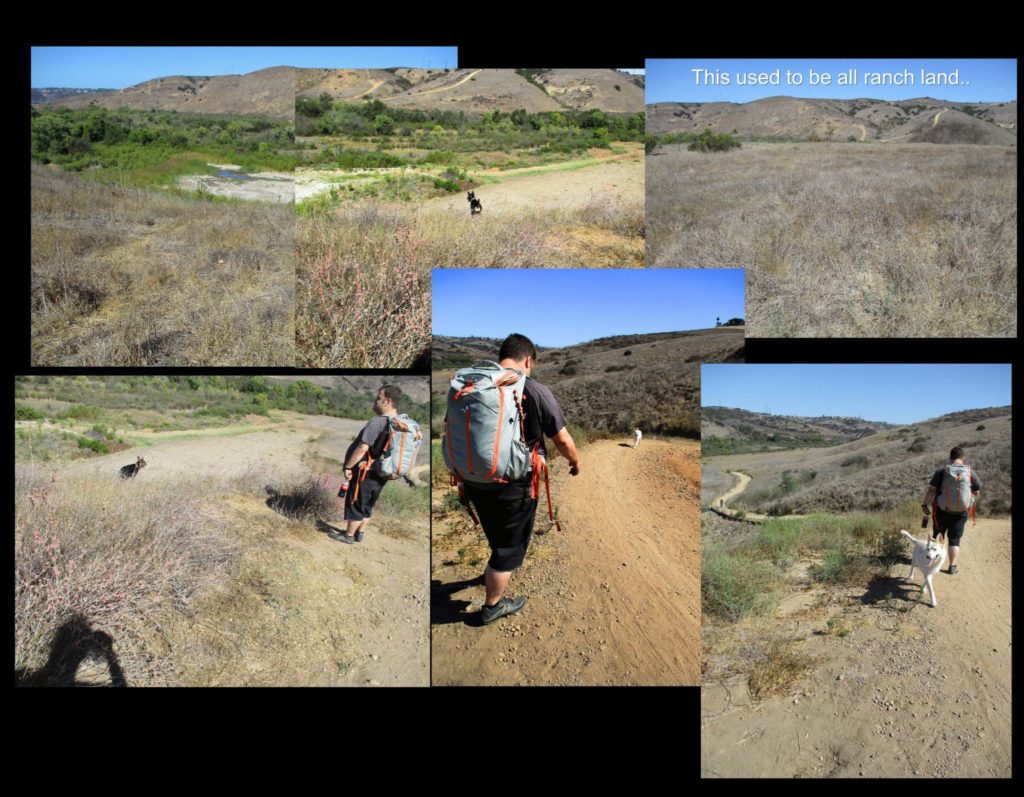 ~ It is so beautiful..Even with our drought there were wild flowers! 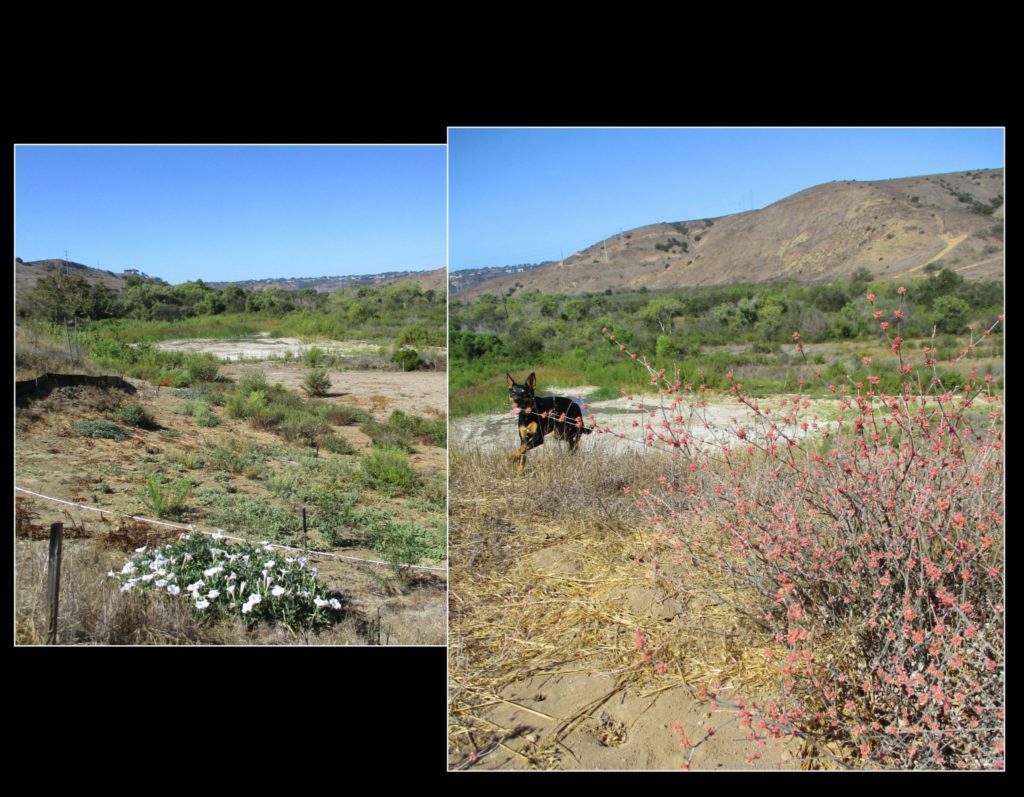 Alvarado was politically active in Old San Diego, he served as a councilman, Town Treasurer, Justice of Peace and Coroner.

~ We are getting closer to trees and shade! I am starting to feel crispy. 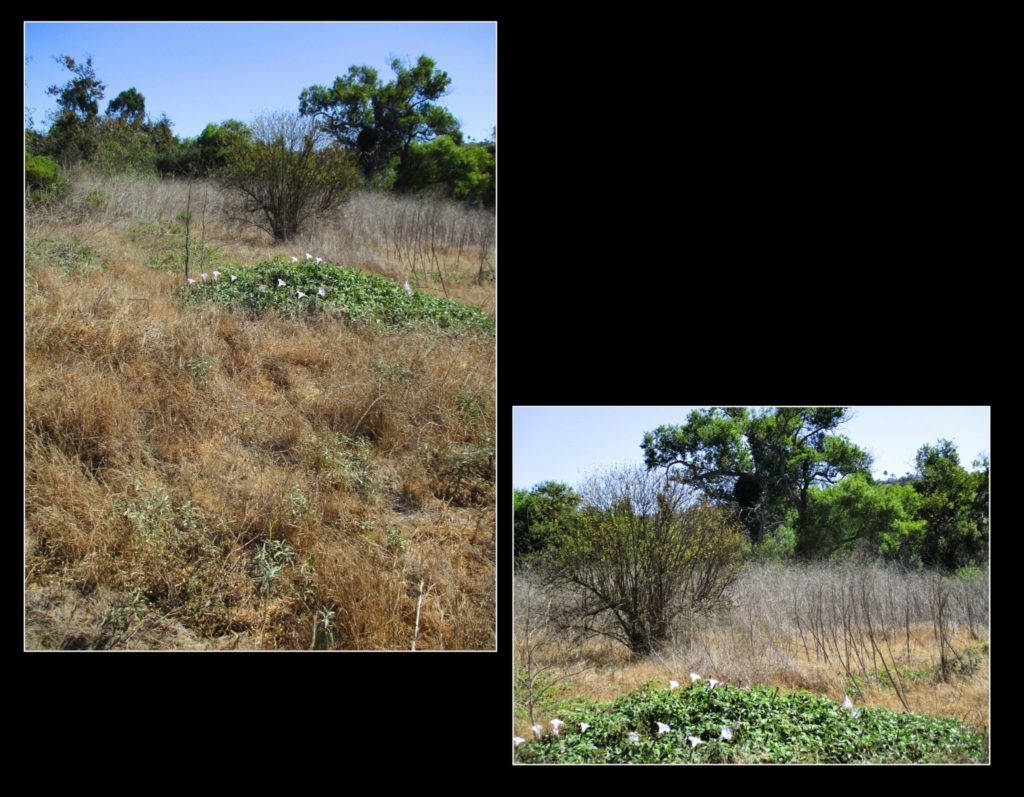 The main highway from Yuma, Arizona and Old San Diego ran right through Los Penasquitos Canyon. The army used this road to transport supplies. In 1848 this same road was used by Brigadier General Stephen Watts Kearny and the half-starved remnant of his Army of the West after their defeat in the Battle of Mule Hill in San Pasqual. 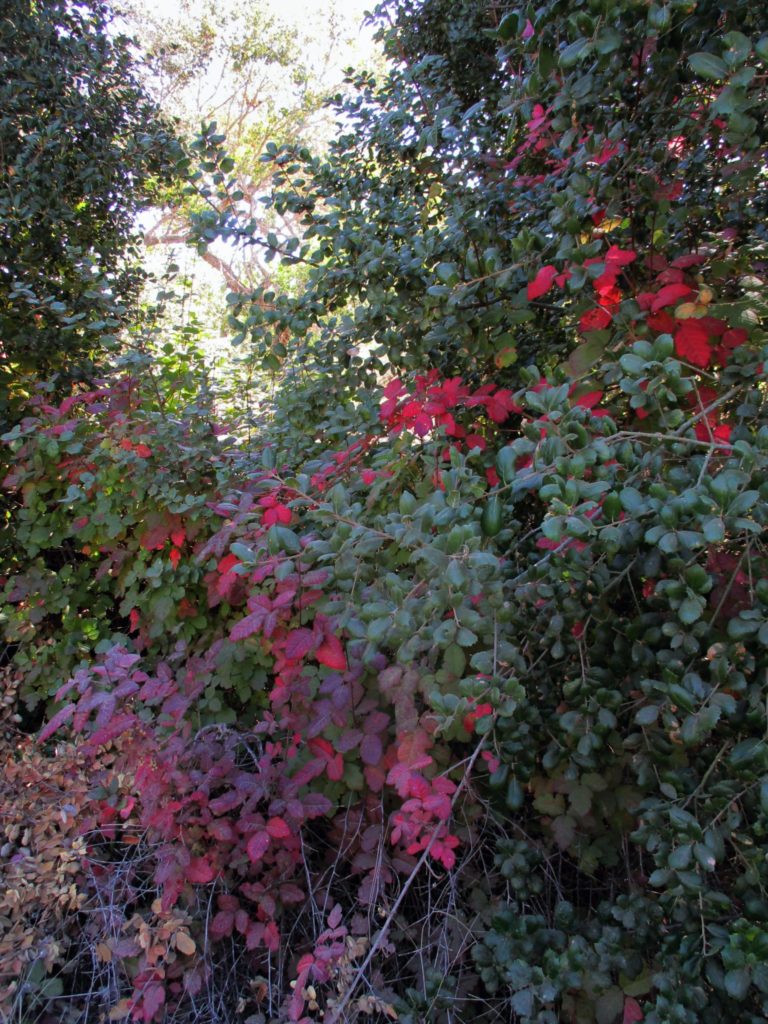 ~ Under the giant Live Oaks and Sycamore Trees, there is Poison Ivy and Oak. It sure is pretty and luckily I am not allergic to either one. 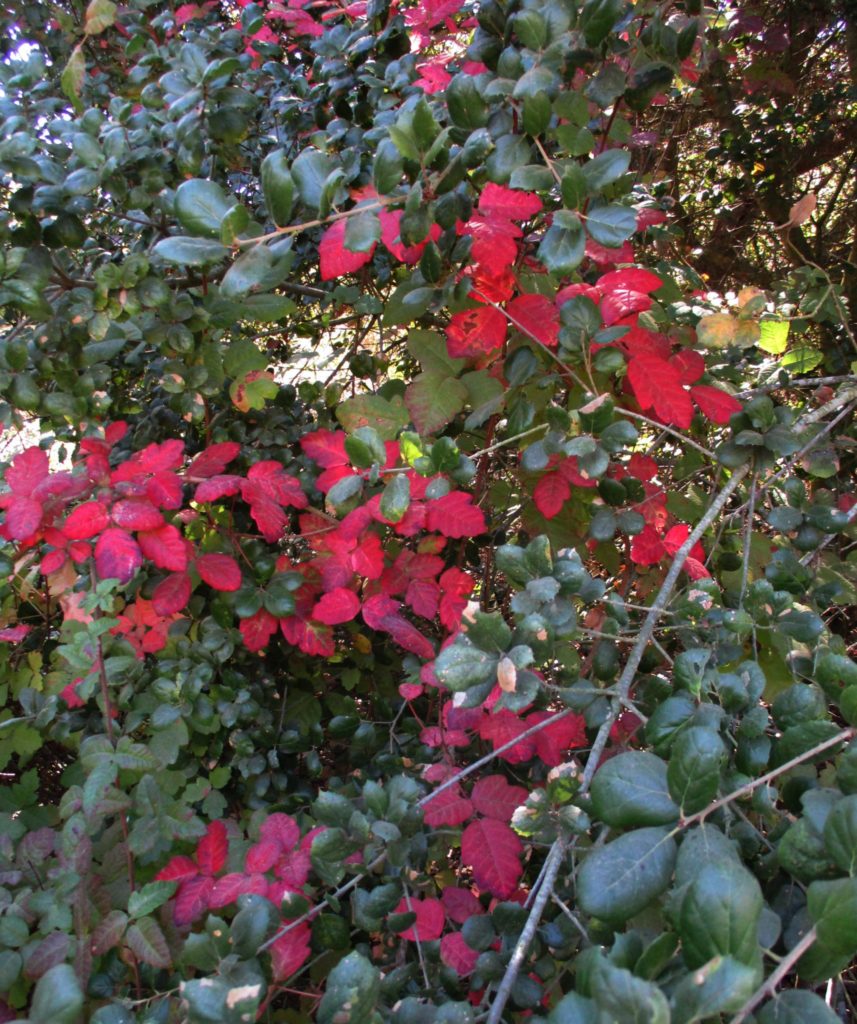 ~ Add water and look what happens! 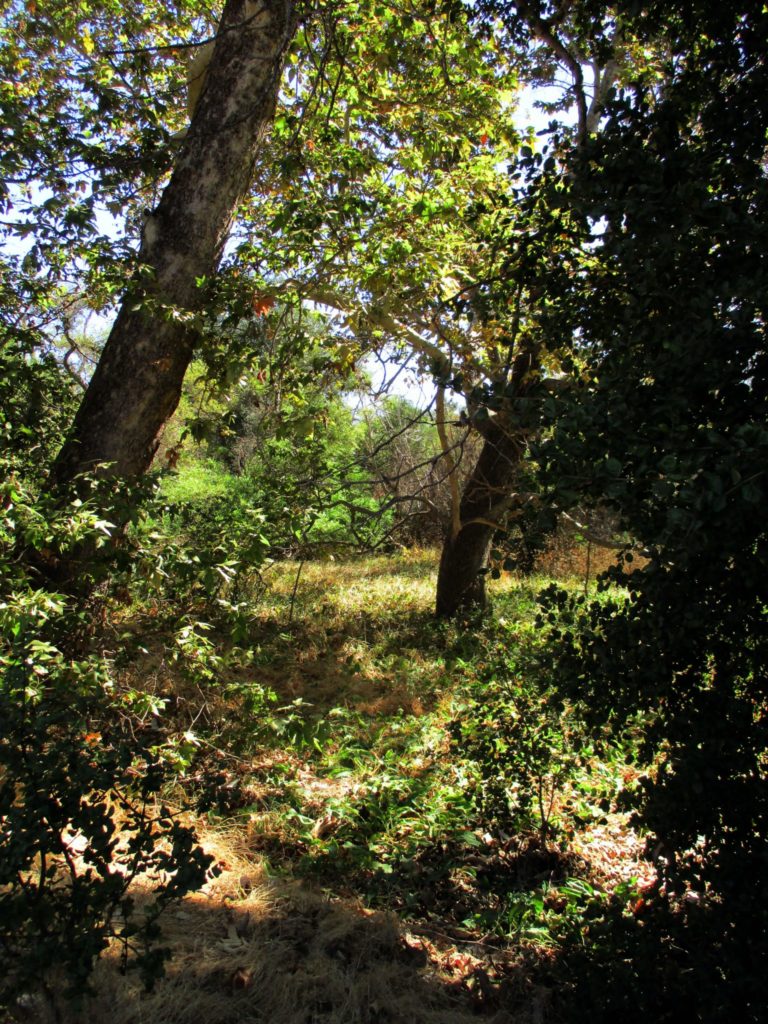 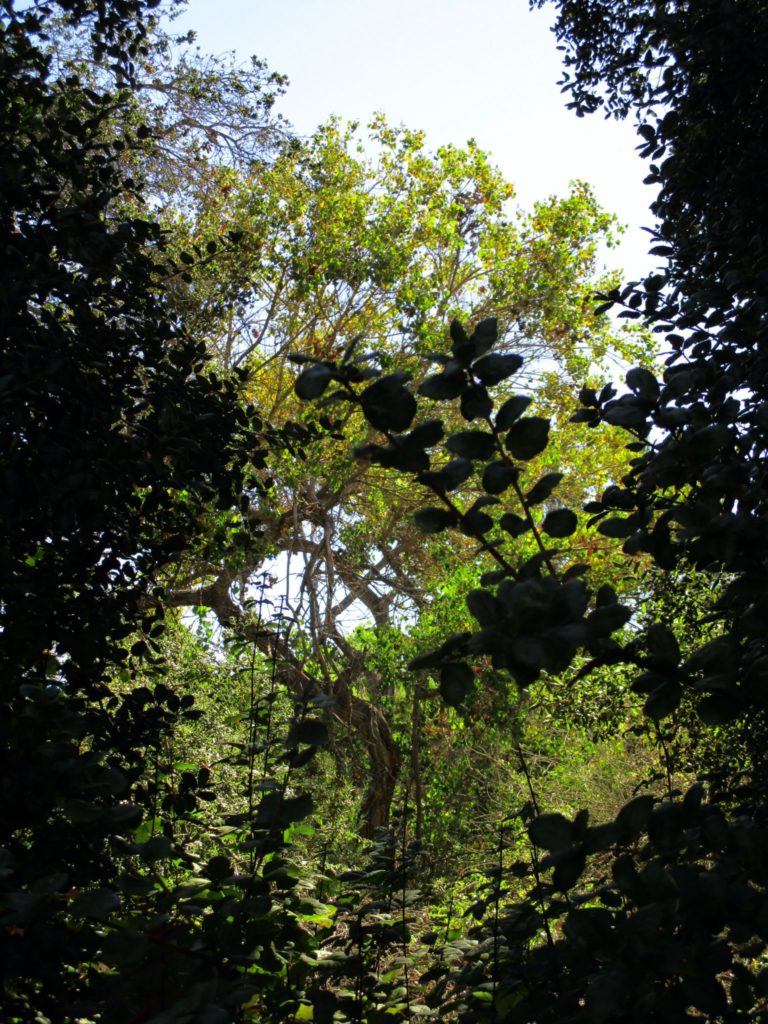 In 1857 Alvarado shifted ranch operations to his son, Diego, and in 1859 Alvardo’s daughter, married Captian George Alonzo Johnson. Capt. Johnson lost the ranch after a series of setbacks. 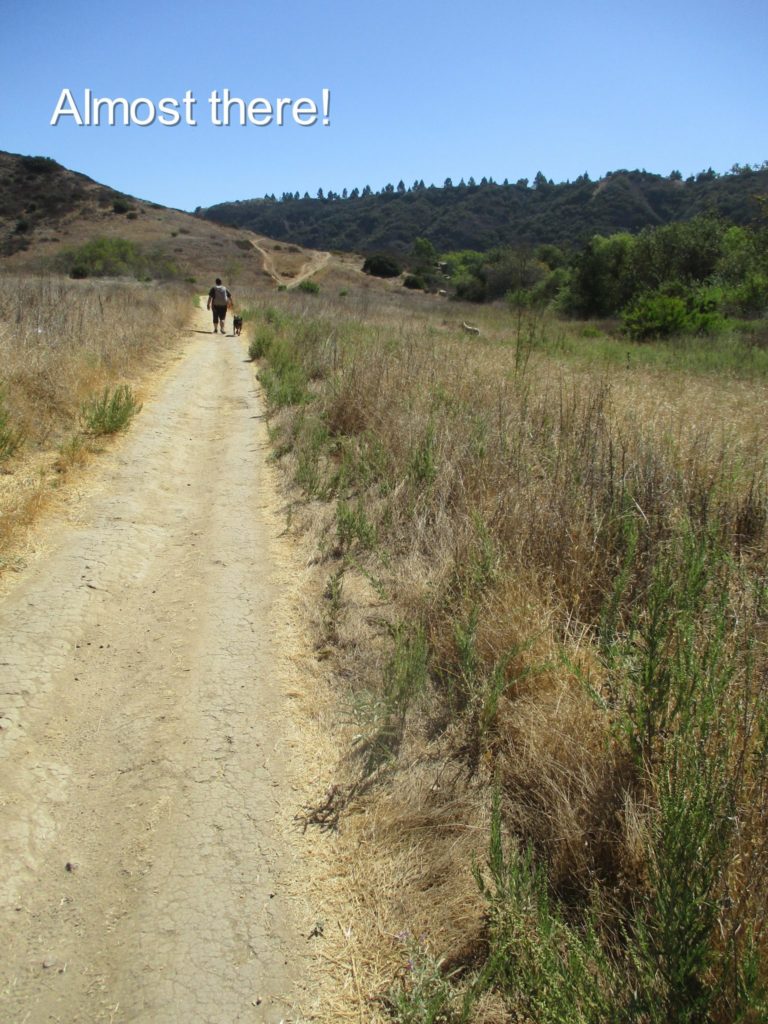 Colonel Jacob Taylor, founder of Del Mar,  bought the canyon for $15,000. However, Taylor lost the ranch in the recession in the late 1880’s. In 1921 George Sawdy and Oliver Sexon, two of San Diego’s best known cattleman bought the ranch and stocked it with cattle.

Back to the present ~ Can you see Meika on the right? It’s been a hike, she is ready for another swim. There were water holes all the way! 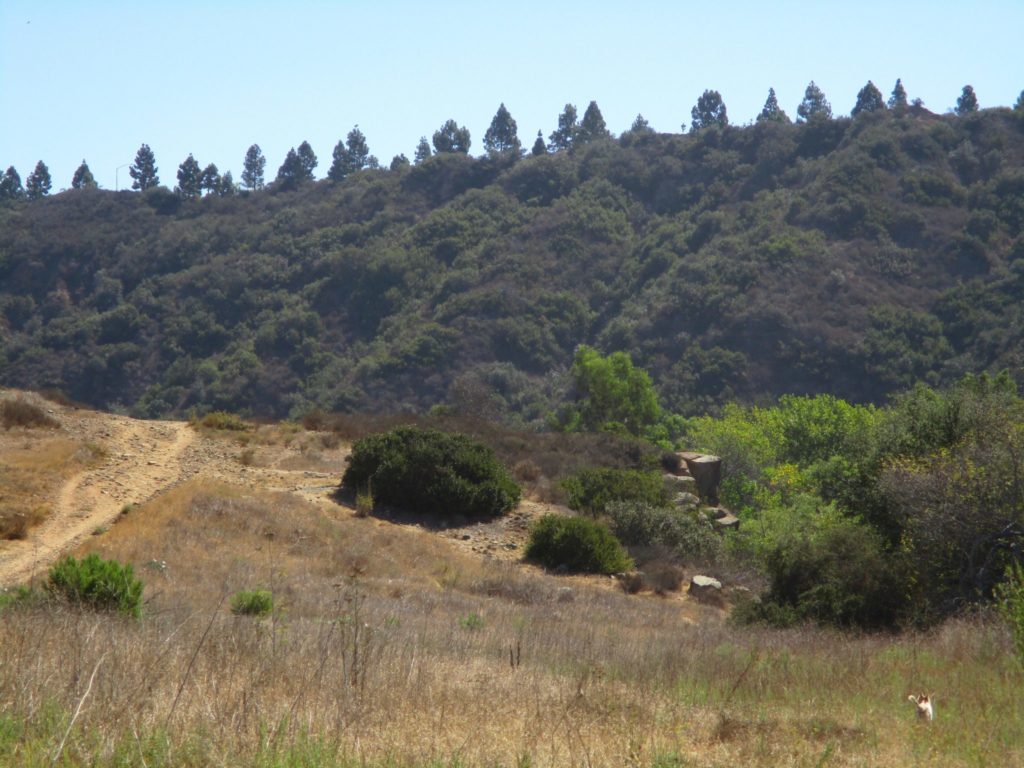 The water fall is just over that ridge, if it were running that is. Meika warns the pup of a drop off. 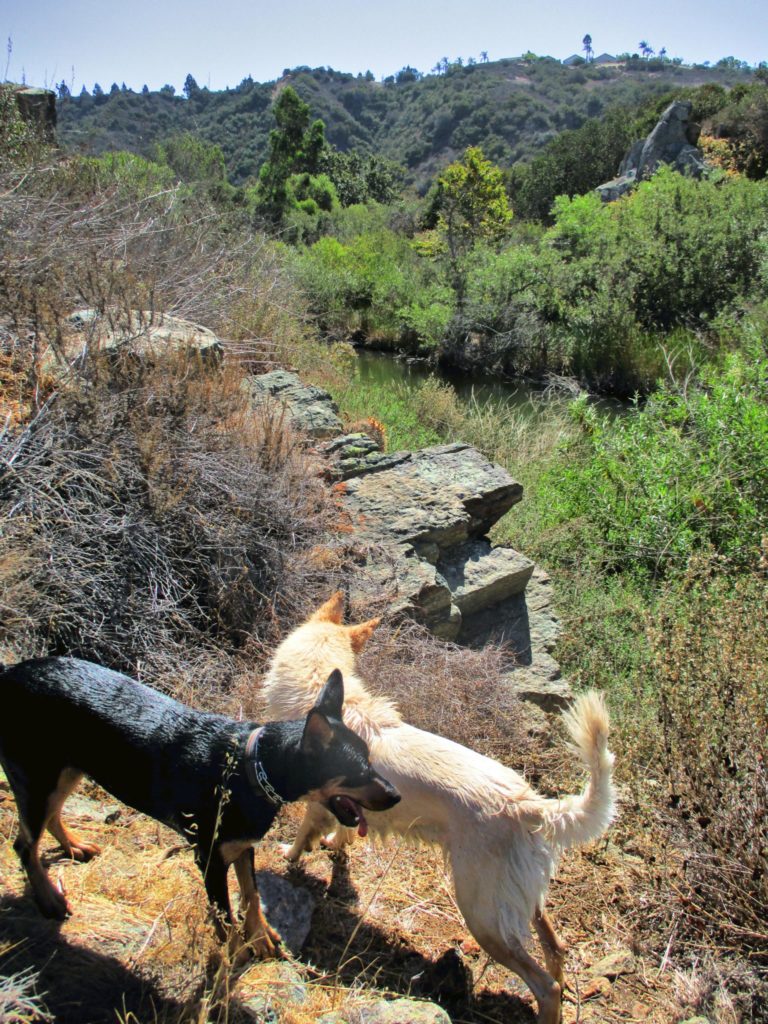 More to come later. We still have to swim and head back! Look for part two coming soon!