We took the dogs to the beach on Tuesday!

We wanted to find a beach that wasn’t packed full of people on towels, so the dogs could run.

We found a beach just down from the San Onofre State Beach.

San Onofre is a closed nuclear power plant. You will see in some of the photos

I took so many photos I decided to divide the post into different parts.

Here is the first, and all the shots without the dogs in them. 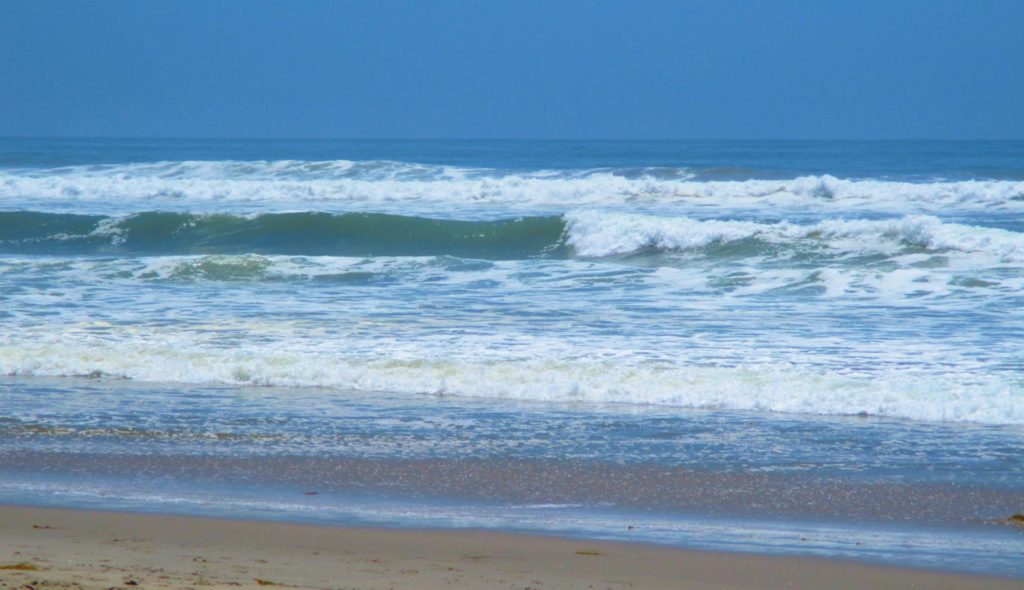 The waves were coming in almost right on top of each other. 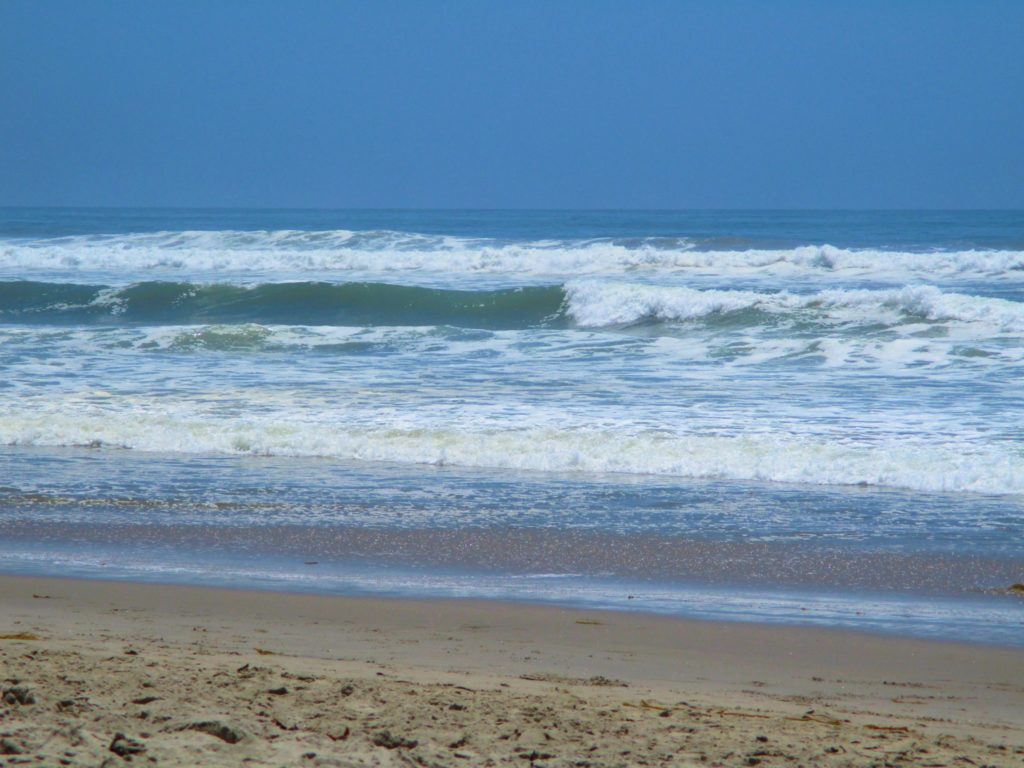 Those big waves out there in the back are 8 foot high. 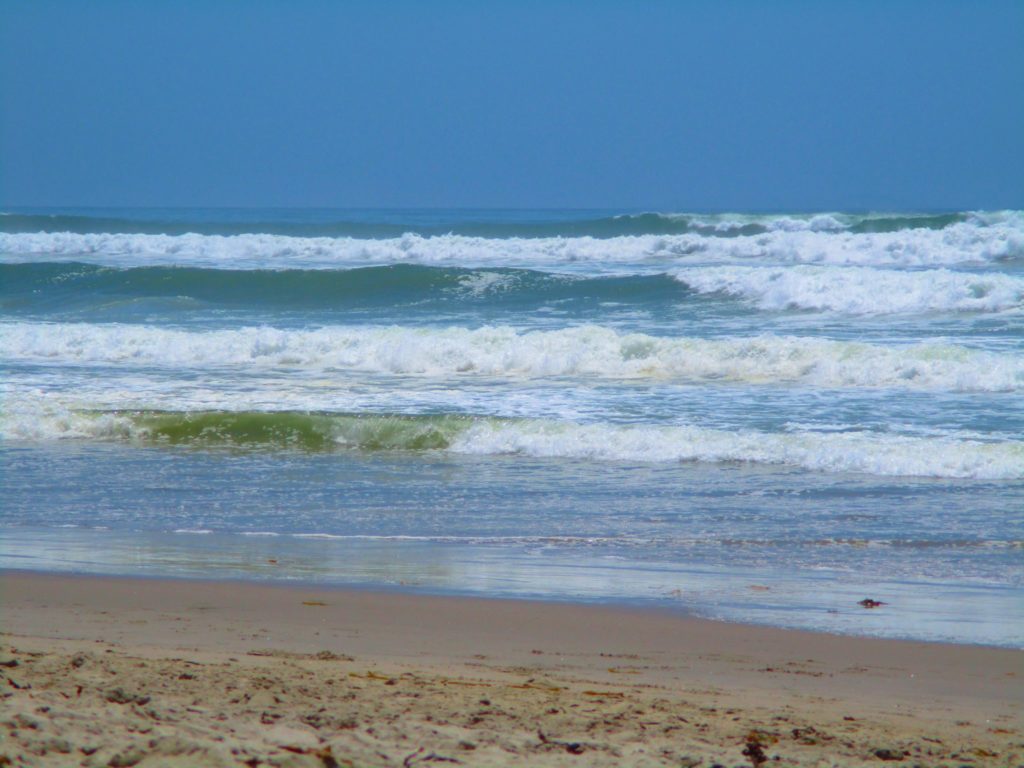 Looking up the coast you can see the nuclear plant. 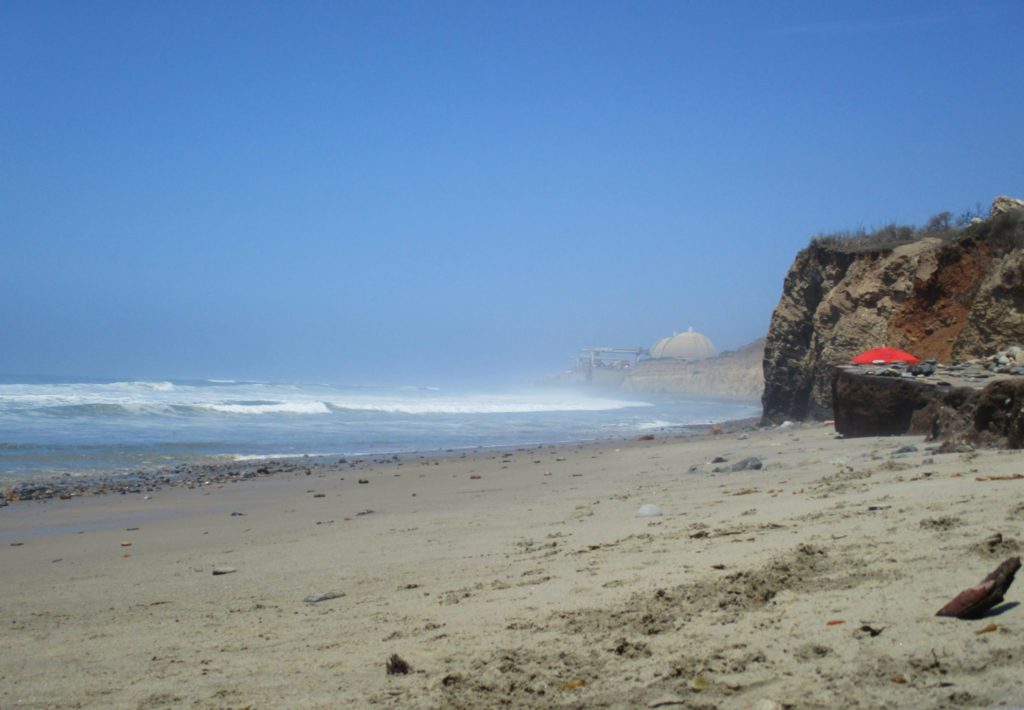 A closer look at the plant. My dad used to refer to this plant as the Dos Chichi. Two breasts.. 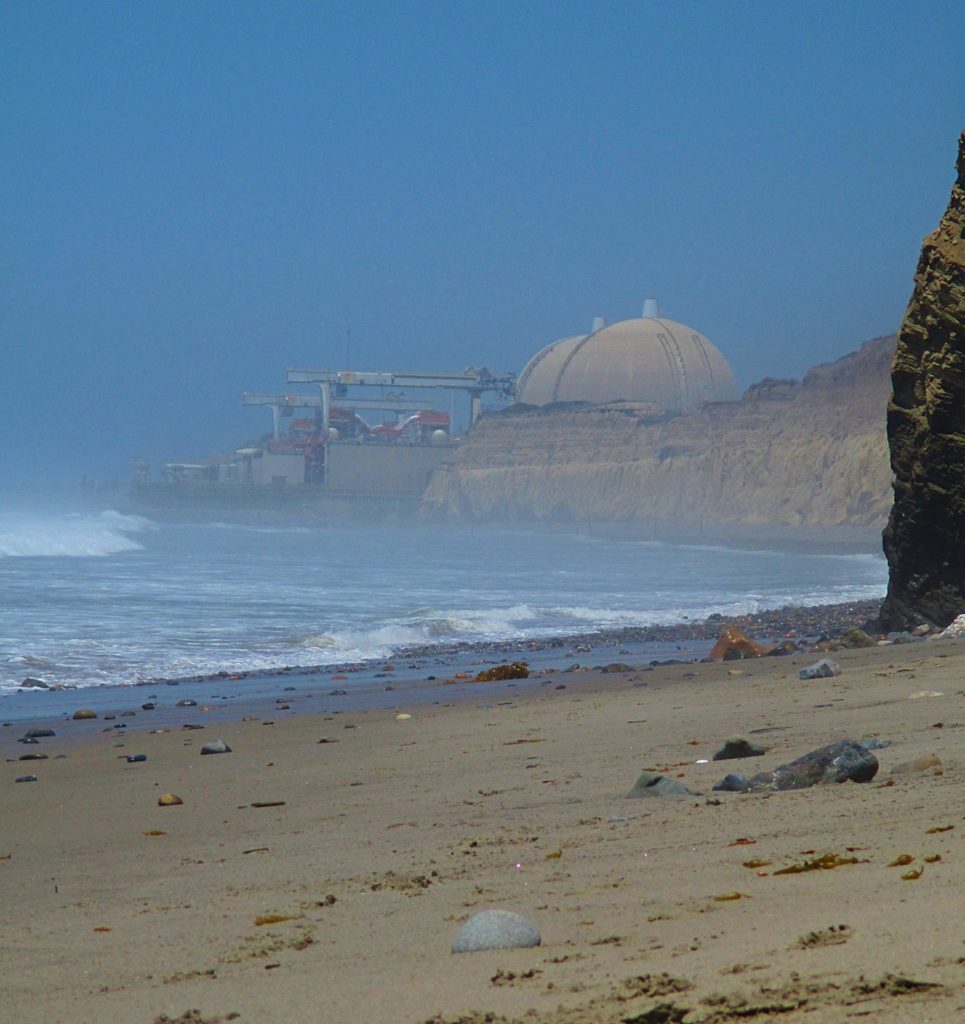 We did find a beach that had hardly anyone on it…

Behind us was more beach sand leading up to this bluff. The path down is just to the left hand side of the frame, the car is parked up there. It was steep!

I would’ve taken pictures on the way down, but the dogs were on leashes. I kept thinking, one rabbit.. If they see one rabbit..I’m done for. lol 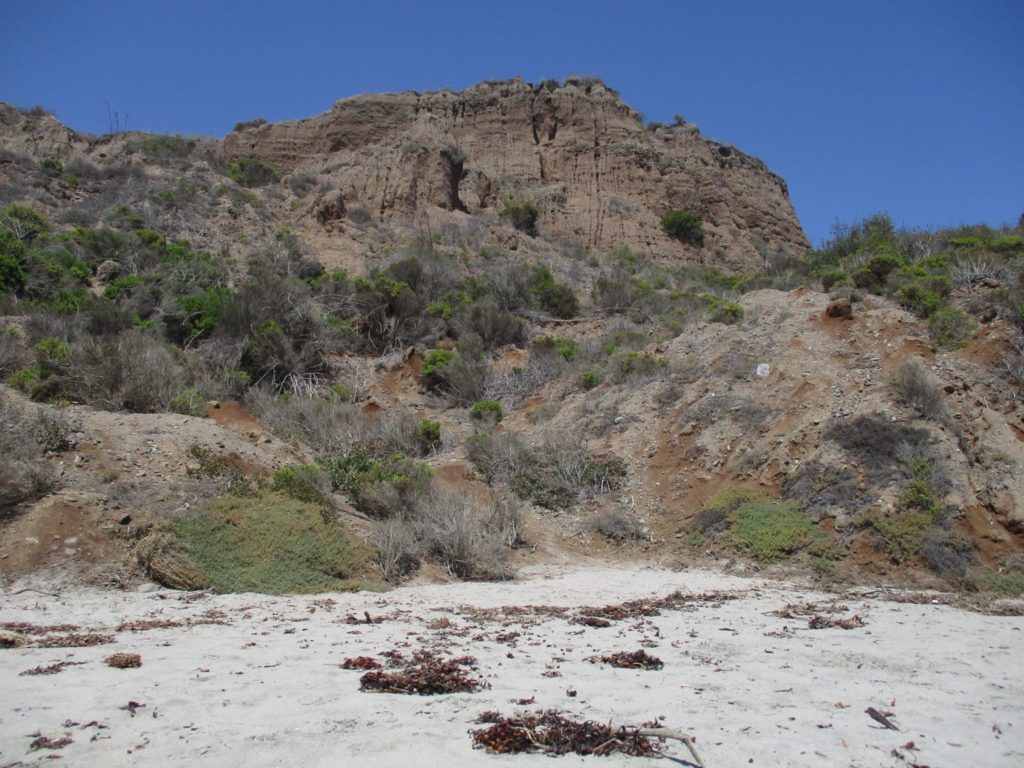 The next one is not nuclear waste, but there is a seaweed bank just south of this shot. There are many rip tides as the tide comes in and it is pulling up the green from it. It did look odd though. 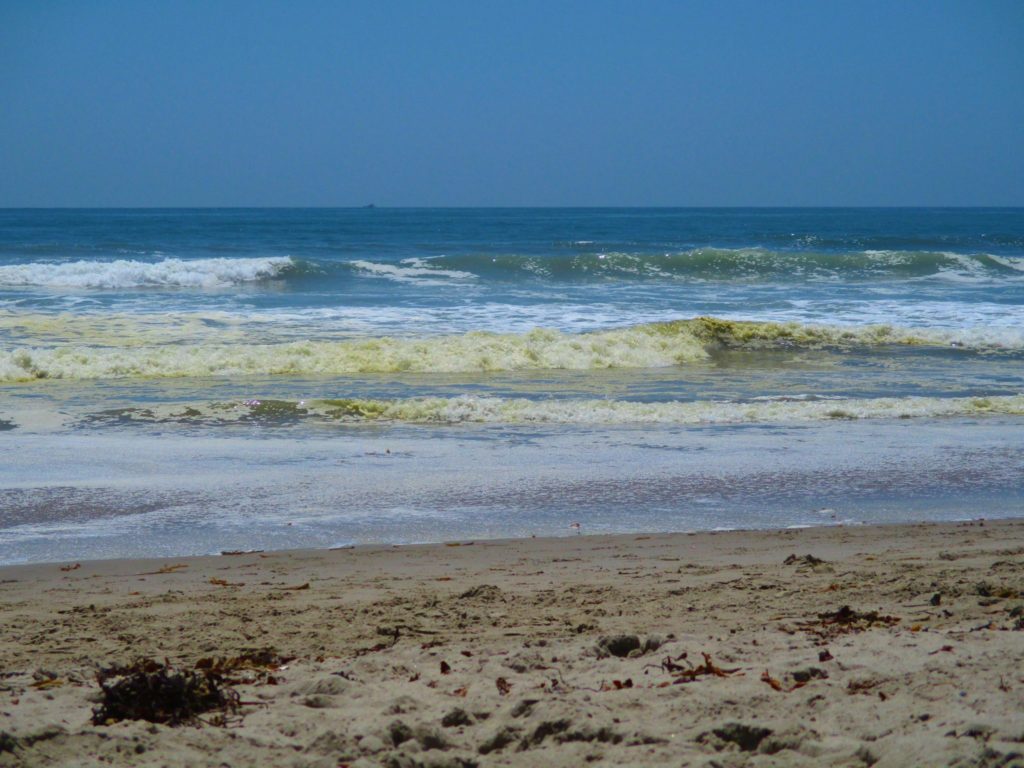 Not many swimmers out, it was a dangerous set of waves coming in. Only experienced swimmers and surfers were in the water.

The last one is my daughter in law taking a picture, and a surfer behind her. 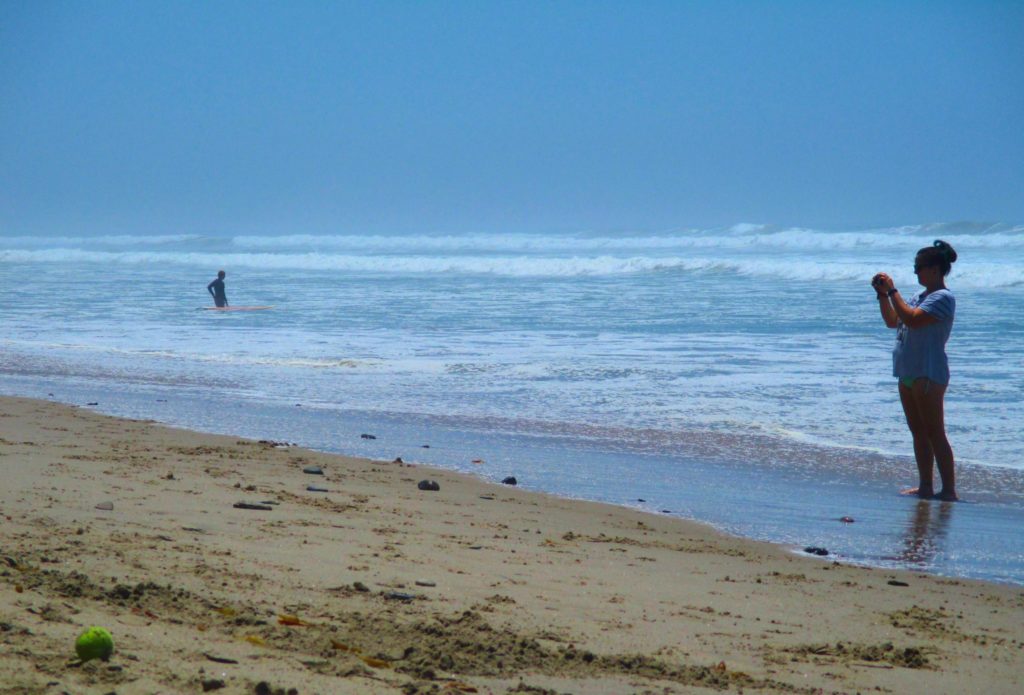 Look for part 2, (My daughter in law’s photographs!) coming soon.

Have a great day. Stay cool!