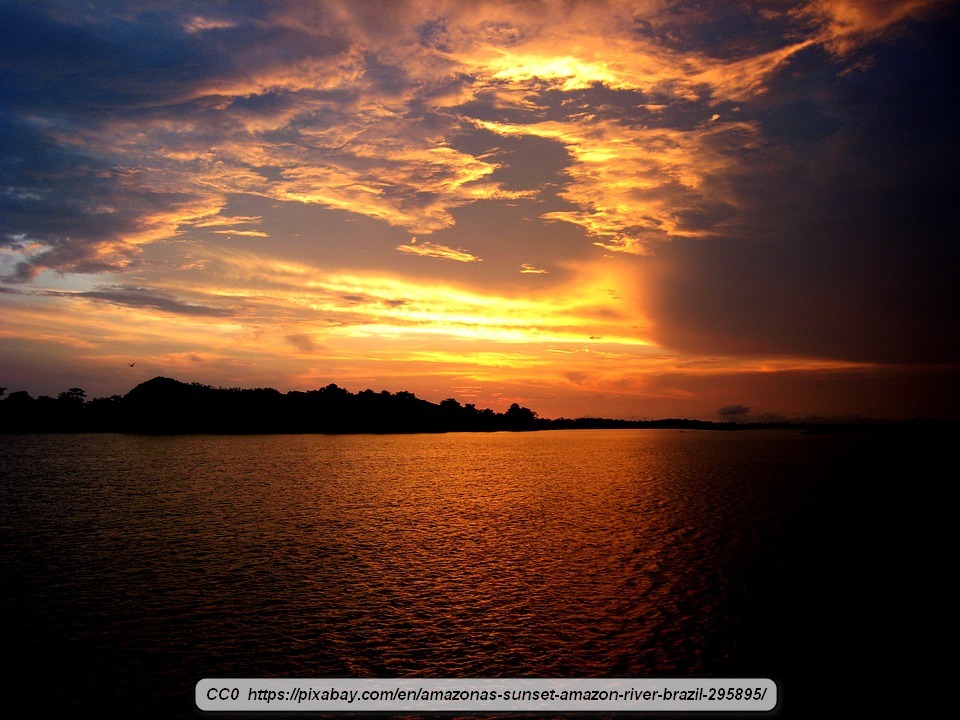 The Amazon River is astonishing. It is the world’s largest river, but there are many other fun facts about this massive body of water, too. Here are the 10 top facts about the Amazon that you probably didn’t know.

1. Volume of the Amazon 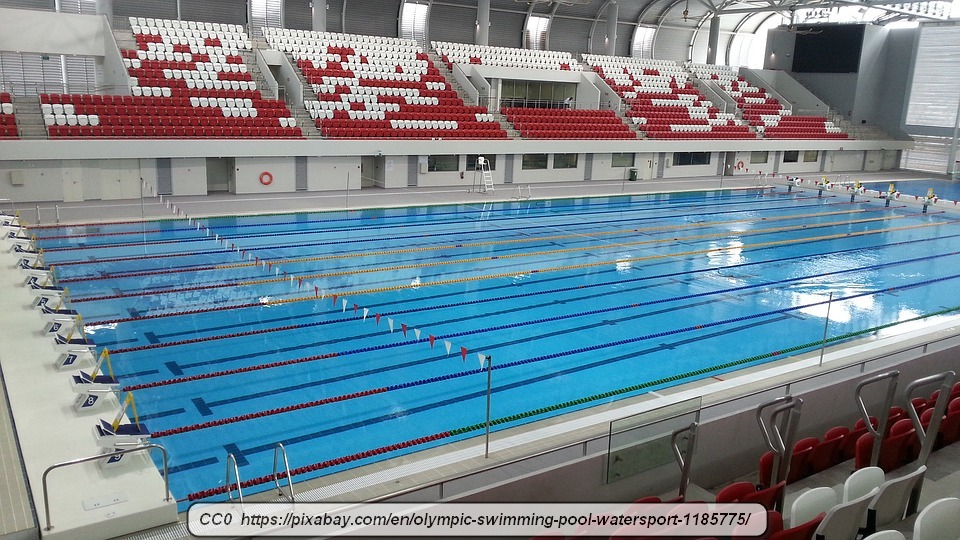 The average flow of the Amazon is about 3,300,000,000 (three billion, three hundred million) gallons of water per minute. That is enough water to fill around 5,000 Olympic-sized swimming pool every minute of every day. Put in yet another way, since a gallon of water weighs about 8 1/3 pounds, the Amazon discharges in excess of a mind-boggling 13,744,500 TONS of water each minute.

In fact, approximately one-fifth of the fresh water that empties from rivers into the oceans around the world is transported by the Amazon. 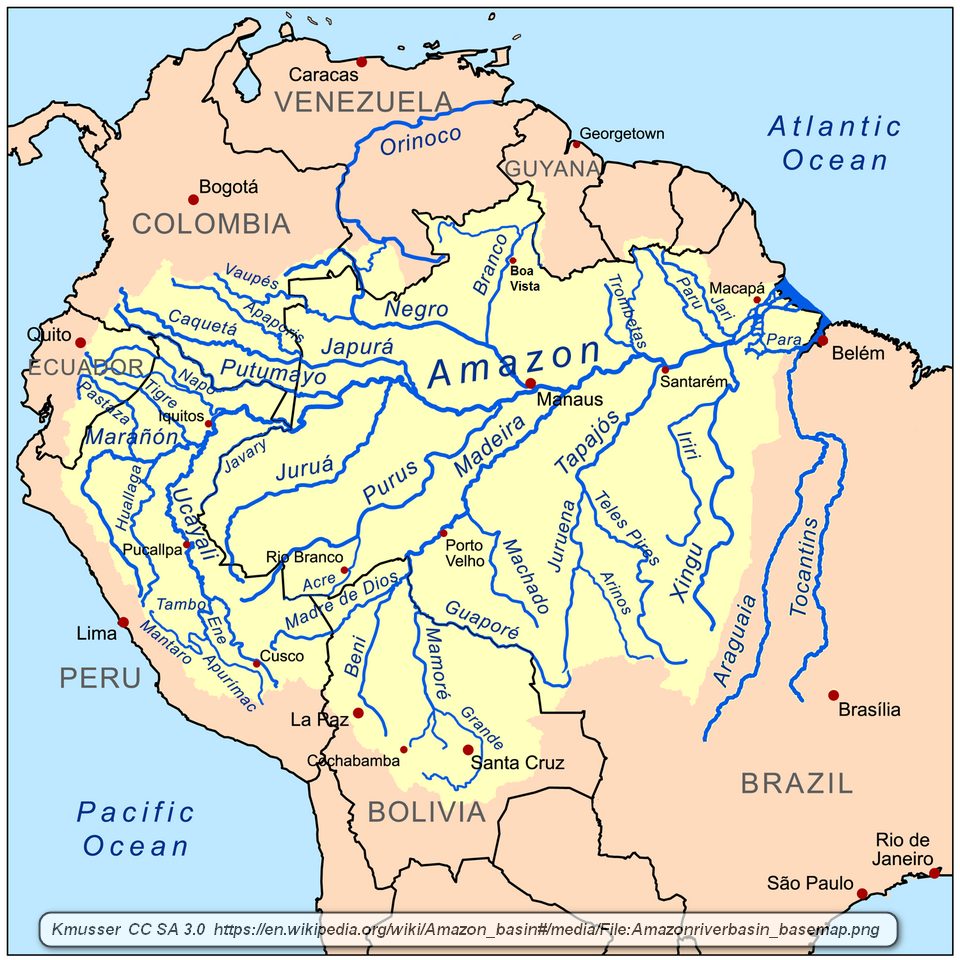 The Amazon is incredibly long, too. It is 4,225 miles long and flows eastward. This is much farther than the distance from Los Angeles to New York City. In fact, it is greater than the air distance from London, England to Delhi, India.

3. Area serviced by the Amazon 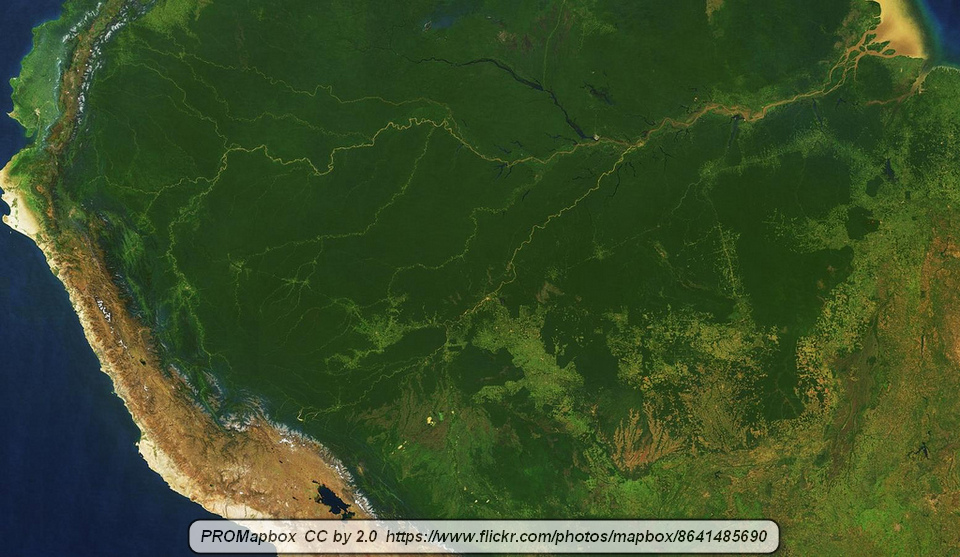 A staggering 40 percent of South America is drained by the Amazon River. This includes the largest rainforest in the world, in the Amazon Basin. This is also the largest lowlands in the world at almost 3 million square miles, which makes it almost the size of Australia.

4. Where the water comes from 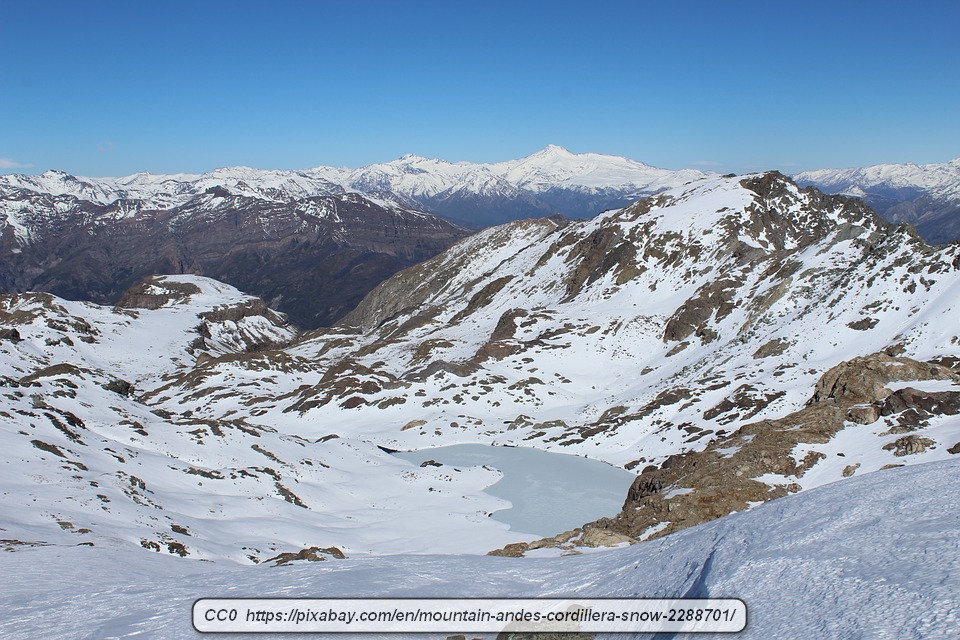 The water that fills the Amazon falls mostly as rain, though there is also snow runoff from the Andes Mountains. In the Amazon basin, rain falls on an average of 250 days out of the year. Considering the huge size of the Amazon Basin, it is easy to understand how 250 days of rain can account for the vast amount of water that flows down the Amazon.

5. Life in the Amazon 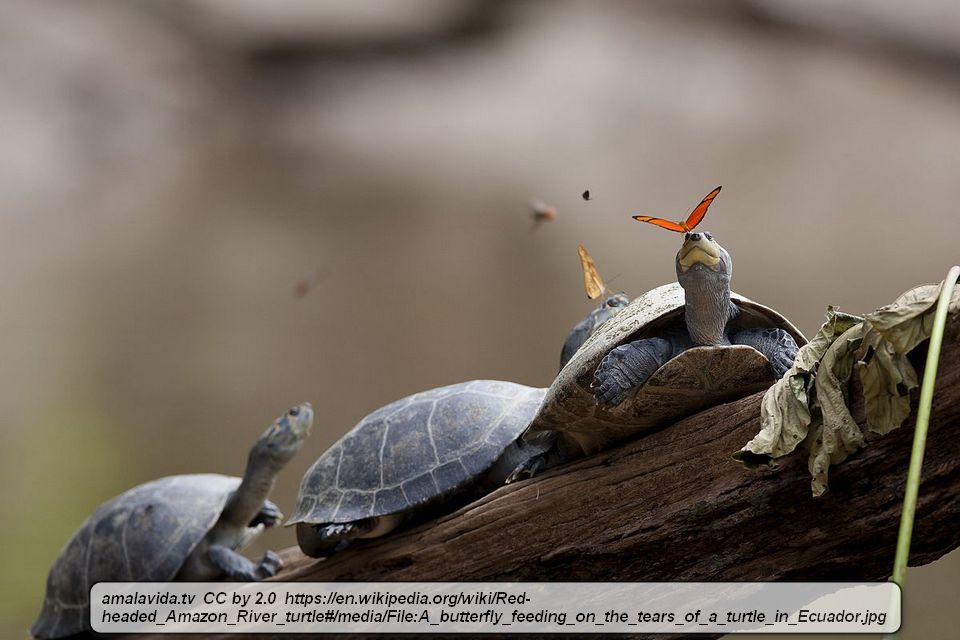 According to someinterestingfacts.net, 20 percent of all bird species live in the Amazon Basin. It is also home to a bewildering assortment of other creatures, including 7,500 species of butterflies. To get an idea of how huge this number is, there are about 60 species of butterflies in the entire United States and about the same number found in the UK.

Even more amazing, counting all the animals in the river and around it, about one out of every 10 animals species in the world are found in the Amazon River and Basin, exclusively. This means that they don’t exist anywhere else in the world. The river also exclusively contains 15 percent of the world’s fish species.

We still don’t know what all of the creatures are, either. According to the World Wildlife Foundation, an average of three new species of animals or plants was discovered every day in the Amazon basin and Amazon River during the decade from 1999 to 2009. The number of discoveries hasn’t slowed down, either. 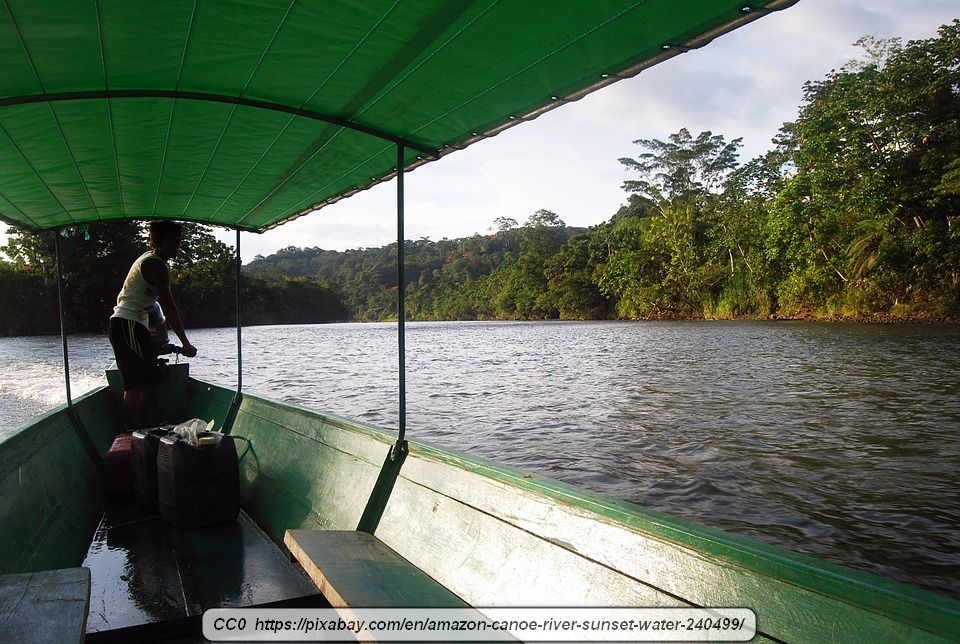 The Amazon goes almost entirely across the widest part of South America. If the snow that is high in the Andes was counted as the actual source of the Amazon, which it is in a way, the Amazon would be nearly 5,600 miles long, which would easily make it the longest river in the world. Usually, the snow isn’t counted, even though melting snow leads to the beginning of the Amazon.

This also means that at one point, the Amazon River is only about 100 miles from the Pacific Ocean, to the west. In fact, it is believed that before the Andes Mountains formed about 16 million years ago, the Amazon actually flowed into the Pacific Ocean rather than into the Atlantic Ocean.

7. The mouth of the Amazon 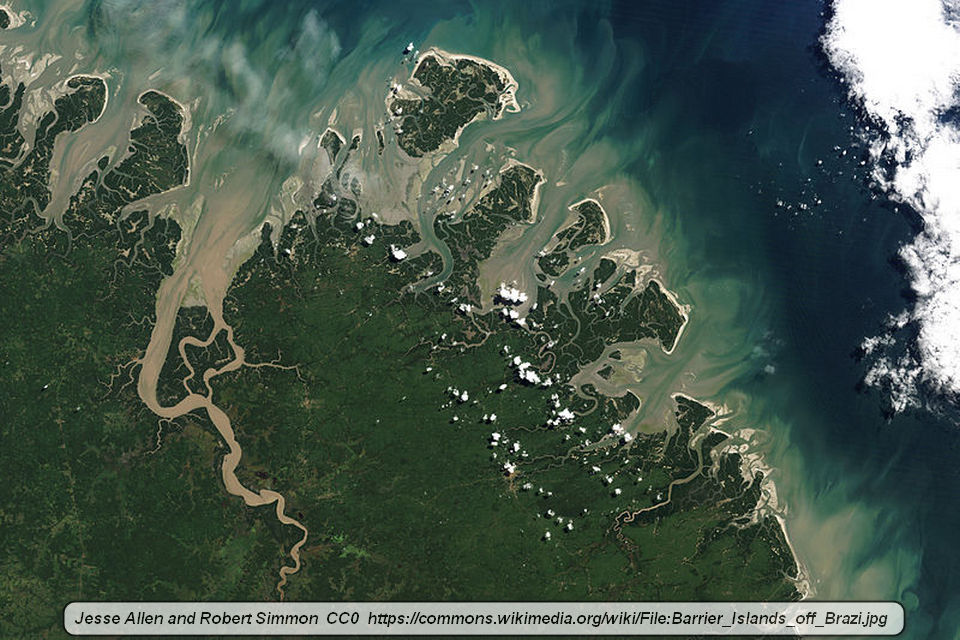 Where the Amazon River flows into the Atlantic Ocean, the mouth is almost 150 miles wide. This is greater than the distance from London to Calais, France. The mouth of the Amazon does have a delta, but it isn’t extensive like those of most major rivers. The enormous amount of sediment carried down the Amazon is spread out on the ocean bottom, due to ocean currents that prevent the formation of a major delta. 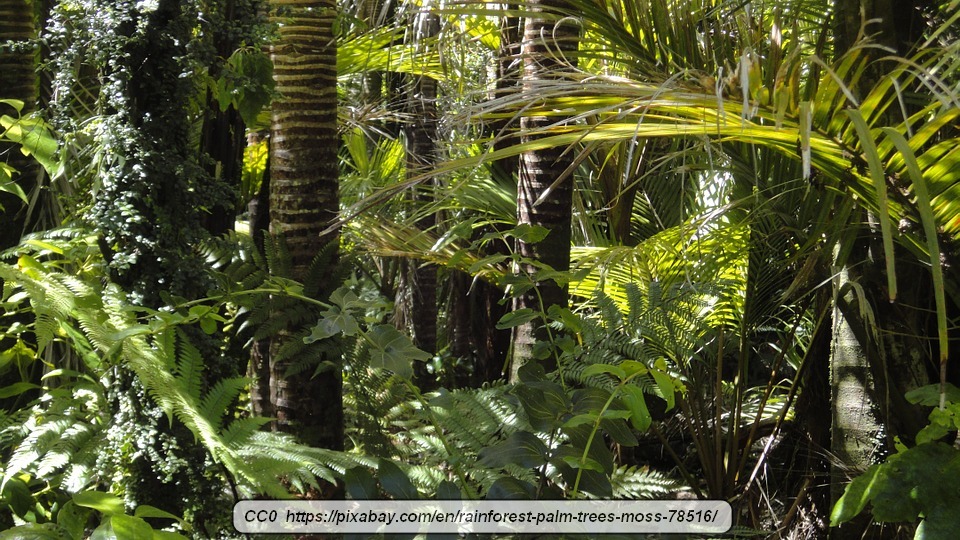 If major mountain ranges are the ‘backbone of the world’, surely the Amazon and the Amazon Basin would be its lungs. It is estimated that 20 percent of the oxygen in our atmosphere is ‘breathed out’ by the rainforests of the Basin. It is also believed that the plant life of the Basin contains over 100 billion tons of carbon. Interestingly, the topsoil of the Amazon Basin is quite shallow, despite the enormous amount of plant life. This is because falling branches, leaves, or trees decompose extremely rapidly and the nutrients are immediately used by living plants, so little is left to form topsoil.

9. Getting to the other side 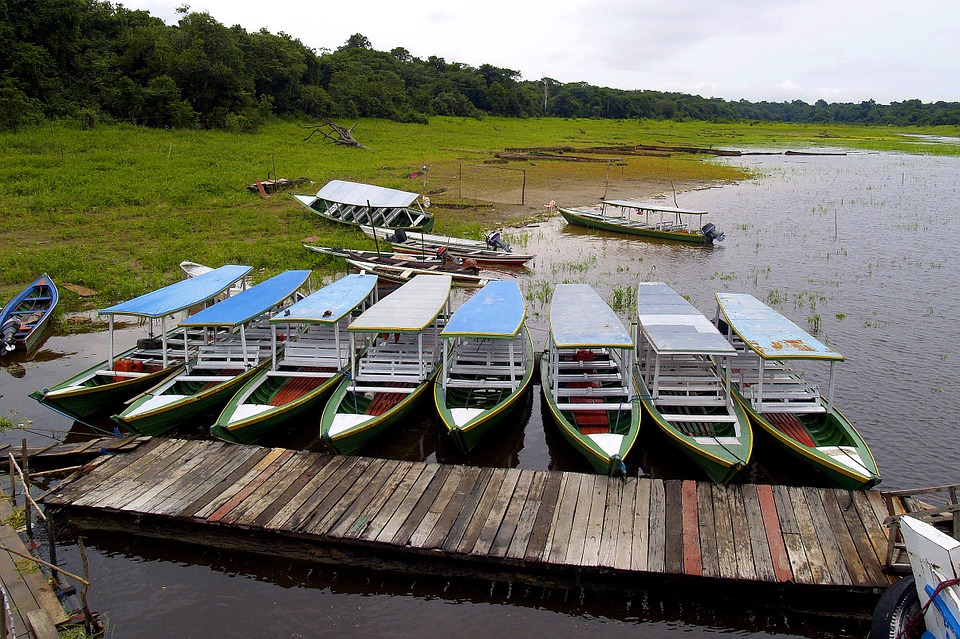 Except for at its source, the only way to get across the Amazon is to wade, swim or use a boat. This is because through its enormous length, no bridges span the Amazon. A few of its tributaries have bridges, but the Amazon doesn’t. Since the Amazon is home to piranhas, which are well known for stripping the flesh from the bones of any animal they encounter, boating across is probably the safest way to get to the other side. 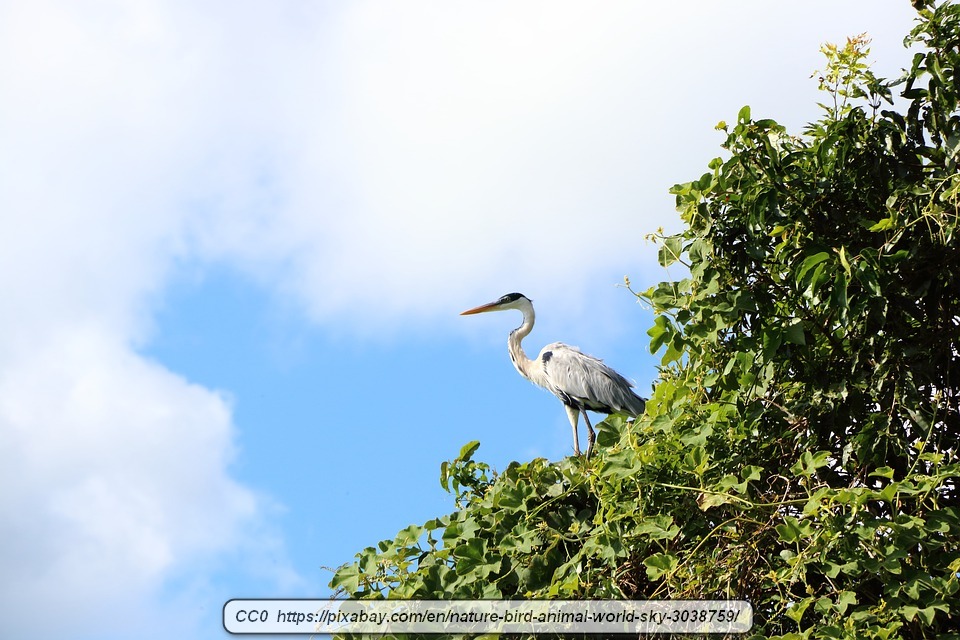 Even though the actual source of the Amazon River is in the snow zone of Andes, the entire river flows within 15 degrees of the equator. Because of this and the fact that most of the Amazon meanders through low country and rainforests, the climate around the Amazon averages a little less than 80 degrees F or 29 degrees C. The temperatures vary by only a few degrees F throughout the year.