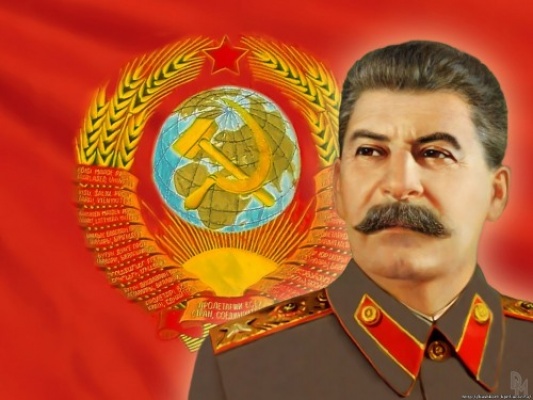 Not all people around the world know this person. They say he has exceeded the number of victims left by Hitler.

Joseph Stalin – one of the worst dictators in human history.

For a large part of the world’s people there is no worse person than Hitler. But are these people aware of Stalin’s evils? Stalin became the Soviet Union leader in the early 1920s to his death in the 1950s. He remains in history as one of the most devastating dictators who killed millions of people without remorse.One of the most terrible things that happened under Stalin’s rule is Gulag – prison camps where “working class enemies” were sent to be imprisoned, convicted of forced labor or executed. Castors were also used for cultural genocide. About 14 million people were sent to these camps – from petty criminals to political prisoners. It speculates on how many of them have come alive and healthy.

The main thesis claims that 3 million people died, but given the conditions of hard work, hunger, disease and self-help, this figure is too small.In 1933, Stalin created the so-called Cannibal Island, which is as terrifying as it sounds. 6,000 people have been sent to an island in Siberia without food and no chance to escape. Every prisoner who tried to escape was hunted by the guards. To avoid hunger, the prisoners began to eat the dead. They later had to kill each other to survive. More than 4,000 of them died in just four weeks. This is no surprise to anyone, considering that the only thing they had was flour, a few tools, and almost no clothes.Stalin initiated a six-year mass murder, designed to cleanse the Soviet Union from people he considers unfair or threatening. 3 million people died during this purge (maybe more), and most of the military leadership is dead. The murder of so many military leaders has led to serious failures in Hitler’s invasion.The most brutal period was from 1937 to 1938 – he became known as “Ezhovstina”, in the name of Nikolay Ezhov, head of the Soviet secret police. About a million people have been executed during this period. Nikolay Ezhov himself was also executed on charges of treason. Death of the intelligentsia (1920-1940). For 20 years, anyone considered to be an intellectual was sent to prison if he did not work for Joseph Stalin. Poets, playwrights, artists and other artists have been sent to prison for the creation of an art that is not communist propaganda. Mathematicians, scientists and engineers have been sent to jail for not having been able to make progress as fast as Stalin wanted. He sends 2000 intellectuals to prison camps, with 1500 of them dying.Meteorologists have also been sent to jail for inaccurate weather forecasting. Anyone who has a personal opinion and disagreed with Stalin has ended up in a camp where he literally worked to death. Gladomor is a mass hunger in Ukraine (then Soviet Ukraine), which occurs in 1932-1933. It is considered to be one of the worst national catastrophes in Ukrainian history, with the number of victims estimated at 7.5 million (but can to be more). The crash is considered a genocide over the Ukrainians, sometimes called the Ukrainian Holocaust. The famine is provoked by the policy of the Soviet government headed by Joseph Stalin.What is happening is the collectivisation of agricultural property, the most affected is the agriculture of Ukraine. It goes to the fact that it is forbidden for the Ukrainians to produce food for themselves – this is punished with death. According to estimates, about 81% of the victims are ethnic Ukrainians.The spring of 1933 is considered a peak of hunger. Thirty thousand people are killed per day, one third being children under 10 years of age. 2500 people have been convicted of cannibalism.

On 23 October 2008, the European Parliament recognizes the Holodomor for a crime against humanity – genocide. 26 countries recognize genocide.These are just some of the bad things committed by Stalin. The number of victims of the Stalinist regime has been assessed differently. The estimates of different scientists vary between 35-60 million people. The main difference between Stalin and Hitler is that while Hitler battles with other countries, Stalin kills his own people.