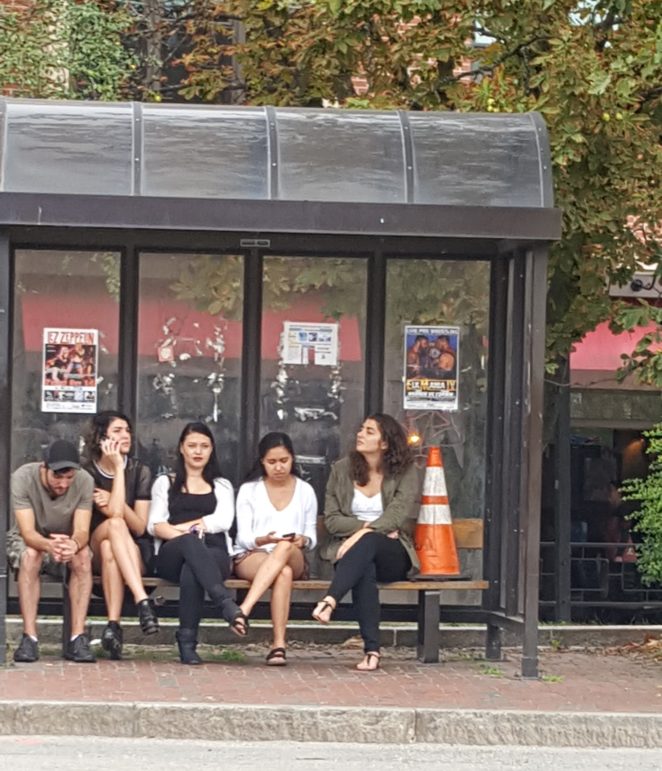 Summer began and I went from unemployed to underemployed before the week was out. I wasn’t too worried, two agencies were offering me hours and while I checked out the possibilities I had time to hang out with friends, and most surprisingly, Karen, my former boss. Karen was a Wisconsin native who had studied at Syracuse University learning from Social Role Valorization Guru Wolf Wolfensberger. She was brilliant & fearless. I had just gone through what I called “my quarter of a century crisis”- a point after years of feeling invincible I came to terms with the fact that there were some limits to what I could do and how I could live.

I had gone through a pretty wretched couple of months getting off cocaine, fumbling in relationships and coping with the rapid fire deaths my best friend’s kid brother, my friend and co conspirator Gina, and my Godmother/ Moral Compass Calibrater Madeline. In a nutshell, I wasn’t too sure of myself. Suddenly I’m at the Gloucester Train Station meeting Karen and not knowing where we’ll  go next. Karen arrived with a smile and a sense like she knew me better than I did. After a few kisses I was certain she did.