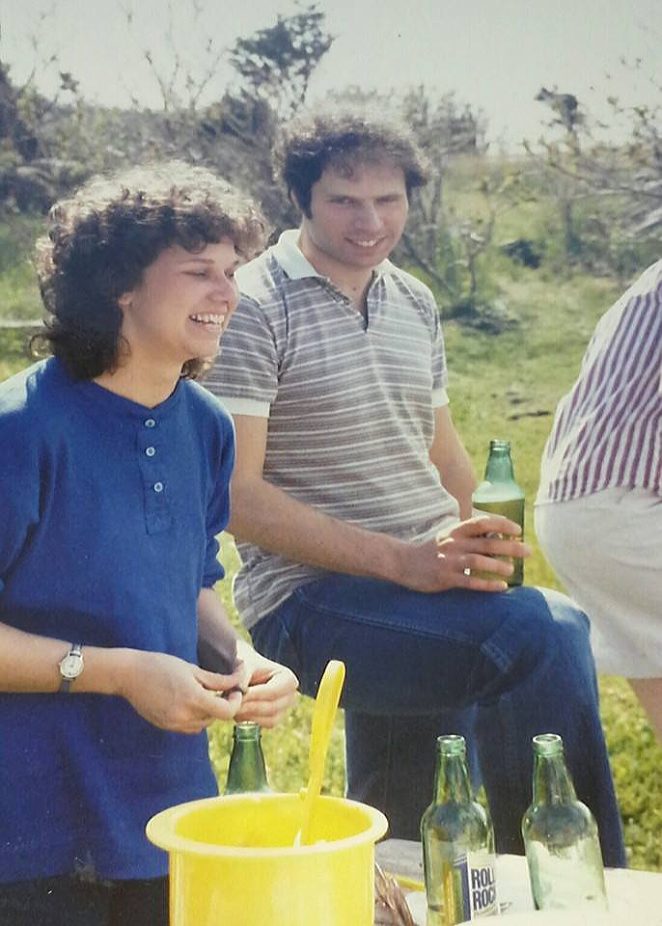 A couple weeks after Easter I took the subway from Revere to Boston to attend a rally is solidarity with the people of Nicaragua. I was meeting Kathryn Hollett there  had brought Easter candy & flowers, which I said were from the Sandinista Bunny. Kathryn introduced me to her friend Maria who worked on the “Failure to Thrive” Unit at Boston Children’s Hospital. She worked with low birthweight babies. We instantly connected & were dating within the week. Maria told me about her experiences in the Peace Corps. She had spent a year in the Seychelles Islands. She told me the Lime Gatorade I was always drinking reminded me of the Rehydration Fluid she gave to babies with Marasmus there. Maria lived in Sommerville so we hung out there a lot. In May we went to a Siouxsie & the Banshees concert. It was awesome to go with someone I didn’t need to explain who the band was too. We became lovers and spent blissful nights in her Patchouli scented bedroom. Ultimately I took her up on her idea to go camping in New Hampshire. Until that time I had only gone camping when participating in anti nuclear demonstrations where hundreds of people shared food and resources. We may have have slept outside but it was hardly “roughing it”. This didn’t seem like an ideal vacation but at the time I would have gone anywhere with her. First day she introduced me to the canoe. I I liked rowing on the lake with her but wasn’t keen on the hike in the mountains & taking a bath with Castile soap in freezing water experience. The last day it rained; she insisted on making a campfire to roast potatoes. I was like “WTF? There is a Kentucky Fried Chicken one mile down the road.”  Maria said I would make a difficult cardiac patient. Probably right. We went out for about 4 months & then one day she told me she had started seeing her ex again. That was hard to take. I didn’t talk to her for 3 years, then Kathryn one day  handed me a phone number & said, “You guys need to talk to each other & be friends again. ” That was good advice.