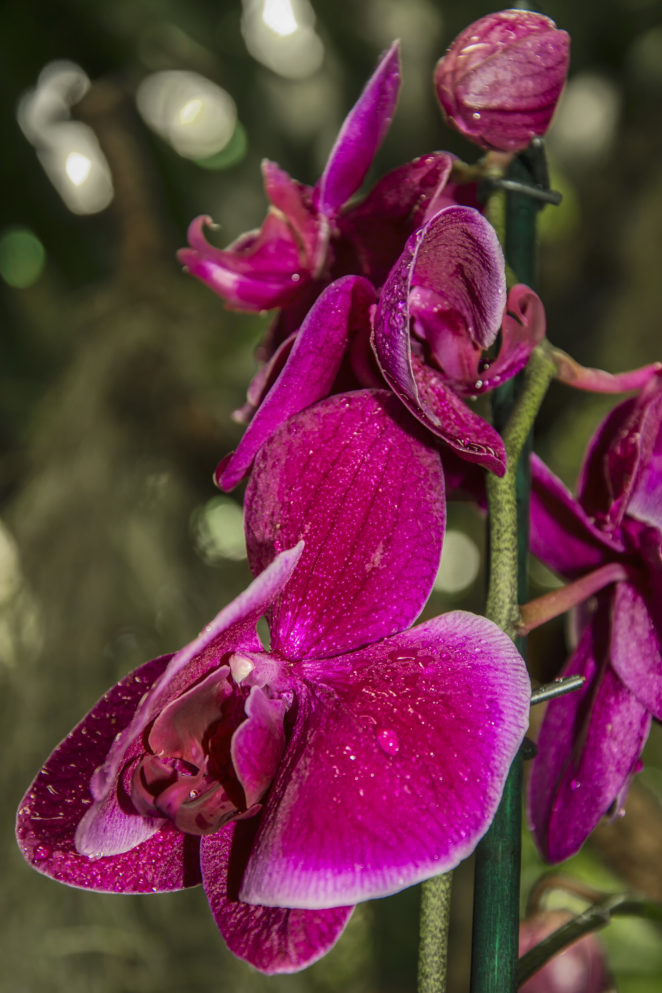 Orchids make up the largest family of flowering plants, with about 20,000 species divided into some 800 genera distributed throughout the world. They are a cosmopolitan family, which is distributed from within the Arctic Circle to Tierra del Fuego and the islands to the south of Australia. They are absent only in true deserts and poles.

They were known and appreciated by humans since antiquity. There are 1500-year-old Chinese writings that refer to the cultivation of orchids. In ancient Greece he was credited with healing and aphrodisiac properties. The Aztecs used a “vanilla” orchid to enrich a thick cocoa-based drink, intended for nobles and warriors and was known by the name of xocoatl later named “chocolate.”