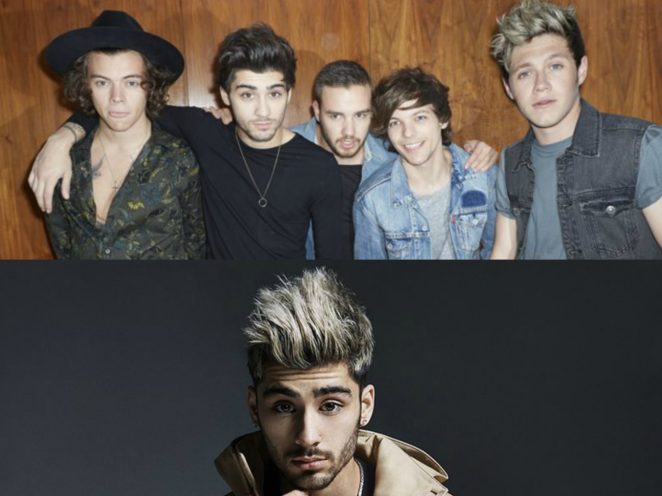 If anyone ever told me I’ll be writing or even thinking about those five little boys who were parading on the beach and singing about flipping hair back in 2011, I would most definitely not believe them. I was born in 1993, so when One Direction came to the music scene I was already way too old for that type of music and those lyrics. Besides, there was no way they could had replaced ‘N Sync, Backstreet Boys, Blue and Take That, the boy bands of my time.

I was tearing up after seeing the video for “Story of My Life” though, and had some songs which you could say I kind of liked, but that was pretty much it.

As they say history is the teacher of life, therefor naturally One Direction was faced with the same destiny as all the boy bands before them did. They broke up! Thanks to the media, whose representatives were very original with their headlines, such as “One Direction Going Another Directions” or “One Direction Going Different Directions”, we’ve all been more than well informed about the lads split. We also got to learn a new word, the infamous: “HIATUS”!

Of course there were tears, God knows those, at that moment four boys, had, and probably still do, one of the best, most loyal and dedicated fandoms in the entire world. Then again there were the others, the ones who were not only making fun of the group and their fans, but were also complaining about how now we will be forced to listen to their “crappy solo work” as one Twitter user put it.

Now, let’s go through that “crappy solo work”, one by one, with the hope that Zayn’s, Liam’s, Niall’s, Louis’ and Harry’s fans will not tear me apart after reading this. This is simply my opinion, which I hope you will respect. You are entitled to yours and I’ll be more than glad to hear it.

Ugh, Zayn. The member of the group who abandoned it first by claiming he wants to live a life of normal twenty-something year old. Look, I’m a normal twenty-something year old and trust me loves it’s not that fan! Particularly not if you could had stayed in one of the biggest groups of all time and had more fun than any of us “regular” and not that privileged people could have in a lifetime. But, that was his private life and no one had the right to question that decision.

To us “older normal twenty-something year olds” was more than obvious that Zayn is going solo immediately. We’ve already been through these kind of things with members of other boy bands, so we knew what that statement meant. God knows we heard it before.

Not that long after this public charade Zayn’s debut record went public and everyone went nuts, even the people who were hating on One Direction: they were like “Oh, this is a proper music. Well done!” Then there was that video with Gigi Hadid and the hotness of his music became visualized. Even my friends were crazy about it. It was mature, modern and “better” than anything One Direction have ever done, but more than everything that record was hot. ‘Till this day I consider it to be the pure soundness of sex, pleasure and desire. No more nice guy who wants to be the girl’s last first kiss. Now, we have Zayn who is smoking weed in the videos and partying instead of taking a girl out for a dinner or playing football while he’s living while he’s young. Oh, no! Now, he’s “actually living” while he’s young with that dyed hair of his doing all the “fun” things the “popular” kids are doing.

As you might had already seen it, I’m not a fan. First of all that stereotype of a “modern cool kid” with all the partying, smoking weed and all the other crap is going on my nerves from the moment it was invented. Of course, I do know that’s not Zayn’s fault, he might as well be like that in his “real” life, not simply for his representation in the media, but for crying out loud can’t those public relations people come up with something a bit more original? Not just for Zayn, but everyone!

Second, when it comes to Zayn’s music I find it to be quite weak. Please don’t get me wrong, I’m not saying it’s bad or anything like that, but I’ve heard all of that before. The pure sex, desire and pleasure? That’s The Weeknd’s thing, if we are staying in the grounds of modern and today’s music! And, let’s face it that man is doing it way better than Zayn! It is more than obvious that The Weeknd is someone whose work had a great deal of an impact on Zayn’s work. Just compare their lyrics, the musical arrangements and then tell me I’m mistaken.

Need more proof? Remember that duet of his with Taylor Swift named “I Don’t Want to Live Forever”? It served as a soundtrack for “Fifty Shades Darker”, didn’t it? And, whose song was the main, titled soundtrack for the first part of that movie? That’s right, The Weeknds’ “Earned It”!

Bloody hell, they’ve even dated sisters in one point of their lives!

Do you see the similarity, now? I’m pretty sure some of you saw it way before I’ve written these words. Zayn is simply one of the many copies of The Weeknd, at least in my eyes, and honestly he’s not that good one. His music is alright, I don’t mind listening to it, but if I was to choose between him and The Weeknd, I’m pretty sure all of you who have read this are more than aware of the fact whom I would choose.

At the end of the day Zayn didn’t give me something I hadn’t heard or seen before. If originality is not to be found in an artist’s work, I’m not going to be the one to glorify it.

Sorry Zayn. Keep up the good work though. It is hot, just not my kind of a hot.

See you in the next post with my thoughts on another ex-One Direction member’s solo work. I have a feeling it’s going to be Niall.