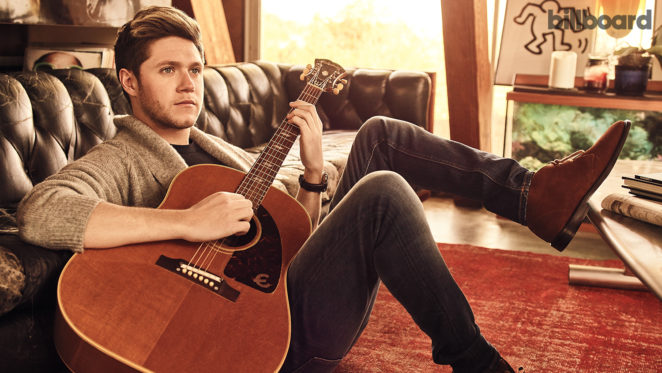 Welcome to the part two of the series of articles called “Let’s Talk One Direction”.

If you’ve missed my first post in which I’ve explained my reasons for writing something like this and in which I’ve expressed my thoughts on Zayn Malik’s solo career, click here in order to be informed on those topics.

Anyhow, if you don’t want to read the first post in this series of articles, the main point is that I was never a fan of One Direction, they were pass my time, although I did admire their fans, them girls are nuts, but in a very cool and positive way of course, at least from my point of view.  To cut the story short, I had my boy bands and everything members of One Direction had done as a group was completely irrelevant for me. Therefore, I am not bias when writing my opinion on their solo careers.

After the “infamous hiatus” there were some social network users who were complaining about how now we will be forced to listen to their “crappy solo work”, which led this author to rationally express her opinion on those “crappy” products of someone else’s talents and creativity.

In the spirit of the last article let’s start analyzing a solo work from another member of One Direction, with the hope that the lads’ fans will not be frustrated and triggered by the things I say. Once again, this is simply my opinion of which I’m completely entitled to. And, vice versa. So, I would be very grateful if you were to share your opinions and thoughts with me in the comments section bellow.

Thank you for understanding. Now, as promised in the last post the next one in line whose solo work will go through the test is:

Oh, the jolly little Irish fella. I’m not quite sure if the members of modern boy bands have labels, as ours did, for instance “the cute one”, “the funny one”, “the mysterious one”, “the hot one”, etc., but I’m almost 100% certain that if the criteria from my time were to be applied on defining members of One Direction Niall Horan would be named as the cute member of the group. There is a curse when it comes to “the cute ones”. They always fail.

Just look at Lee Ryan of Blue. He had a solo career and it didn’t go that well. Then you have J.C. of ‘N Sync. No one knows what that man was doing for years until we saw him dating Eva Longoria. I guess it’s the price they all have to pay for being that damn cute and adorable.

As for Niall Horan, the cute one of One Direction, he may be the exception which proves the point. You see what this adorable singer and a songwriter has that no one before him from that group of “ex-boy banders” is a guitar.

God knows there will always be a market for a man with a guitar in the music industry. Elvis made sure of it. Even decades later we have artists like John Mayer and Ed Sheeran filling stadiums and arenas for their performances. And, now we have Niall Horan as well.

One more thing the cute ones were constantly doing, which proved to be wrong in the sense of finding success, is following the exact same footsteps on the pavement they’ve built with their band mates. Instead of creating something of their own, they would simply continue making the same music they were creating when they had more singers around them, something Niall Horan is most definitely not doing.

Niall Horan found his own sound and style which he managed to showcase in just two singles, which have completely different vibes and feels. Now, that’s something this man should be complimented on. Unlike Zayn’s very modern sound, this one happens to a bit older one, a bit more Fleetwood Mac-ish one, particularly when it comes to Niall’s first single.

But, don’t be fooled by the new style of Niall Horan. He hadn’t went that far from his roots in One Direction. At least not when it comes to the topics he’s singing about. In “This Town” we have lost love, a story about the one who got away who’s now in a relationship with someone else. One Direction sang about those quite often. Then there’s “Slow Hands” with that catchy, incredible and powerful beat and the lust which comes with it. Something One Direction also had while they wanted to “get some and live while they’re young”. Btw I’ve grounded my little cousin after hearing her sing those lyrics couple of years ago. Shame on you, One Direction, for putting dirty thoughts in my innocent little cousin’s head!!!!

Then again, just because the topics of Horan’s songs have moderately stayed the same as the ones he sang about in the past, it does not mean that the lyrics didn’t change. His words are much more profound and beautiful. Now, while listening to “This Town”, even people my age, can feel the pain for the lost love, something we couldn’t had while One Direction’s “Last First Kiss” was playing in the background. And, even if some of us had danced to “Best Song Ever” we most cirtenly didn’t do it the same way as we are now when “Slow Hands” is playing. There is a huge difference between hearing opening lines like “Maybe it’s the way she walked, straight to my heart and stole it” and “We should take this back to my place, that’s what she says right to my face”. Now, that’s what I call hot! Plus that beat I’ve already mentioned, damn Niall!

Maybe “Best Song Ever” is not the best example to be compared to the very explicit “Slow Hands”, but even when One Direction was being more than explicit with lyrics such as “Waking up beside you I’m a loaded gun” sang in “No Control”, the sound wasn’t that hot. That beat “Slow Hands” has was missing.

Now, that’s my kind of hot! Not the pure sex and desire Zayn is selling. Oh, hell no! “Slow Hands” is the song which will both put me in a mood for dancing, singing and doing things you should not know a thing about because they are extremely private. And, when it comes to “This Town” I’m hearing a beautiful sound of a guitar and lyrics sang in a style which remind me of both Ed Sheeran and Fleetwood Mac in the same time. If you know anything about music, you are aware of the fact this last sentence has to be one of the biggest compliment a singer and a songwriter could get.

After all of this I literally have nothing to say besides: Well done Niall Horan! You’ve matured and grown into an incredibly talented artists who deserves to be called by that name! Now, if this is the impact the artist who was the main subject of this article can have with “simply” two singles, can you imagine what’s going to happen when we get his very first full solo record?

Don’t hesitate to tell me what you think.