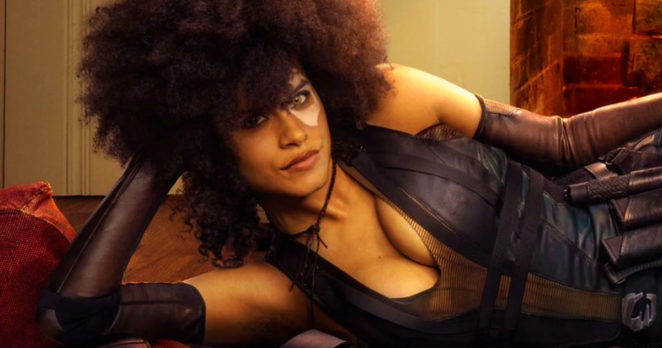 I am just starting to wonder if there is some kind of curse on the set of the Marvel hero movie “Deadpool 2′ with the tragic death of a Black female stunt driver named Joi “SJ”  Harris who passed away recently from injuries she suffered during a stunt gone wrong.

Harris was not wearing a motorcycle helmet during the shooting scene where is a stand in for actress Zazie Beets who plays the role of “Domino” in the motion picture. The reports are from the scene of the tragic accident was that Harris was supposed to slow down her motorcycle during the scene but for some unknown reason she sped up her motorcycle when it crashed.

I hate to say this to the studios but there are laws in America where all riders of motorcycles are required to wear helmets when they drive a motorcycle. Even though this is a movie, I cannot phantom how a stunt driver like the late SJ Harris did not take any steps to protect herself during the scene in the motion picture which at this time has halted due to the tragic events in Vancouver Canada this week.

I know that is a super hero movie but there is a difference in making a cartoon compared to a live action motion picture since a prop you can replace but not a human life.

To make matters worse, even though SJ was a veteran of motorcycle racing, the role in the Deadpool 2 movie was the first feature film that SJ starred in as the stuntwoman for Zazie Beets. Come on Hollywood wake up and please do not place the lives of stunt persons in danger by having them perform dangerous stunts in movies just to collect a dollar from the fans of this movie.

But then again being a Baby Boomer of 56 years of age who remembers when super hero cartoon characters like Superman, Batman, Robin, Batgirl and the Justice League Of America played the part of positive role models and not anti heroes.

Just remember this Hollywood studios this slogan “When you play with snakes, you get bit.” My thoughts and prayers are with the family of Joi Harris who is know in a much better place after her tragic death on the set of “Deadpool 2”.