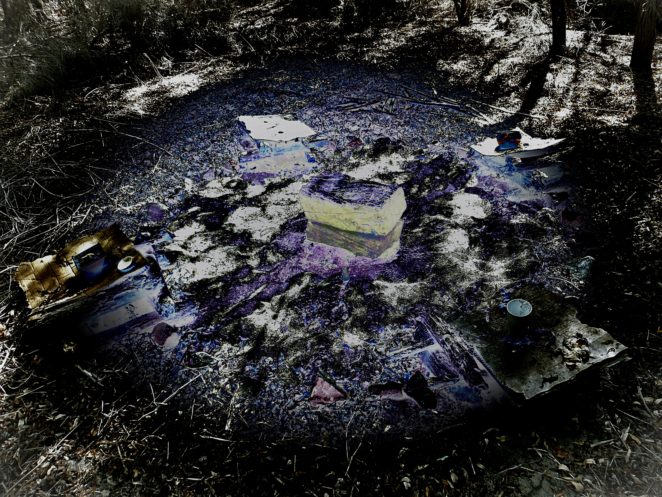 This day stands out in my mind. I found this last year while out hiking. I have to admit I had no idea what I was about to come across. I had to come home and do a bunch of research.. Here is a little of what I found out.

Wiccan is a religion also known as, “The Craft,” “Wicca,” The Old Religion,” “Benevolent Witchcraft,” is a diverse and decentralized religion dating back to around 30,000 years ago and is still in practice today with groups practicing various forms of the Wiccan Religion and other Nature Spiriuality paths throughout the United States and around the world.

I found out that they love and respect nature and seek to live in harmony with the rest of the eco-sphere. Many have personal communication and friendships with various animals, plants and other life forms.

Many traditions hold a belief in the five classical elements. The five elements which are: Spirit, Air, Water, Earth and Fire. Four are depicted below in some of the photos. Take a look..

The one below I believe is Air, showing a feather.

The one below is for Water. It had a small amount of water in the cup.

The one below is Earth as there was dirt in this.

This one was for Fire.

There was also this..

I left everything untouched and undisturbed. A very interesting find for sure. Hope you enjoy the photos.