I got six glo-fish. The tank has a lot of pink in it along with a pink fish and a little plastic frog! Perfect for Pink Week! Actually pink week runs two weeks. We have another full week of pink next in the Color Crazy Challenge. 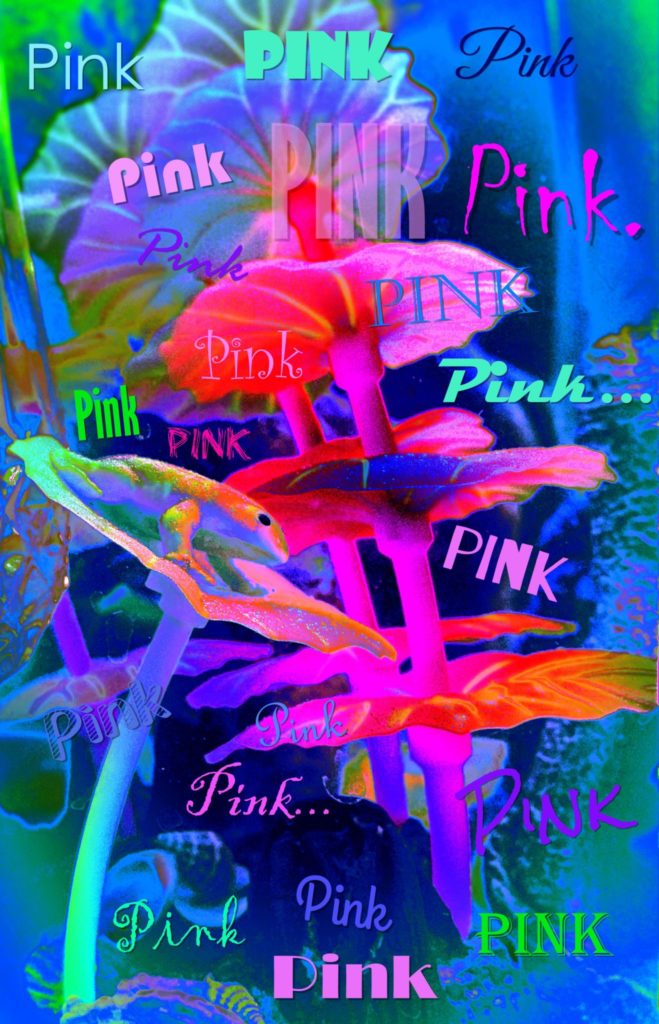 I had owned a goldfish as a kid, and later a beta in fact I still had the 2.5 gallon tank from the beta.

I did do some research, but it is a new breed of fish genetically modified to glow under florescent light. The information was conflicting on how many you should keep in which sized tank. More stories than not said that glo-fish live in schools and need to be together in a school, that a 10 gallon tank would be fine for six fish.

A few months after I got them I noticed that they really needed more room. They seemed cramped as they all like to “sleep” or the equivalent to it by themselves and always picked the same area each time. Two or three would fight over the prime sleeping or hiding spots.

Anyway, here is what I did. 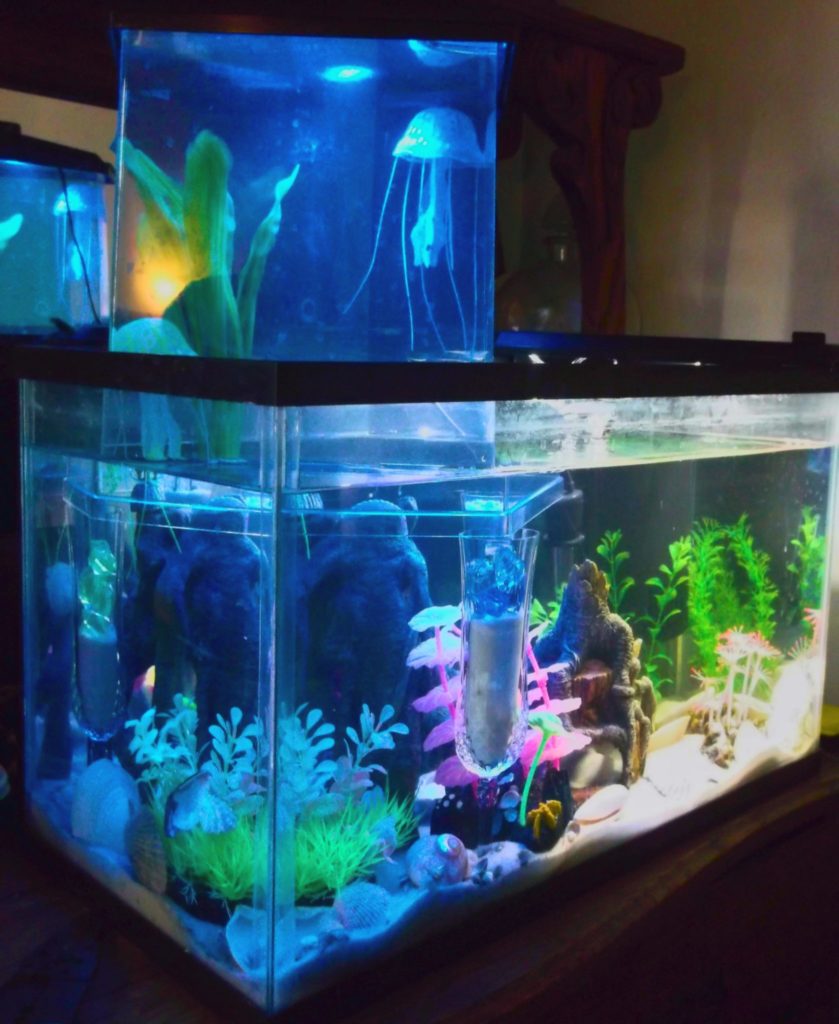 The 2.5 gallon tank is a triangle shape, with three corners. I took three crystal wine glasses and filled them halfway with aquarium safe white sand, and filled one with green fake jewels, and one with turquoise, and one with purple the rest of the way up.

I then took my 2.5 gallon tank and turned it upside down and put it on the three wine glasses.

Then I took some small clear tubing that I had and ran the tube up to the top of the smaller tank and siphoned the air out.  This creates a suction keeping the tank full of water.

It took a few weeks for the fish to figure out that you could go up. lol.

Here is a shot showing the front of the tank and one of the wine glasses. Looking up! 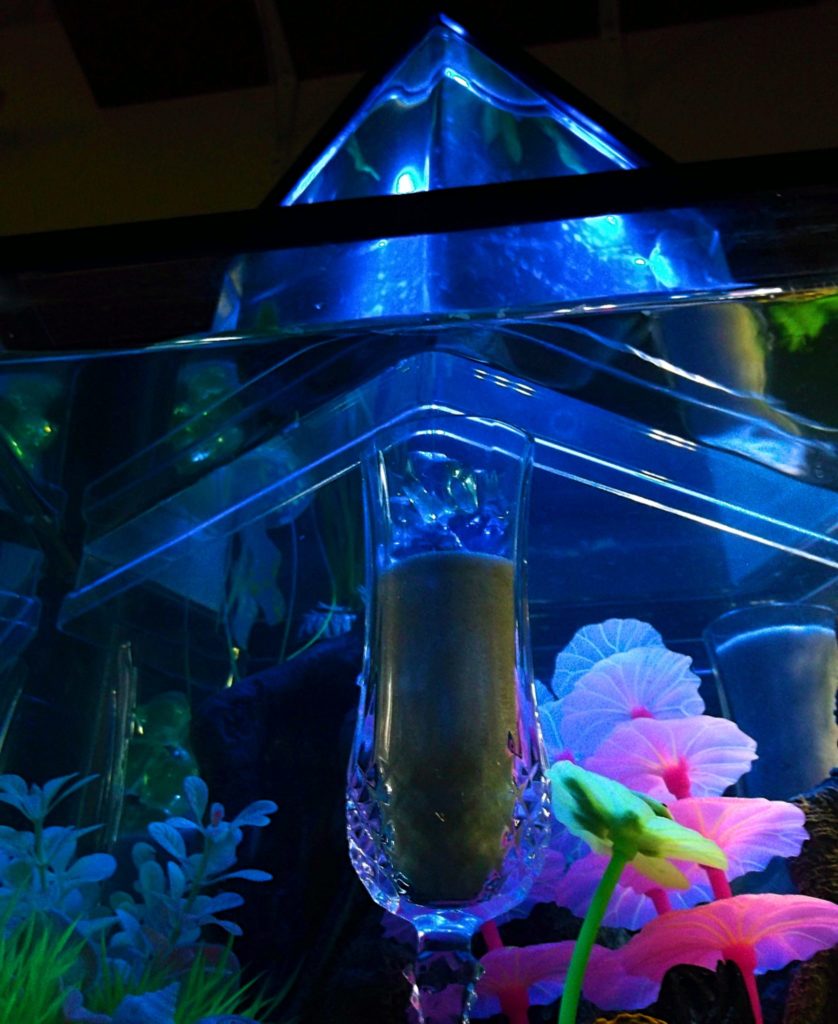 And the green one. Look closely and you can see pink fish and green fish’s tail. 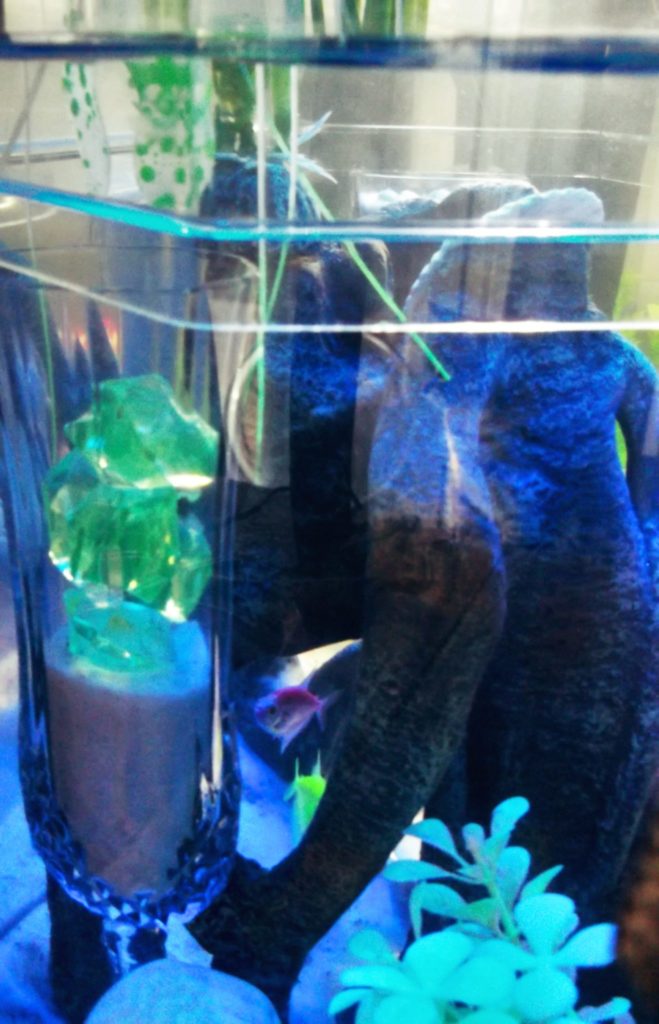 The one below is different. It is a reflection to outside.. And the green glass. 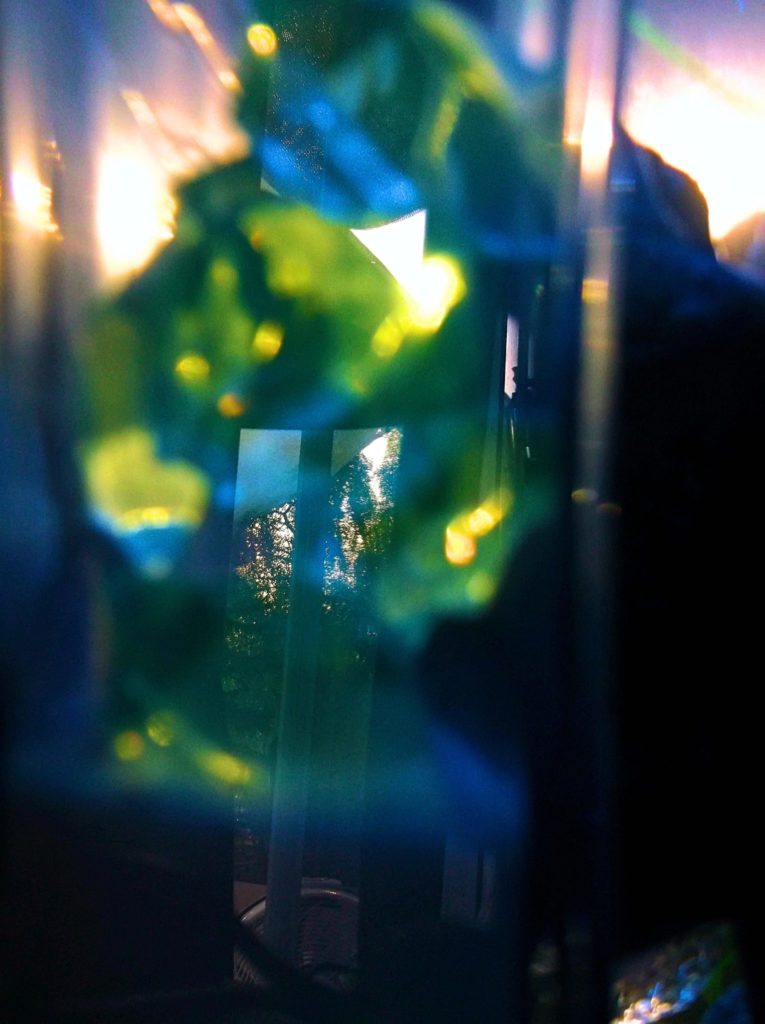 Then the blown out heart in this one was kind of neat. 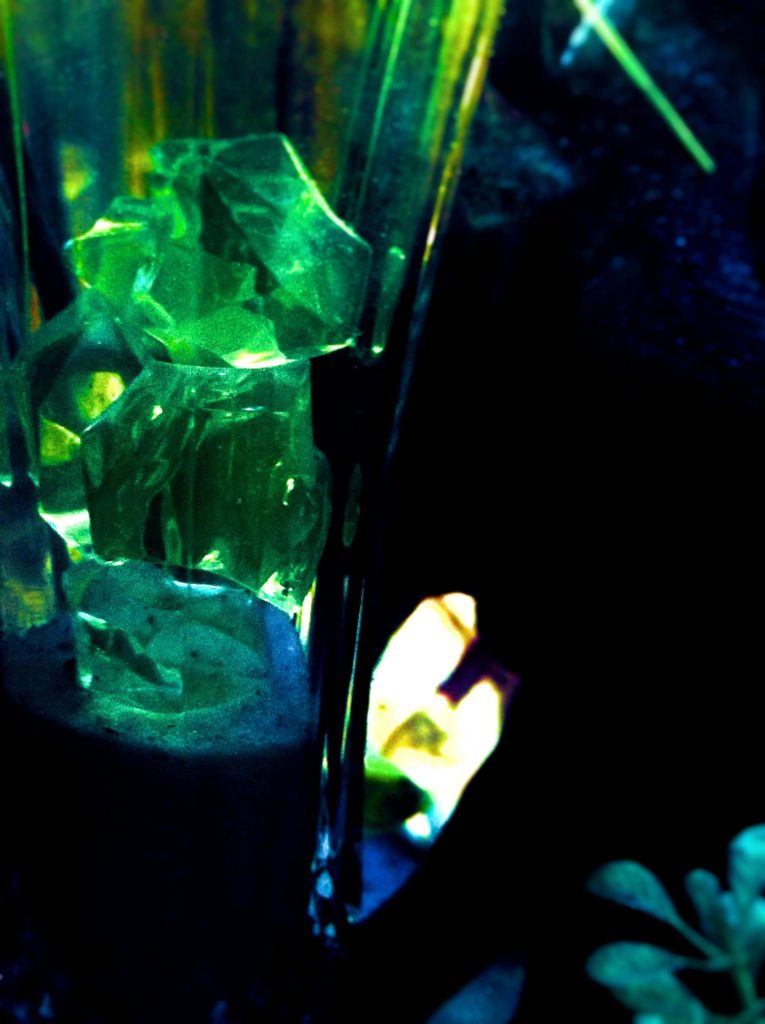 Pink and Blue fish say hello! Look closely and you can see purple fish behind Blue fish and Pink fish. 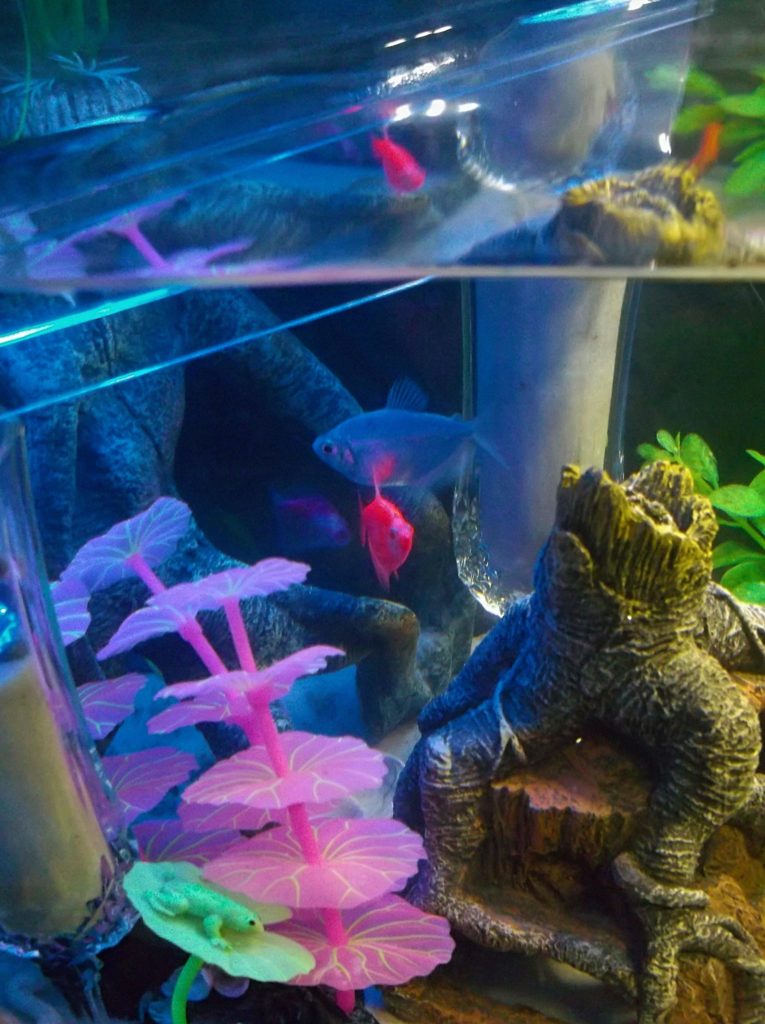 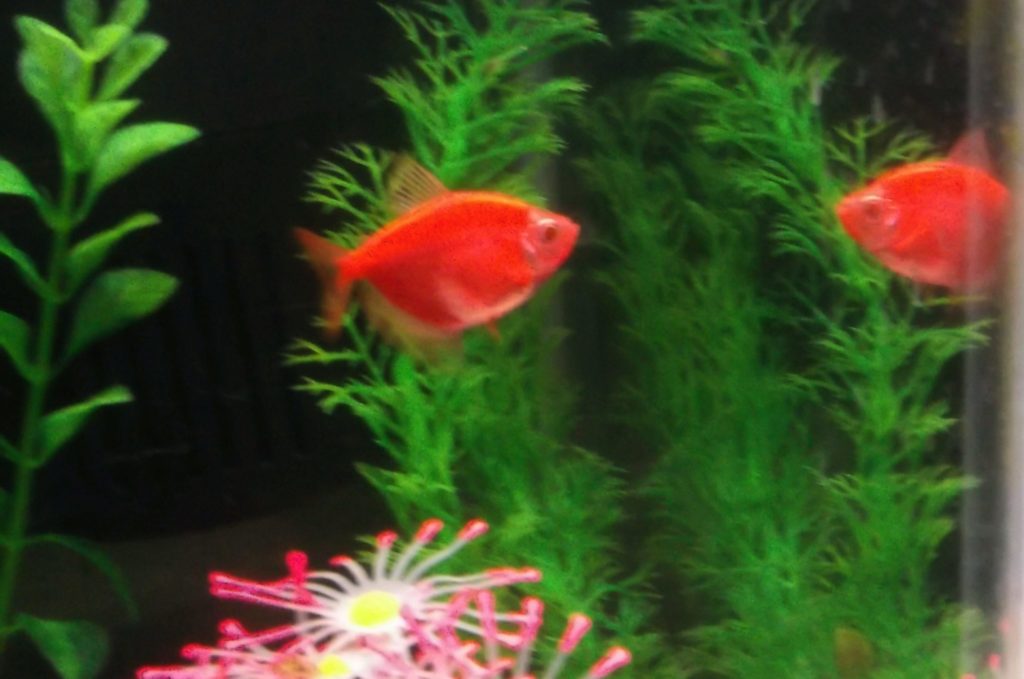 And this one is Nickel my cat’s reflection, Green Fish and Purple Fish are hiding. 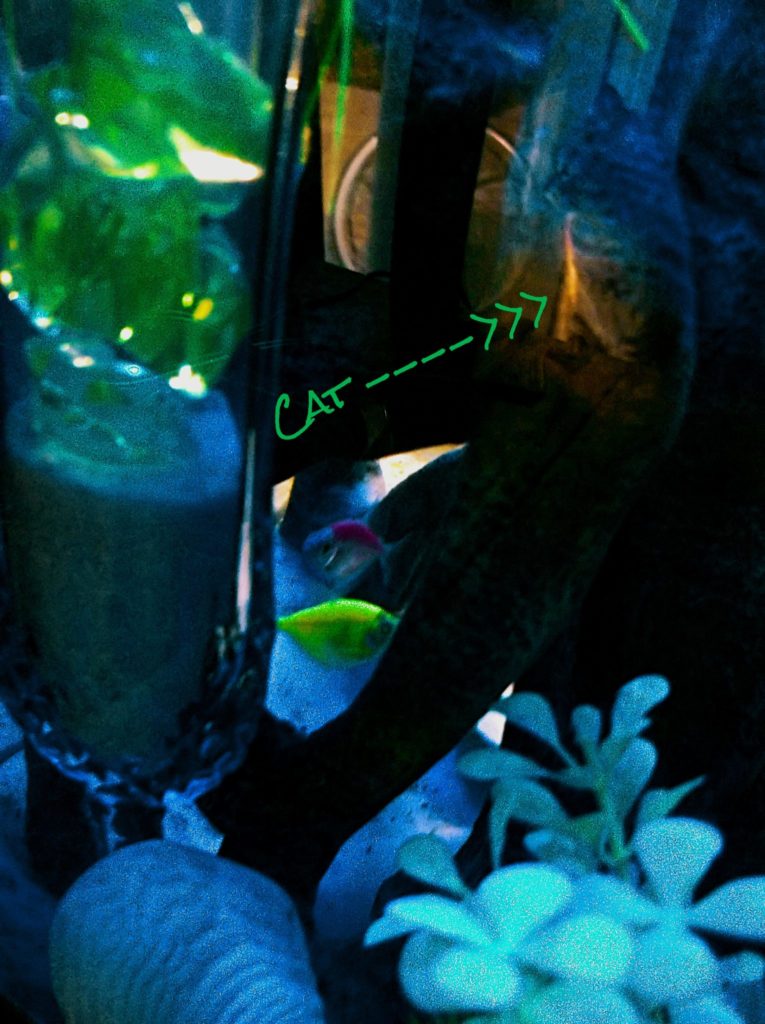 Lastly..Purple fish says goodbye. It is the end of purple week on Sunday.. 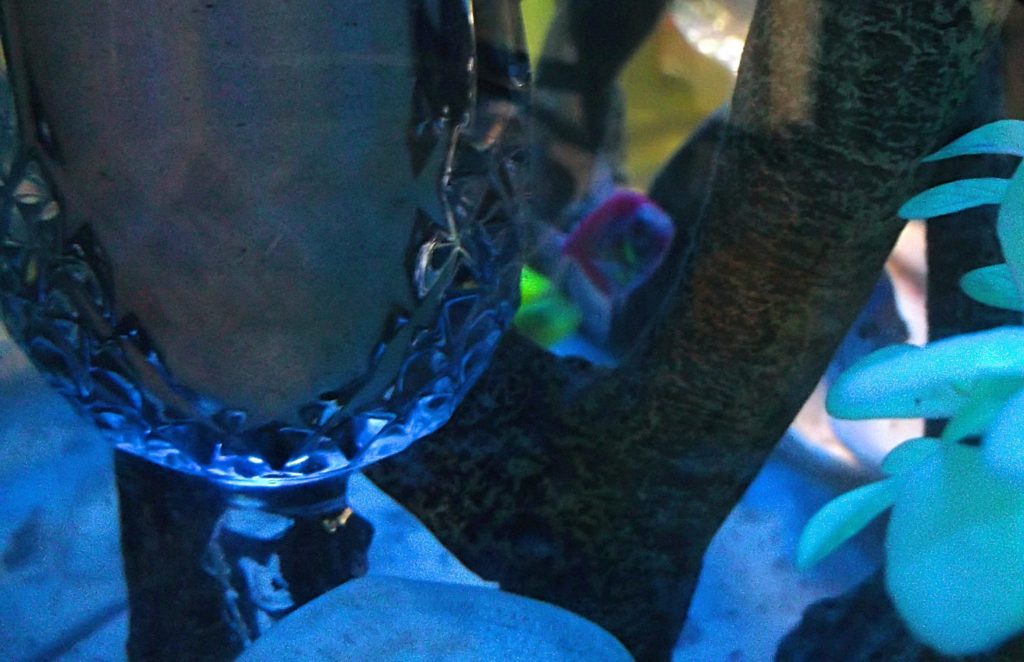 Next week we have Pink only as I have reached the end of the rainbow! We are not done with the Color Crazy Challenge. After pink week, the following week will be Black and White, and Sepia.

Have fun posting Pink! Get ready for Black and Whites!