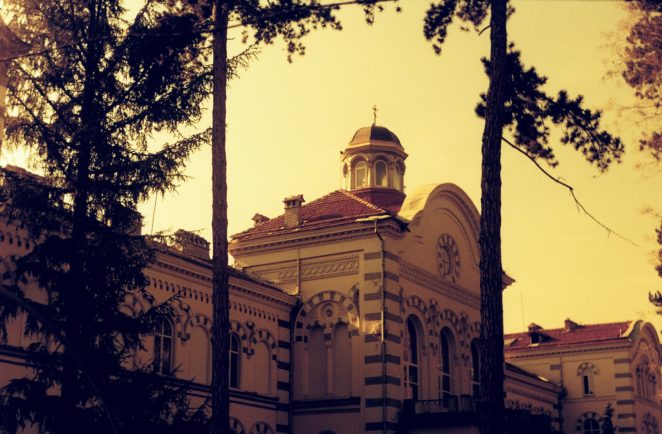 Redscale is a technique where the film is reversed – instead of shooting directly on the emulsion, you shoot through the non-sensitive side.

There is an option to buy a factory-made film / I have not seen one in the stores / or turn the cartridge itself into the camera socket, of course if the camera allows it.

To make these photos, I bought a very normal tape and in a dark room I rolled it into another, already used, tape of film. There is a danger of scratching or polluting the tape!!!

During shooting, there is nothing different than shooting a normally-loaded movie. Just watch out for the latest shots that you do not get the tape out of the cassette!

The process of developing depends on the film’s requirements. I prefer to give these movies to a studio by explicitly warning that the movie is reversed.

The effect of the photos is great! Even more often I began to turn the colorful movies and have fun!