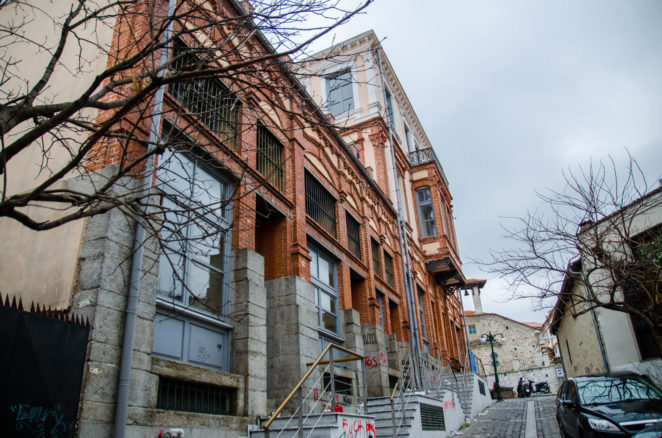 Xanthi – behind the carnival procession.

Xanthi is a city in northeastern Greece, East Macedonia and Thrace, the center of Xanthi. It is located in Aegean Thrace, at the foot of Ruen Mountain (part of the southern slopes of the Rhodope Mountains).

The old Bulgarian name of the town is Tsarevo. Xanthi, together with Gyumyurdzina (Komotini) and Dedeagach (Alexandroupoli), is among the main cities of the historical region of Western Thrace.

The city is also the center of the Xanthi and Peritherian dioceses of the Greek Orthodox Church.

It runs through the river Verba (Kosintos), on the eastern coast of which is the Samokov district, over which is the monastery “Saint Bogoroditsa Arhangelska”.