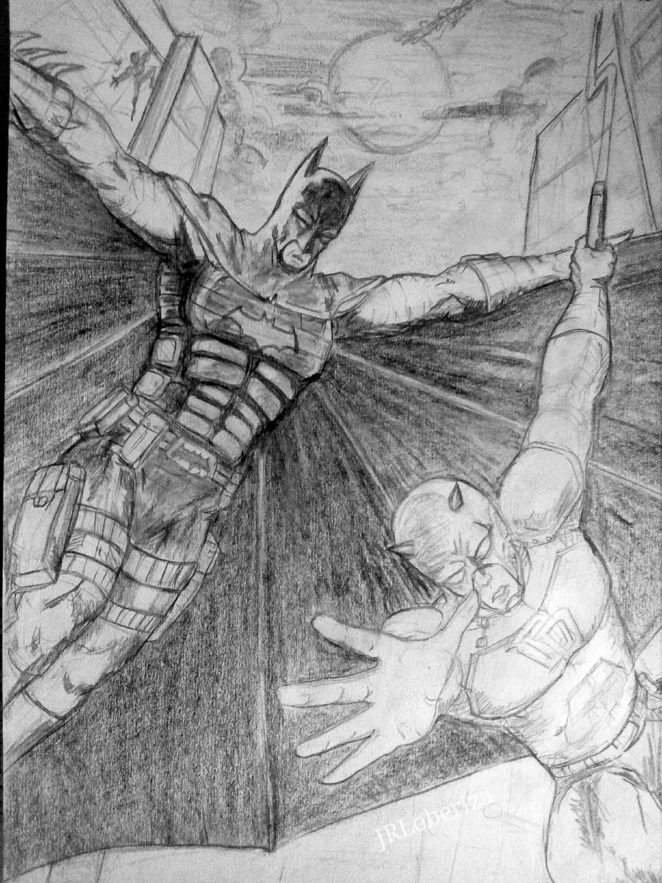 Blind as a Bat!

This is another one of my cross-over fan art ideas. What if a portal has opened and brought the Batman into the Hell’s Kitchen of New York. A New York where the blind crusader, the DareDevil exist.

I originally named this (pencil-on-paper)  piece Blind as a Bat.

There is an “Easter egg” in this drawing. Another character is hidden somewhere. Can you find him? Who do you think it is?