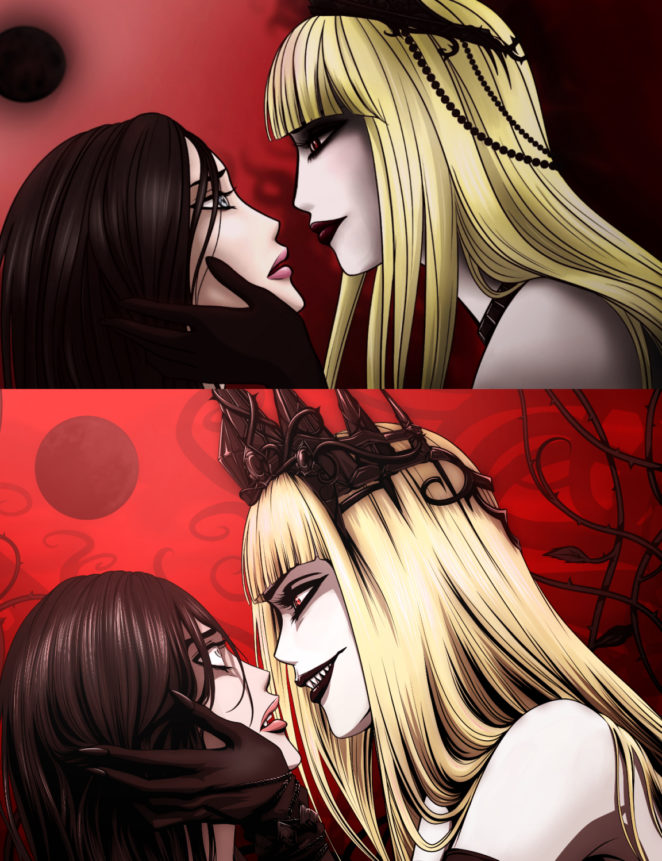 This is an artwork of Demi and Dollaretta (the protagonist and the antagonist) from my comic book series: The Legend of Dollaretta. The top picture was drawn in 2013 and the picture beneath it was recently completed this year in 2017. The first version was when I was still very new to my wacom drawing tablet. The second version is the result of years of practice and my Wacom Cintiq.

The artwork is meant to capture Demi (on the left) feeling a combination of enticement and fear while looking into the eyes of Dollaretta, the infamous villainess that haunts the convent that Demi attends.