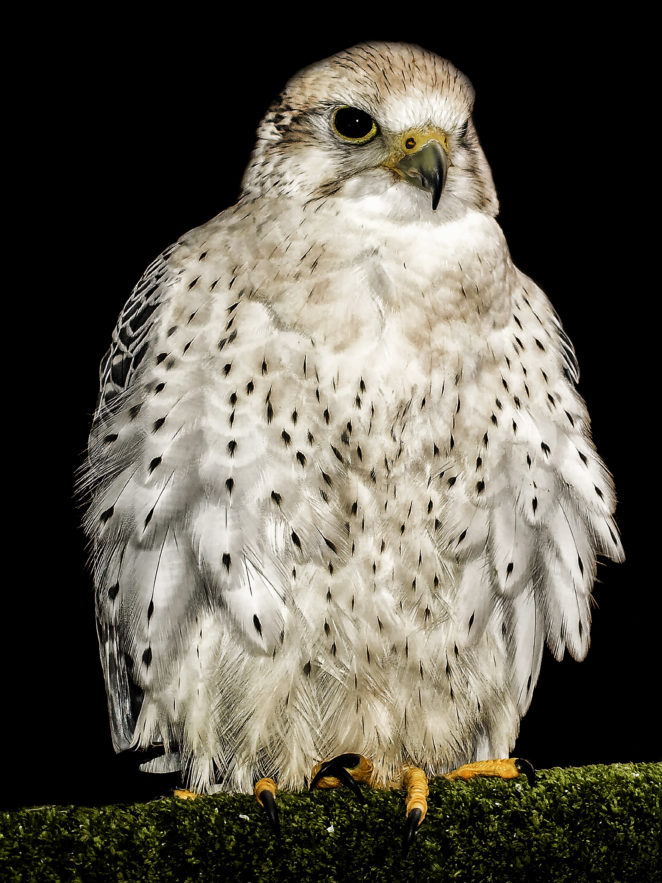 A notable feature is that these birds are adapted for both hunting in the air and on the ground, unlike the peregrine that only hunts prey in flight. That is why their claws are more blunt and powerful than those of their southern relative, since hunting on the ground requires this type of specialization. Like all the members of the family, it finishes to its prey by means of a point of its hooked peak in the neck.