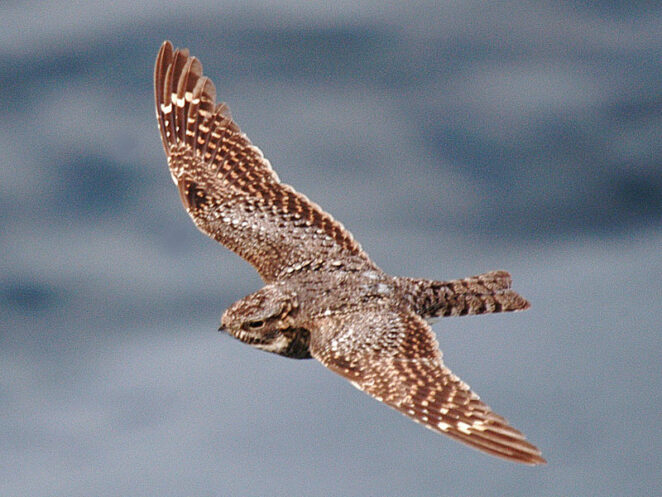 Sharing another bird with my Alphabet Brids series. I do not remember seeing this bird but owl love to one day.

Common Nighthawks are found from Panama to much of Canada.

After spending winters in South America, they return May to early June and leave by mid September.

Common Nighthawks live in a variety of open habitats, from shrub-steppe, grassland, and agricultural fields to cities, clear-cuts, and burns, as long as there are abundant flying insects and open gravel surfaces for nesting.

They have found flat gravel roofs in cities and suburbs to their liking as well.

Nighthawks rely on camouflage for protection.

They do not defend their nest by attacking people.

If you approach a nest, the female will usually stay very still, hoping you do not see her.

If driven from her nest, she may try to lead you away from her eggs or chicks by faking a broken wing.

The killdeer bird ploy. I have seen the killdeer exhibit this behavior in my yard before.