Day 6 of the Animal Challenge “If They Could….” and we are still warming up. ? What to say, too many beautiful creatures and too short time….. Since they can’t talk (or we can’t understand), it’s our duty to speak in their behalf. Although, some of that content may be lost in translation….. 😀

So, join us and have fun together! It’s simple: click on the purple letters above and you’ll get to know everything you should know about propositions of the challenge. 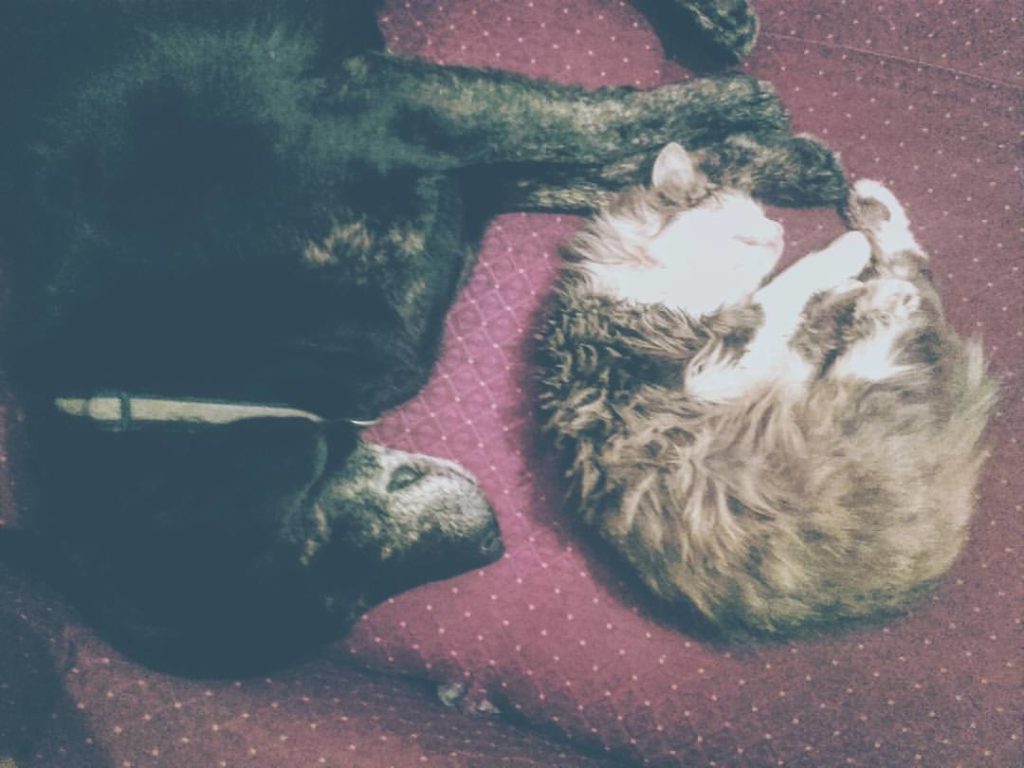 It’s winter and it’s cold outside. I don’t like either winter or coldness, but someone could think that animals, especially those covered with thick fur, have nothing against running on the snow. Wrong! Some like it hot, so to speak.

Dushica was already inside when we let Negro come in for a while. Even on the coldest winter, he prefers to be outside. Still, who can resist the comfortable couch calling? So, Negro and Dushica took a nap for a while when Negro asked: “Should  we go out now? We’re here for an hour, maybe more, it’s time to behave nice.”

“Hush, dog! Lay down and play dead! I won’t go out till May!”- answered Dushica pretending to sleep. 😀