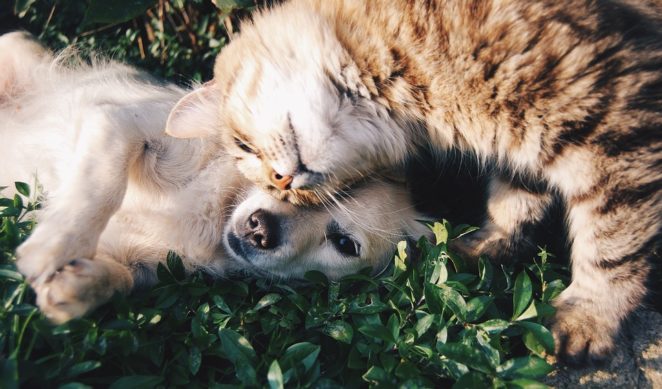 On the one hand is the argument that dogs are faithful and loyal to their owner in any situation, unlike cats that are self-seeking and only do what they want. On the contrary, it is argued that cats have more personality than dogs, which follow the owner blindly, and that yes, cats also have feelings.

In an attempt to qualify something as relative as intelligence in rational animals, scientists have quantified the number of brain cells and neurons in the cerebral cortex, the latter is able to predict the ability of the animals to predict in an environment that is not new. A recent study based on brain analysis of eight carnivorous animals (dog, cat, ferret, raccoon, hyena, lion, brown bear and mongoose) says that in terms of neurons, it is pointed out that dogs have more than the double of cats, it is then proved that dogs have greater biological capacity to perform more complex tasks besides a greater flexible ability. So according to the science dogs are smarter than cats.

However, the authors of the study do not forget to highlight that cats are very difficult to study since, as we all know, it is an animal that is difficult to control and does ‘what it wants’.