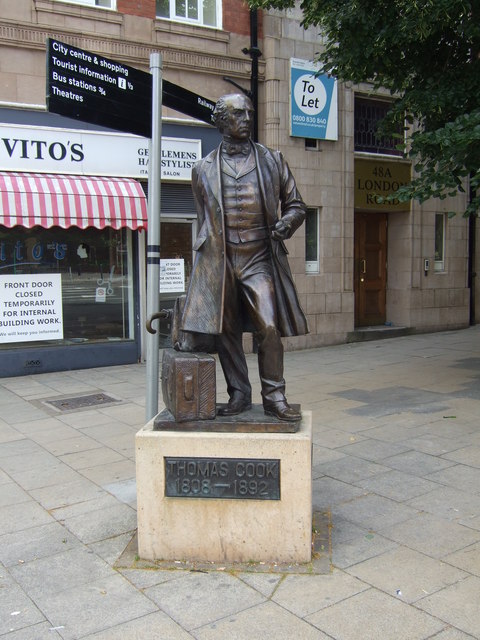 This is a very sad day for anyone connected with the Thomas Cook travel firm, which has collapsed. This was the UK’s largest travel company, employing around 20,000 people and with around 150,000 people currently overseas on holidays arranged by the company, many of them flown there on Thomas Cook planes, none of which will ever fly again with the same livery.

I pass this statue regularly every time I catch a train from Leicester, because it stands right outside the station. Thomas Cook was a cabinet-maker and evangelical teetotal Baptist who had the idea of arranging excursions by rail so that people could attend Temperance Society meetings. His first such venture, in 1841, took 500 people from Leicester to Loughborough and back, 11 miles away, which is why his statue is where it is.

But today the company that started from his small beginnings has gone to the wall, along with the travel plans and careers of many thousands of people.