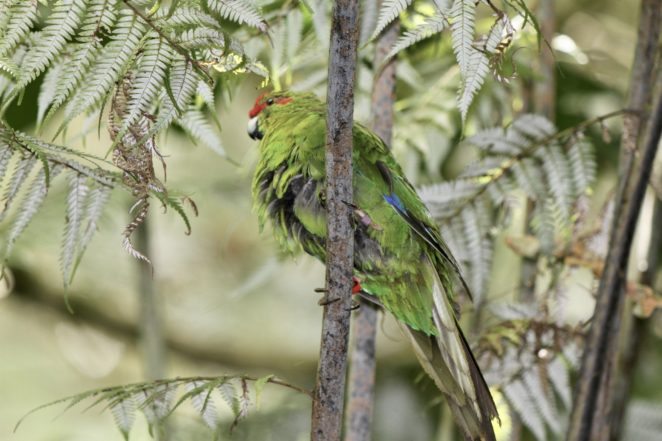 I was looking for something else this morning but couldn’t resist the bird. It is a New Zealand Kakariki Parrot from the Auckland Zoo. You will notice it is in our NZ bush settings so it is completely at home in it’s natural environment.

There are 2 types at the Auckland Zoo, the one with the red on it’s head, like this one and another that is bright Green. Both are endangered species. Some think it is wrong to put them into cages as they are birds, but the Zoo does it’s best to create the cage as a home and watches them. The Kakariki is an endangered species and it is man’s fault for introducing more predators to New Zealand in the first place like cats, rats, mice, stoats, ferrets, weasels, and opossums. Man is often the worst predator.

They live in a very large metallic tent that allows light to go through but prevents escapes and also prevents their predators.