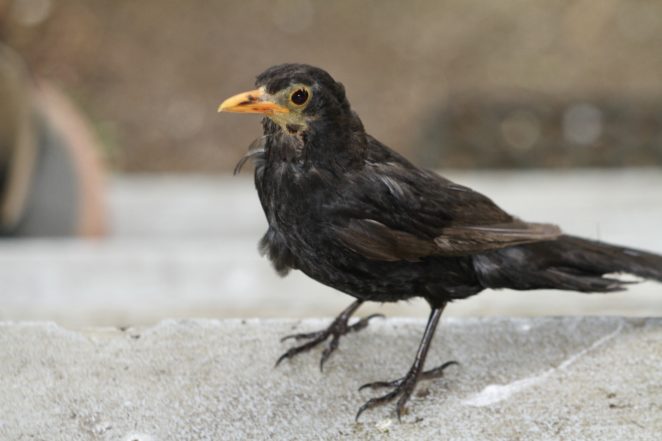 I have often fed cats belonging to others at my door, particularly Joel and Caesar.

Joel became so hungry and thin, nothing I gave him filled him so I gave him a worming tablet. Now he eats occasionally but he is not so hungry.

However, I have been visited by birds at my door step. This Blackbird in the thumbnail looking like a stunned mullet is one of them. The Blackbird family have been around since I arrived at this place, a worried looking father feeding his fledglings and the mother as well.

Its been fun watching these birds climb up my steps and help themselves to cat food. I do warn them about cats.